Is nucleosomal DNA ever degraded?

A hallmark of apoptotic DNA fragmentation is the digestion of DNA into individual nucleosomes. In addition, in the following experiment that tried to isolate the components of the nucleosome, the micrococcal nuclease only cleaved the linker DNA and not the nucleosomal DNA. 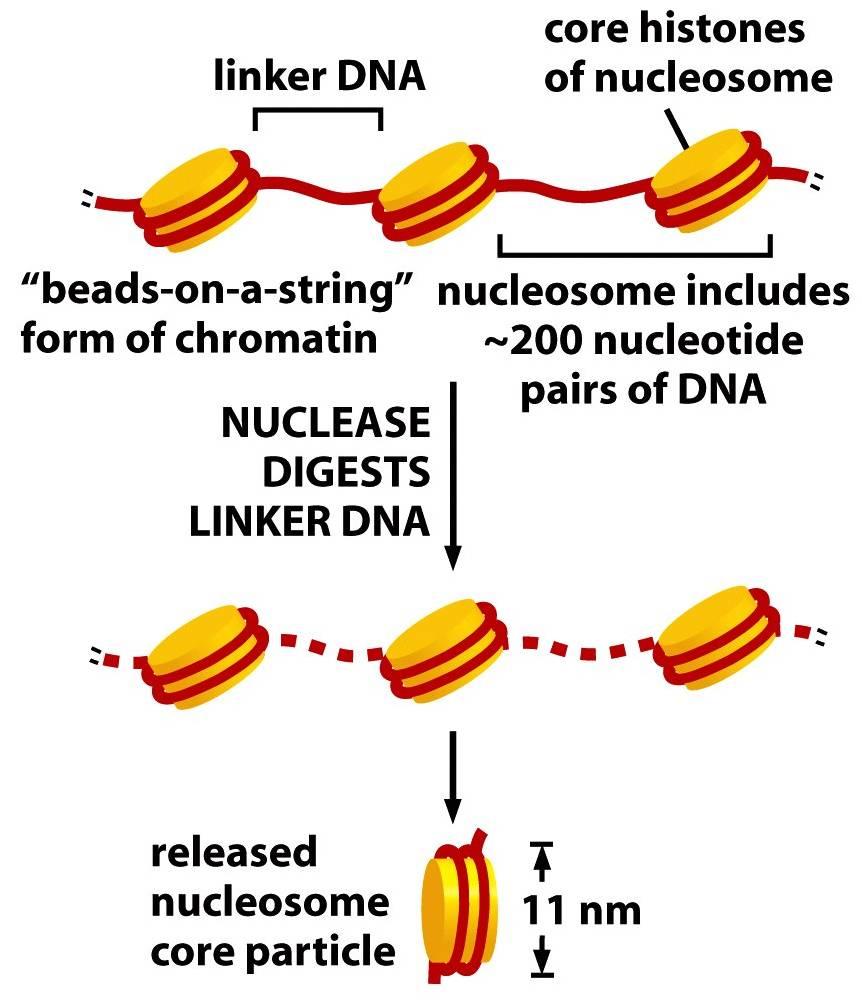 I've tried searching the internet but I couldn't find a clear answer to my question. Is nucleosomal DNA ever degraded? Are there nucleases that degrade it, and if there are, are they common? If nucleosomal DNA is not degraded, what protects it? The histone proteins?

Nice question! Nucleosome is quite a stable structure because of electrostatic attractions between the phosphate group of DNA and Lysine or Arginine of histone octamer1. In fact, both histone and DNA are known to protect each other from degradation: histone protects DNA from some kinds of damage2 and DNA protects histone protein from proteolysis3. Also, the histone protein gets modified whenever there is damage to nucleosomal DNA, so that DNA repair machinery can be activated4. Thus, nucleosome is not only structurally stable, but also tries to maintain its stability by its constituents protecting each other. 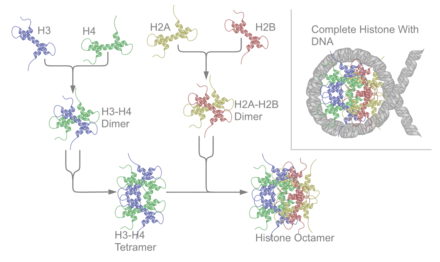 This stability has also been taken to a whole new level. In a research paper, scientists predicted that the reason for discovery of thousands of years old DNA, in intact form, is due to the stability of nucleosome5. They have even predicted that nucleosomal DNA can remain readable for even millions of years, because the time when histones start degrading is also the time when proteases and nucleases degrade, leaving very few chances for DNA to degrade.

But, nucleosomal degradation is not impossible. In a research, scientists concluded that the enzymes Caspase Activated DNase (CAD) or DNA Fragmentation Factor 40 (DFF40), together called CAD/DFF40, are indirectly required for degradation of nucleosome6. See this paragraph (I only pasted the main points):

We report here that in response to apoptotic signals from a death receptor (CD95 and tumor necrosis factor-$\alpha$) or mitochondrial (staurosporine) apoptotic stimulus, the core nucleosomal histones H2A, H2B, H3, and H4 become separated from DNA during apoptosis in Jurkat and HeLa cells and are consequently detectable in the cell lysate prepared using a non-ionic detergent. The timing of this histone release from DNA correlates well with the progression of apoptosis...Taken together, these data demonstrate that CAD/DFF40 functions indirectly in mediating nucleosomal destruction during apoptosis...In this study, we have found that core nucleosomal histones separate from chromatin in apoptotic cells, but that this is not simply a by-product of DNA fragmentation. This event is indirectly related to CAD/DFF40 in the sense that CAD/DFF40 is required but is insufficient for the apoptotic histone release.

Thus, though it was the only paper I could find, nucleosomal DNA can also degrade in the same way as linker DNA if larger amount of CAD/DFF40 is present to degrade it.

Not the answer you're looking for? Browse other questions tagged biochemistry molecular-biology molecular-genetics or ask your own question.

2
Extending a small fragment of DNA
6
What came first? The DNA or the DNA polymerases?
3
Can coding DNA be used for DNA fingerprinting?
6
Can translation ever occur without transcription?
1
DNA base pair heading
2
When in Ampicillin degraded (gone) in liquid TB-media? Concerns about selectivity
3
What Ultimately Controls DNA Transcription?
1
Expression of eukaryotic ribosomal DNA