Why is the internal capsule dark in this transverse section of the brain? 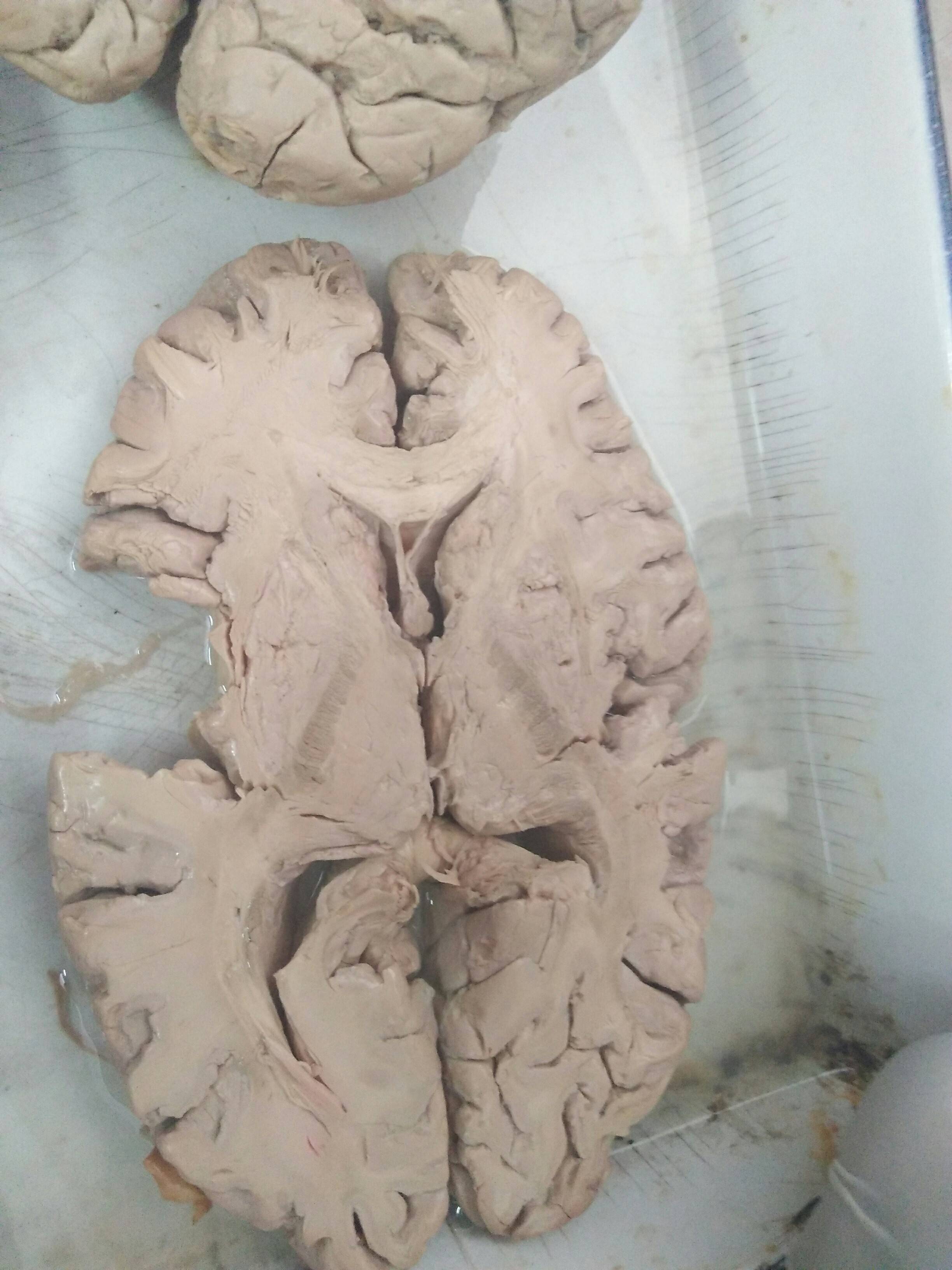 Why is the internal capsule dark in this transverse/horizontal section of the brain? If it is white matter, then why isn't it white?

P. S. : Formalin was used for fixation. Why the same color was not for remaining white matter.

Short answer
White matter is called white matter because it is relatively white compared to gray matter. However, in fixated specimens it is not as snowy white as in textbook pictures.

Background
The internal capsule is a paired V-shaped structure that is visible in horizontal brain slices (Fig. 1). It is a subcortical structure mainly consisting of fiber tracts connecting the cortex to the brainstem. 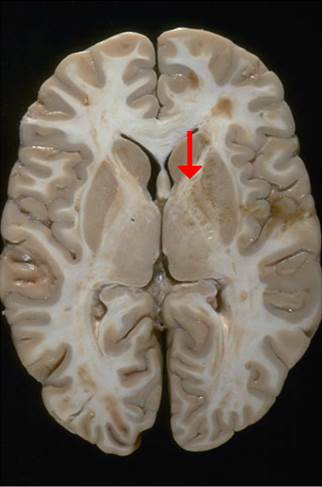 In Fig. 1 the structure is quite white'ish, but in the following two images you can see it is not always the case. 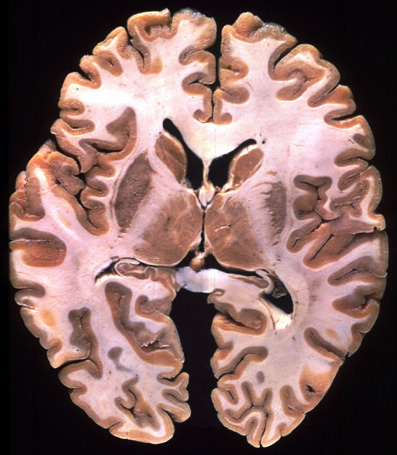 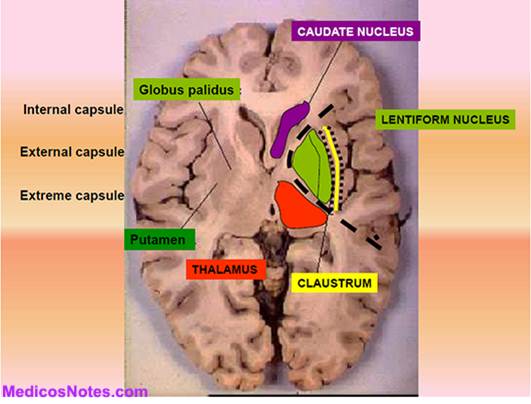 As you can see, the internal capsule is not always nice and white. Fig. 2 particularly shows a reddish taint of many white matter structures.

The internal capsule is well-vascularized (Schamann, 2003) and strokes in this region are associated with muscle weakness and loss in sensory sensitivity (source: Stanford Medicine). Hence, the red coloration may well be due to red blood cells that have not been completely washed out of the brain beore it was fixated. Also, non-specific coloring may happen over time in fixated specimens and many fixation artifacts can occur that lead to alterations in gross morphology (Chatterjee, 2014).

Not the answer you're looking for? Browse other questions tagged brain morphology or ask your own question.

5
How does toluene inhalation damage the brain?
7
What is the difference between different brain regions
35
Why is the brain white?
1
How does the brain regulate its temperature?
2
Confusion about the brain regions - temporal cortex, hippocampus and and white matter
2
Why is gyrification advantageous?