I am trying to visualize biradial symmetry. I have read the section in the Wiki entry on Symmetry in Biology but it is quite brief and there is no example to illustrate it. I haven’t been able to find one anywhere else on the internet.

In biradial symmetry, in addition to antero-posterior axis there are also two other axes or planes of symmetry at right angles to it and each other such as the sagittal or median verticular-longitudinal and transverse or cross axes. Such animals have two pairs of symmetrical slides i.e there are two planes of symmetry.

You can visualize it as a combination of radial and bilateral symmetry. The body has similarity on either side of a central axis but slight differences in sections next to each other if divided across any plane. 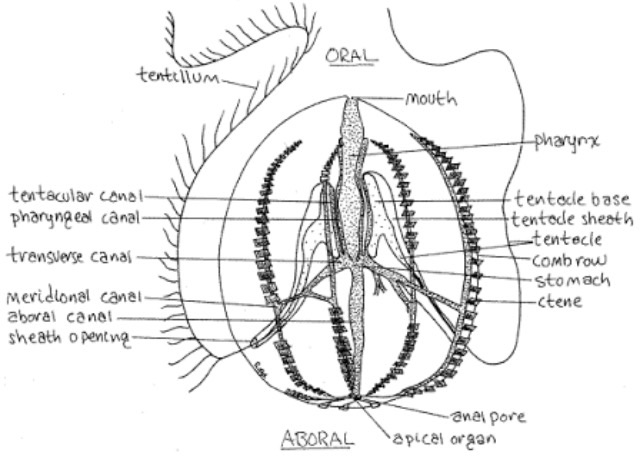 If you are interested in the evolutionary aspect, then read this.

The following image shows difference between biradial and radial symmetry: 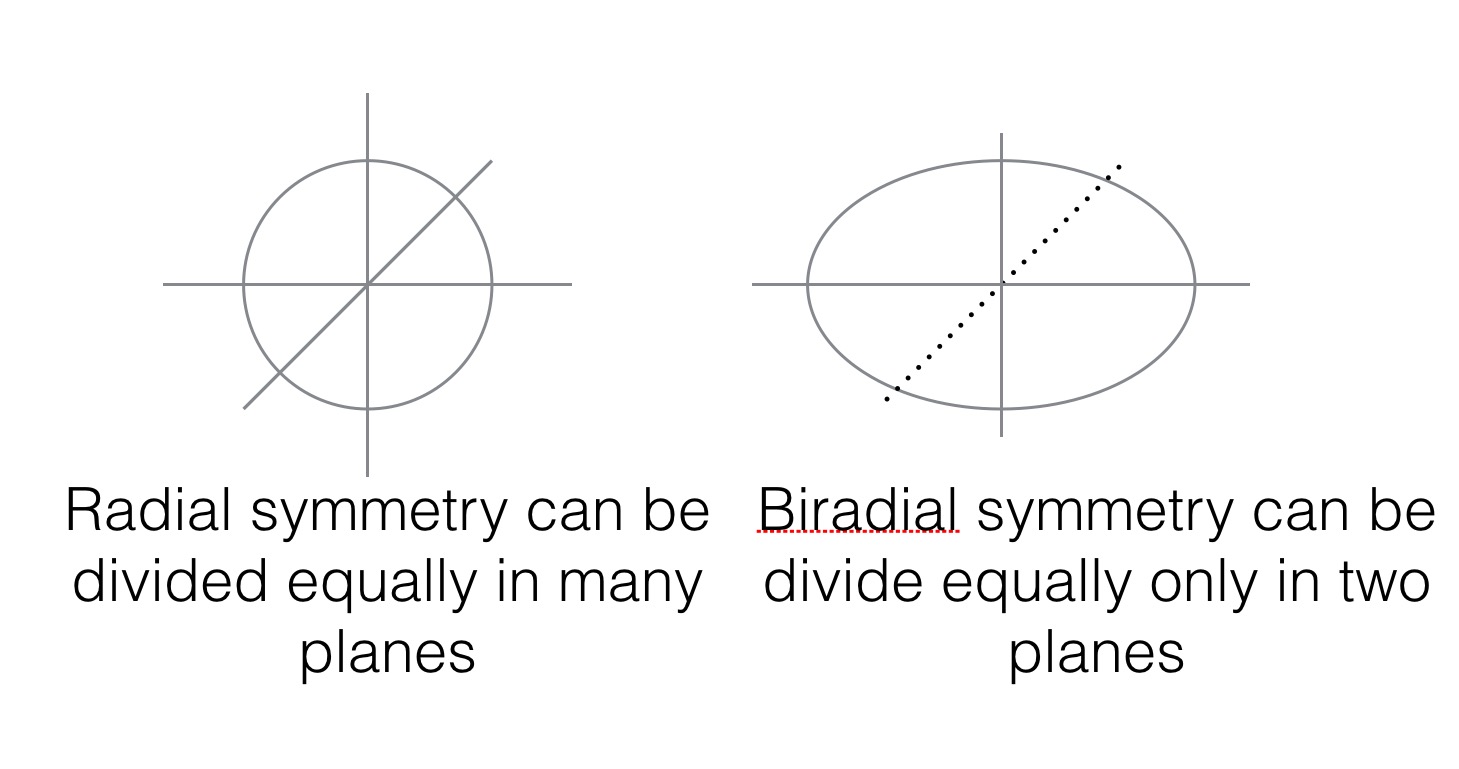 lets use a simple quadrant diagram to explain 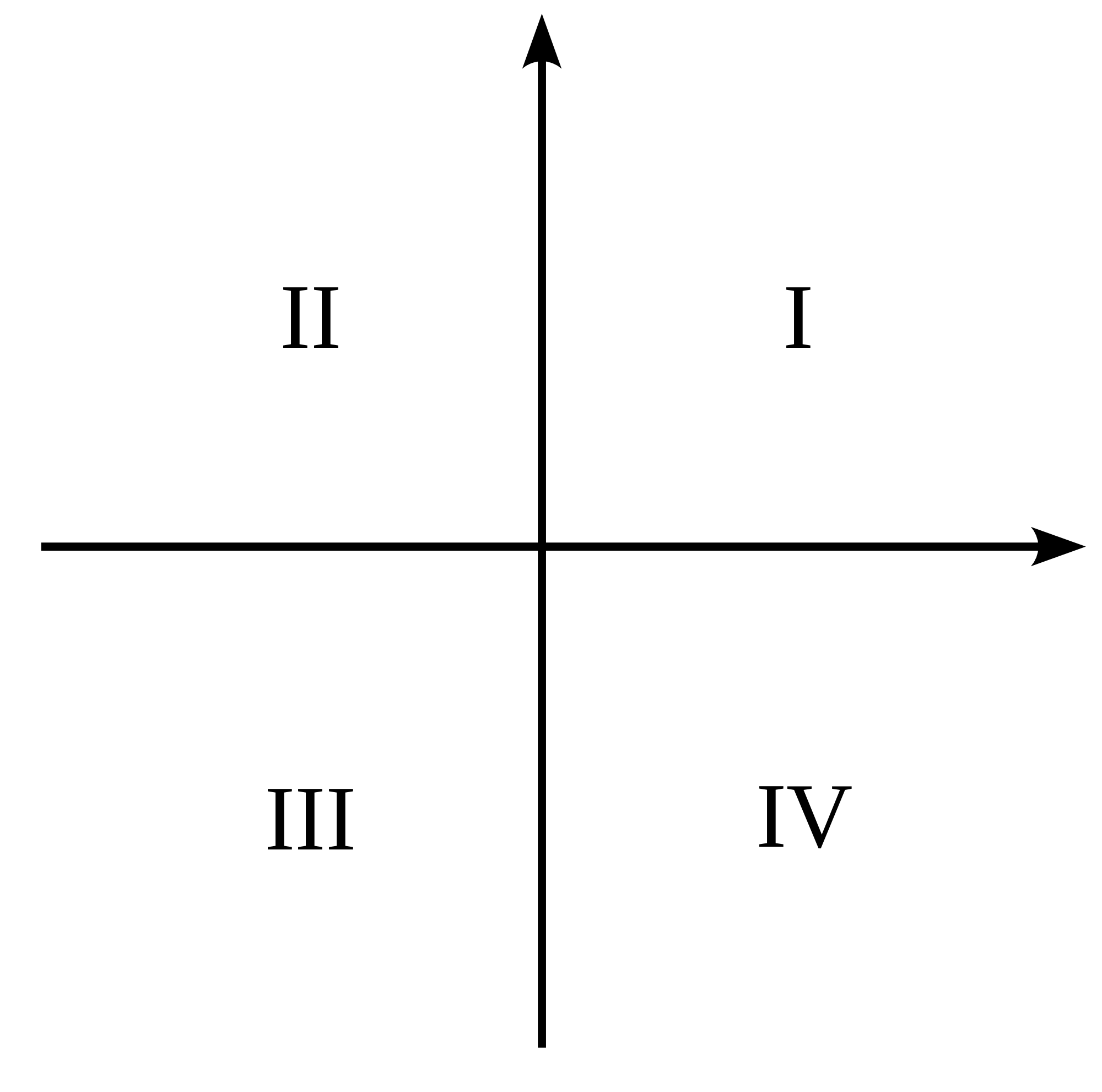 Another way you can picture it is radial symmetry but with only two sides, hence BIradial. Many believe it may be an intermediate stage between radial and bilateral symmetry.

A has a bilateral symmetry. Left and right part are symmetrical.

X has a radial symmetry (Tetramerous), anterior part (v) is symmetrical to posterior part (^) but also identical to left part (>) and right (<) as well which are made by a different plane.

5
Is recognizing one's own mirror reflection a valid test of animal intelligence/self awareness?
2
Does the red blood cell in frogs undergo amitosis?
4
Has a beneficial mutation ever been documented?
0
What kind of factors determine how someone looks according to their race or ethnicity?
1
What did the evolution of multicellular animals look like?
2
Development of radial symmetry in starfishes and other animals
6
By what mechanism do cephalopods regrow limbs?
2
Do you know what kind of bug this is?