What is this animal? Reminds me of a crab because of the way it crawls but it looks like a plant.

Crablike animal however it looks like a plant. Doesn't seem that fast when it comes to speed. 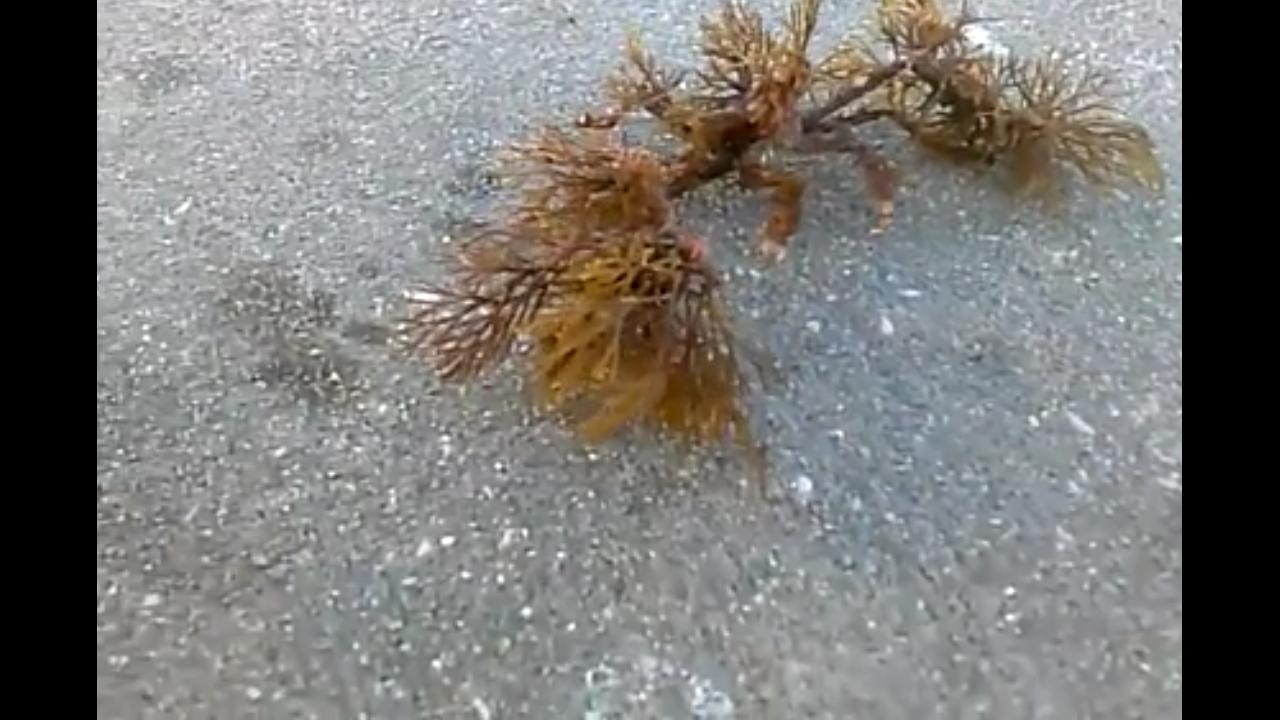 It looks like a clump of seaweed to me. But I can pick out pairs of legs.

It is a species of "seaweed crab" or "decorator crab": a crab that camouflages itself with bits of seaweed it picks up, so its appearance can vary depending on its surroundings. Here's a video, and as you say, in the speed department, it's a bit lacking.

It is identified as Naxia tumida as opposed to the larger decorator crabs. The cephalothorax is that round brown bump in the middle, and in front of it (in the middle below the long axis) are the pincer legs. The second and third pairs of legs have quite a lot of seaweed attached (making up what I've described as the 'long axis'.)

Here is a screenshot from the video of a Naxia tumida. 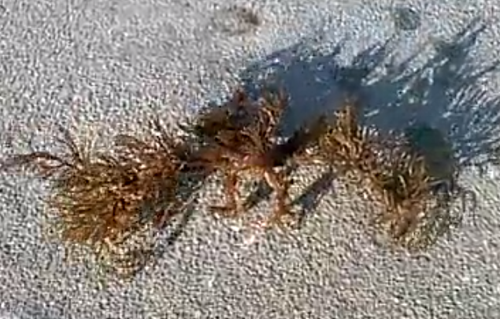 7
What's the difference between a plant and an animal?
7
Theoretically, is domestication of (virtually) any animal possible?
3
What kind of animal can do this?
34
Does this recording sound like the pulses emitted by bats?
1
Why are animals afraid of the vet?
30
What strange jelly-like thing is shown in the photo?
6
What animal does this skull belong to?
12
Hippos in infrared