What are these caterpillars eating a potato plant?

I saw these caterpillars rapidly consuming a potato plant in Central Texas: 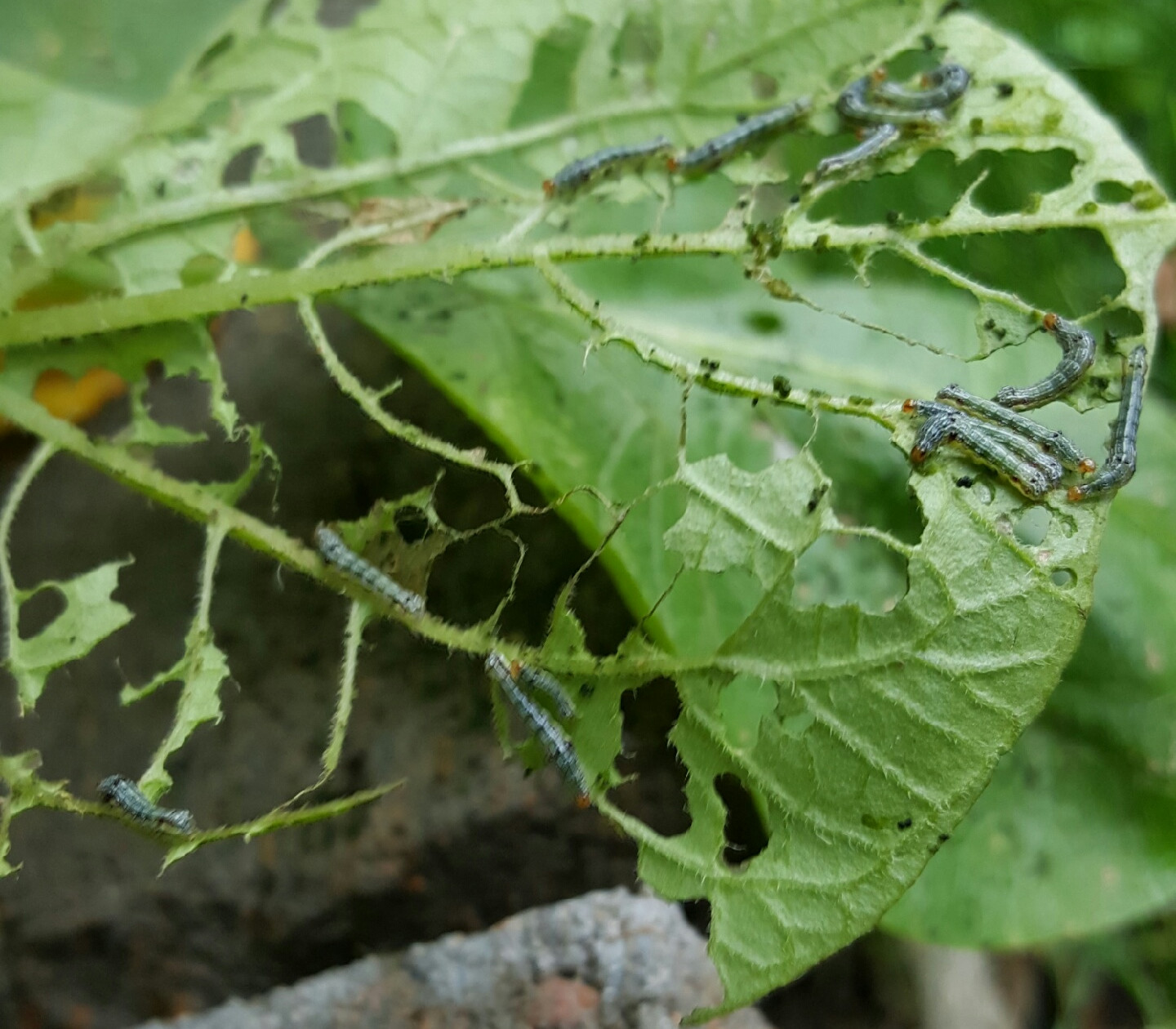 They have thin, dark green-blue bodies with yellow-white longitudinal stripes and a bright rust-red head. Their body seems to be covered in fine hairs which may be difficult to see in the photo. They are about 1 cm long.

On some leaves of the same plant I saw what appear to be eggs - little black balls 1-2 mm in diameter, with a shiny appearance reminiscent of black caviar (well, I suppose they are black caviar). They seem to cover only a handful of leaves, in groups of about 100 or so (rough guess). Some can be seen in the photo.

Curiously enough, nearby there were tomato and strawberry plants, but they were not affected, while the potato was extensively predated (a few dozen leaves consumed).

What are these caterpillars? How do you kill them?

I believe this is the middle instar of a Southern Armyworm (Spodoptera eridania) larvae. Or some closely related species in the Spodoptera genus (family Noctuidae). 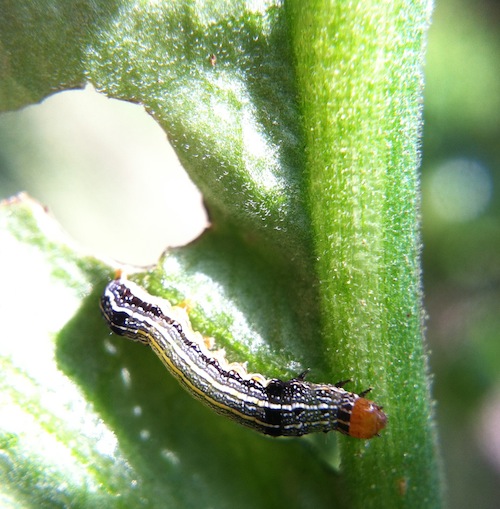 The larvae undergo six instars as they grow to attain a length of about 35 mm.

Armyworms are so called because you typically find 100s at a time on a single leaf or plant. According to here:

Armyworms strike in the blink of an eye, and there are so many in their army that you will be finding them for weeks after the primary attack.

Behavior: larvae are mostly active at night and hide on leaf undersides, in curled leaves, or in leaf litter during the day.

Range: native to the American tropics (occurs widely in Central and South America and the Caribbean). Also found in US (principally in the Southeast but extends West to Kansas and New Mexico). It also is reported from California.

Host Plants: This species has a very broad host range including important crops (including potatoes).

The picture in the question shows S. eridania's feces.

Finally, here's a picture of the nocturnal adult: 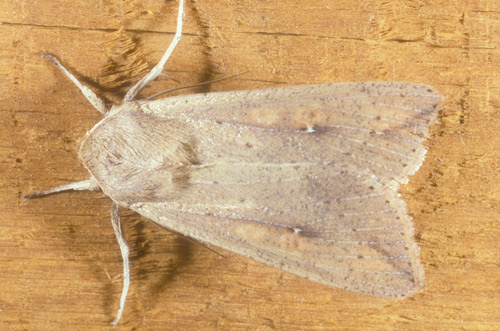 Not the answer you're looking for? Browse other questions tagged species-identification botany zoology entomology pest-control or ask your own question.