According to Physics, Black Body absorb all incoming light reflect nothing when compared to White body. This phenomenon is called Black-body radiation. So Melanin should turn your skin into white for protect the body from harmful rays in sunnier regions, that is not happening in Biology of Human Beings.

Then How Dark skin protects humans in sunnier climates?

My Question is different from this question because I mentioned physics subject also in my question.

Your question is based in a wrong assumption: that the epidermis should be white or that a white epidermis would reflect electromagnetic radiation and, therefore, protect the DNA against the ionizing portion of that radiation.

Before anything else: human epidermis without pigments (like melanin) has no color, that is, it's transparent. The white color we see in people with low melanin concentration is mostly due to the collagen in the underlying connective tissue1.

So, we have two possibilities: 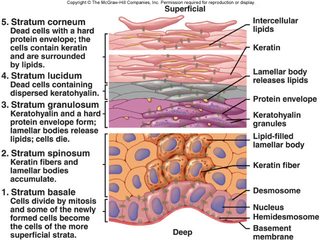 Of course, it's not a good idea allowing all that ionizing radiation getting to the DNA, and because of that possibility #2 was the selected one. Therefore, there is production/accumulation of a pigment in the epidermis.

But which one, a white one or a black one?

Two important pieces of information may help you to understand this point.

First, the white pigment assumption doesn't mean the pigment need to be white: the pigment only have to reflect the ionizing (UV) section of the spectrum. It could be of any color, even almost black. Actually, melanin does reflects some UV radiation2.

Second, and the most important: if a given pigment just reflects the radiation, this radiation can still go to other nuclei and reach DNA, just like the scattered blue light in the sky goes everywhere, up and down. It's way more logical (I'm not implying that evolution operates logically, I'm just addressing your question) having an pigment that absorbs the ionizing radiation, which is the case of melanin.

Not the answer you're looking for? Browse other questions tagged human-biology pigmentation or ask your own question.

8
Why do people have darker skin in sunnier climates?

8
Why do people have darker skin in sunnier climates?
8
How does skin healing work?
18
Why do we assume that the first humans were dark-skinned?
5
Do humans have skin cells that trigger oxytocin release in the brain?