According to InterPro, a paired domain is a DNA-binding element consisting of paired N-terminal and C-terminal subdomains, separated by a linker. PAX proteins follow this motif, and as such typically represent a class of helix-turn-helix transcription factors.

Box is the more interesting term here. In genetics, a box can be used to describe any regulatory element of a gene, including its promoter, UTRs and any enhancer or silencer elements. More loosely they also use box to describe coding segments of a gene, but in older publications.

Going back to Drosophila, however, studies in embryogenesis initially identified a protein called paired, a.k.a. prd. Homology studies into mammalian transcription factors found the presence of a prd-like domain in human HUP transcription factors, and these were renamed to PAX (ref). Thus, the naming of PAX family proteins classicaly denotes the presence not of a PRD regulatory element, but of a coding region for a prd-like domain in the gene product.

In addition to the other answer, the following is some historical context on the naming of these genes.

We have undertaken a systematic search for mutations that affect the segmental pattern depending on the zygotic genome... In [pair-rule mutants,] homologous parts of the pattern are deleted in every other segment

1986 May: Isolation of the paired gene in Drosophila.

Here we report the isolation of the pair-rule gene paired (prd)... Transcripts of prd exhibit a pattern of seven evenly spaced bands during late syncytial blastoderm, reflecting a double-segment periodicity...

1986 December: Characterization of the paired box domain in paired.

...we show here that the prd gene contains a third domain about twice the size of the homeo domain, the paired box...

1988 May: First use of the abbreviation Pax to describe paired box containing murine homologs to paired.

In response to a comment on the other answer:

Paired box refers to a DNA sequence/motif. The actual paired domain is a DNA binding motif present in some transcription factors. The crystal structure of the paired domain from prd has been solved. PDB: 1PDN. Expectedly, it doesn't really look like as box. 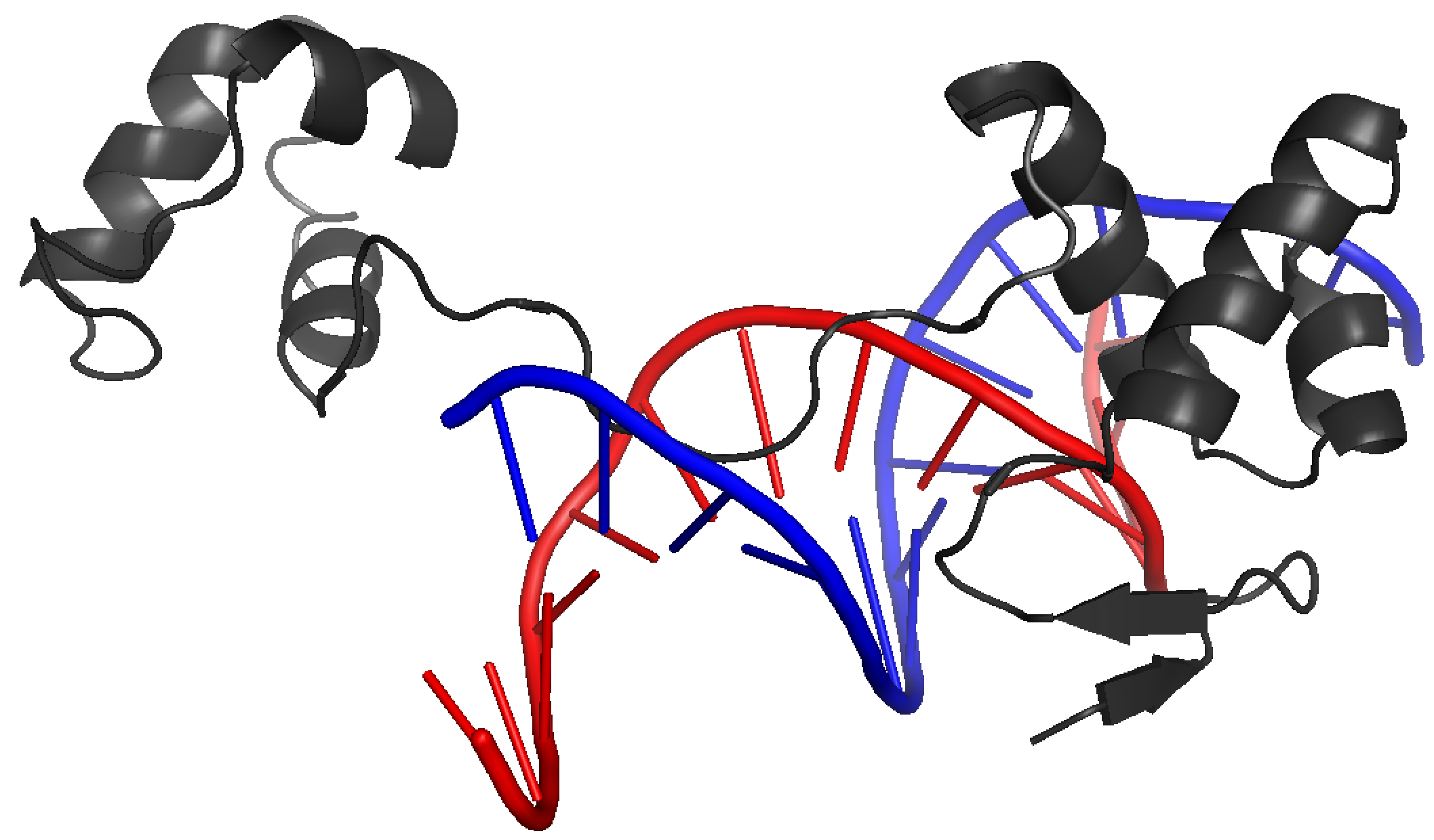 Not the answer you're looking for? Browse other questions tagged proteins terminology history transcription-factor etymology or ask your own question.

15
Can any protein be phosphorylated?
5
What do “e” “-” “C” and “E” mean in this output?
8
Is consuming proteins different vs. consuming amino-acids and how?
1
A question involving immunoprecipitation to identify interacting proteins?
4
Difference between dysentery and bloody diarrhea
1
What are the appendeges behind a crane fly's wings?
0
Meaning of “Domain with function to find” (FIIND)