Short Answer: Fever cannot cure Ebola simply because the virus is not temperature-sensitive.

Background: Fever is a defense mechanism of the body which is specific to temperature-sensitive virus and bacteria. It is so because high temperature induces stronger immune response and makes the body hostile for the pathogen1. Ebola virus, on the other hand, is not affected by this mechanism because it can survive over a much broader range of temperature. Ebola virus is moderately temperature-sensitive, and can survive in temperatures as low as 4°C2 and as high as 60°C3 (at least for half an hour). So, in practical sense, it is not possible to cure ebola disease by heating or cooling the body, either naturally or artificially. But, if we ignore practicality, then Yes, you can cure ebola disease if you take an ice bath or a steam bath for hours so that your core body temperature drops to 4°C (in former case) or 60°C (in latter case). However, it wouldn't be a very nice idea as your body would become hostile for yourself before becoming hostile for the virus. 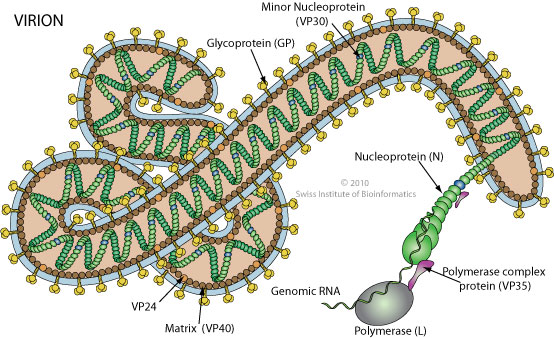 Having cleared the point about making body hostile for the virus, we are now left with another option: inducing stronger immune response. However, this will not work either because of a peculiar, but dangerous, property of such viruses: they use our defense system against us. Ebola virus, coming under the category of Filoviridae4, attacks host's immune cells, specifically monocytes and macrophages, to replicate inside them. This serves dual purpose; first, the virus has its work done, and second, it kills the host's immune cells. Although how ebola enters into immune cells is not understood, but it has been shown that the virus is helped by the host's antibodies in entering into immune cells5 (quite ironic). Ebola virus can also accomplish this through a process known as macropinocytosis6 (a form of endocytosis). You can refer to this page for its life cycle as well as the diagram of the ebola virion which I've used above, or just have a look at the diagram below from here: 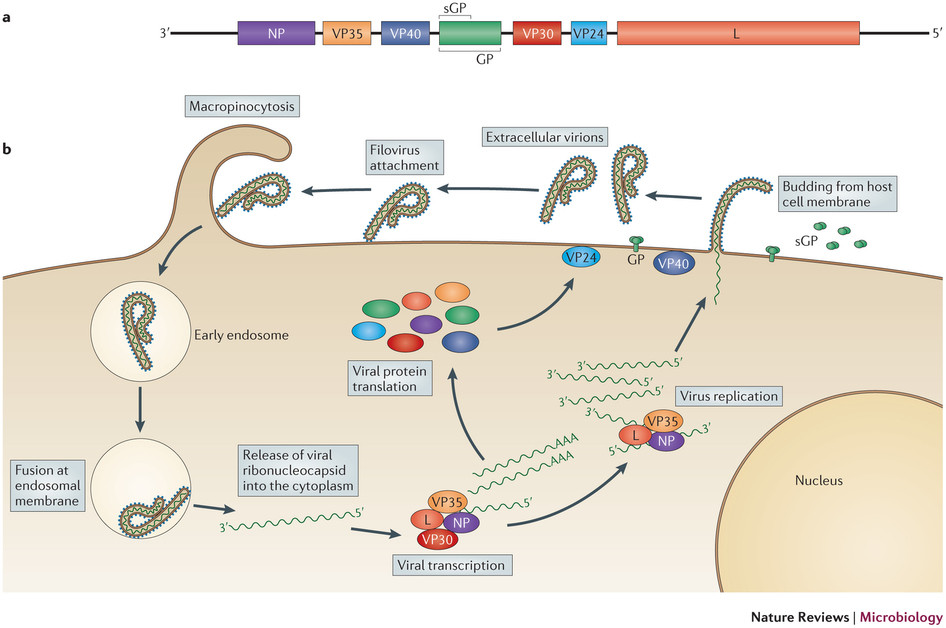 Not the answer you're looking for? Browse other questions tagged biochemistry immunology immune-system ebola or ask your own question.

56
What is the benefit of fever during infections?

2
Are there any viruses or bacteria which have evolved to withstand higher temperatures due to fever
7
Why can't the immune system start at the mating time?
9
To what extent is Ebola airborne? (aerosols)
3
Can suppression of the immune system help cure chronic diseases?
11
Why does the HPV vaccine not work on already infected people?
1
Why do we have an immune system?
6
Why don't allergies cause fever?
1
Can you still contract a disease after being vaccinated and be able to spread it?