Can a pyruvate reaction to acetyl coA be called as acetylation in any way? [closed]

Can the oxidation of pyruvate to acetyl coa be called as acetylation in some ways? Please include credible sources in the answer.

Acetylation is defined as1:

Acetylation (or in IUPAC nomenclature ethanoylation) describes a reaction that introduces an acetyl functional group into a chemical compound.

If the reaction is catalyzed by pyruvate dehydrogenase: In this case, first of all the reaction that you refer to is termed as pyruvate decarboxylation (rather than oxidation, although it won't hurt either). As @WYSIWYG has said in comments, it is not a simple reaction, it involves three steps (+ 2 steps for regeneration of complex), each catalyzed by different enzymes. The name given for the whole complex is pyruvate dehydrogenase complex (PDC)2. The steps involved are3: 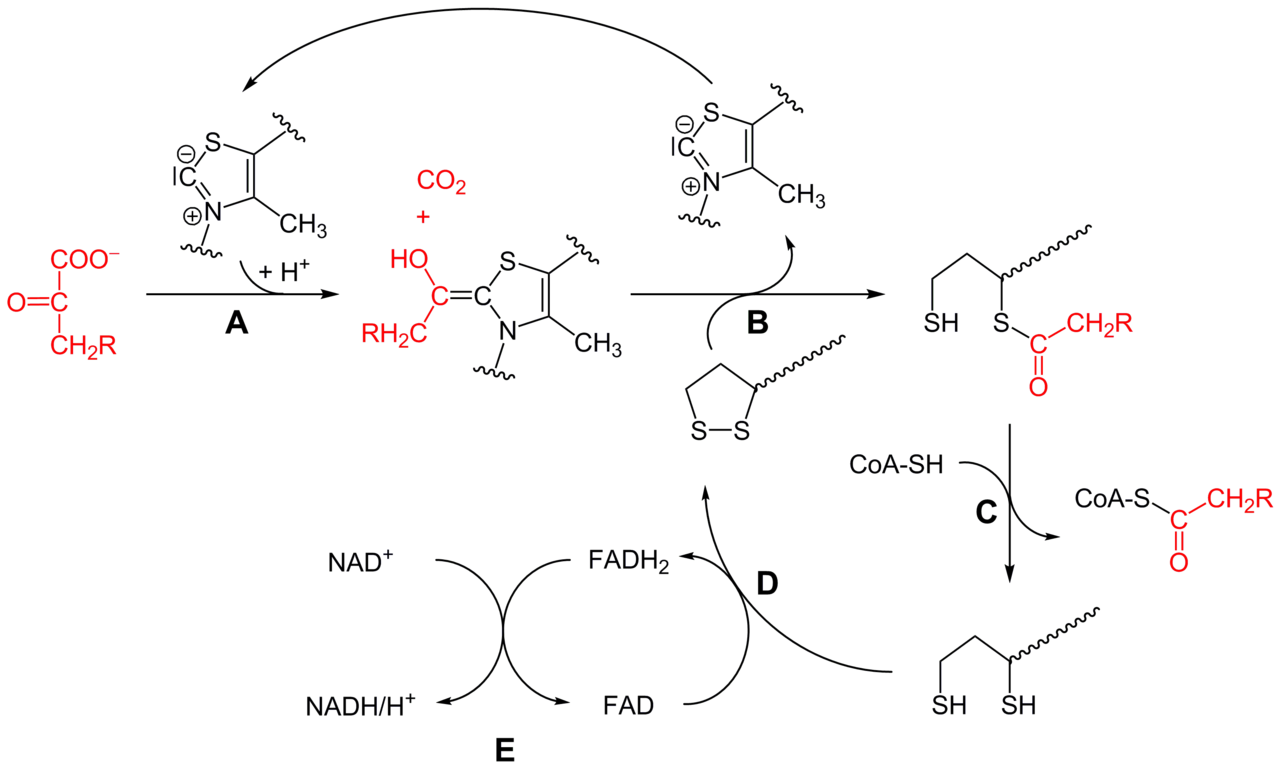 The enzyme is of two types: AMP forming and ADP forming5: 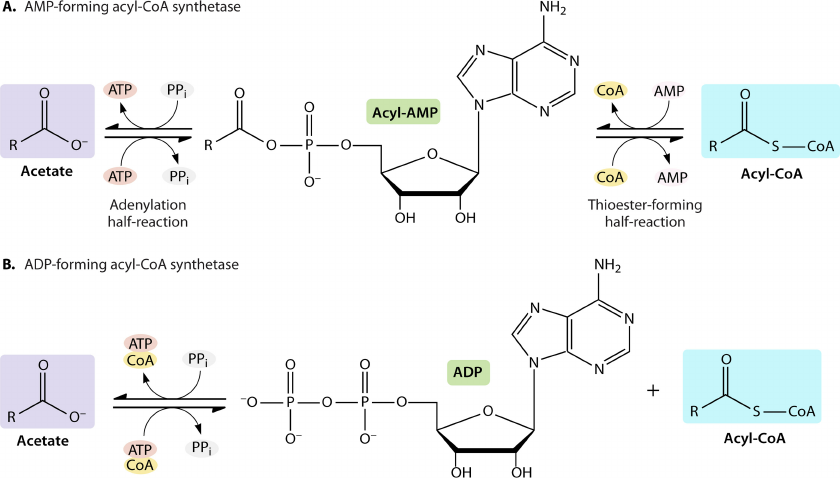 So, as long as the conversion is not one specifically catalyzed by pyruvate dehydrogenase, we can say that Yes, conversion of coenzyme-A to Acetyl-coA is an acetylation reaction.

2
How does this diagram illustrate carbon cycling in lakes?
2
How does the matter that makes up the fat of your fat cells ultimately leave your body--following weight loss?
3
Missing 4 $\ce{H_2O}$ (per glucose) in Cellular Respiration… Where can they be?
4
Cellular Respiration/Fermentation Problem Leading to Lack of Energy
9
How do plants get their O₂ for respiration during the night?
7
About acetyl-coA in the Krebs Cycle of respiration
3
Is glycolysis the beginning part of fermentation, or does fermentation follow glycolysis?
2
Pyruvate oxidation - where did the hydrogen come from?
9
What are the sources of molecular hydrogen in human breath?