We found this bug in a bedroom in southern California. It's small: the body is about 5mm and the length including legs and antenna could be up to about 10mm. It's mostly black, though the abdomen from the bottom appears to have gold highlights under light when I used a flashlight. In sunlight it appears somewhat brownish. It looks like it has wings which forms sort of an "X" pattern on its back. The legs are dark black or brown but may be somewhat translucent in sunlight to appear an orange-gold color.

What species is it? It looks to me a little like a plant bug (phylinae?) or roach or beetle but I'm not sure. And could this species bite? 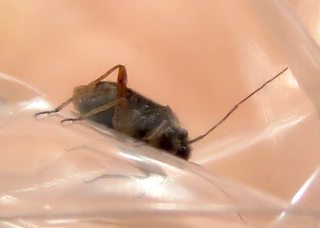 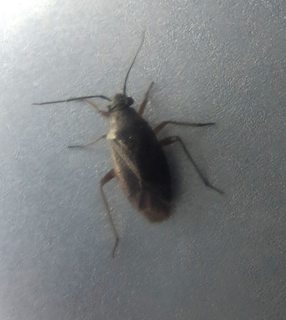 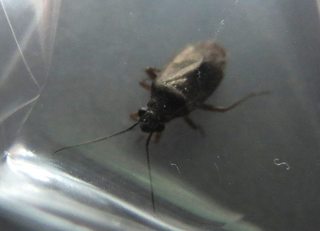 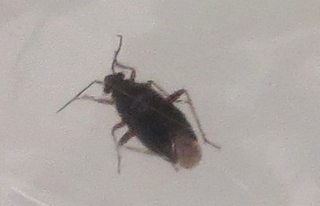 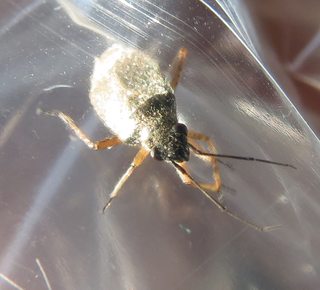 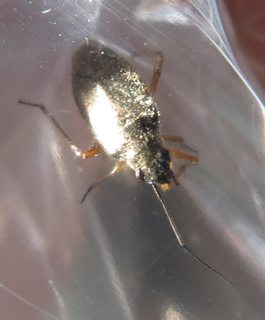 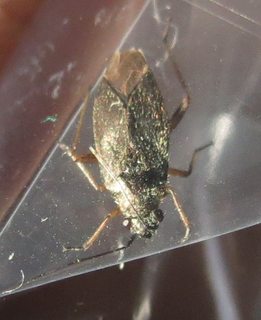 This is a plant bug (family Miridae); going deeper isn't possible on the basis of a photograph, except for some common economic species (the key to genera in How To Know the True Bugs is almost 200 couplets long!). Most species of the family are plant feeders (hence the common name); biting humans is unlikely.

The top right photo [from the OP's post] shows that the front wing has a cuneus (a section of the hardened part of the wing on the outer margin set off by a groove), which is characteristic of that family and the broad-sense "Anthocoridae" (which includes three smaller families); none of the photos show simple eyes (the eyes we see are compound), which eliminates "Anthocoridae" and the subfamily Isometopinae of Miridae; the remaining seven Nearctic subfamilies are still possible

3
Can Anyone Identify This Bug
4
Bug Identification: Is this small tubular, black bug a bed bug?
3
Can anyone identify this bug?
5
Identify little green long legged bug
3
Help identify this small spiney praying mantis?
5
Can you identify this (possibly waterstoring) plant?