What would be a reason for a tree to have flowers of different colors?

The spring is here and the cherry trees along my street are blooming again! Some trees have white flowers, some dark pink. But then... there're these trees which are all white yet just a few flowers are pink, just like that: 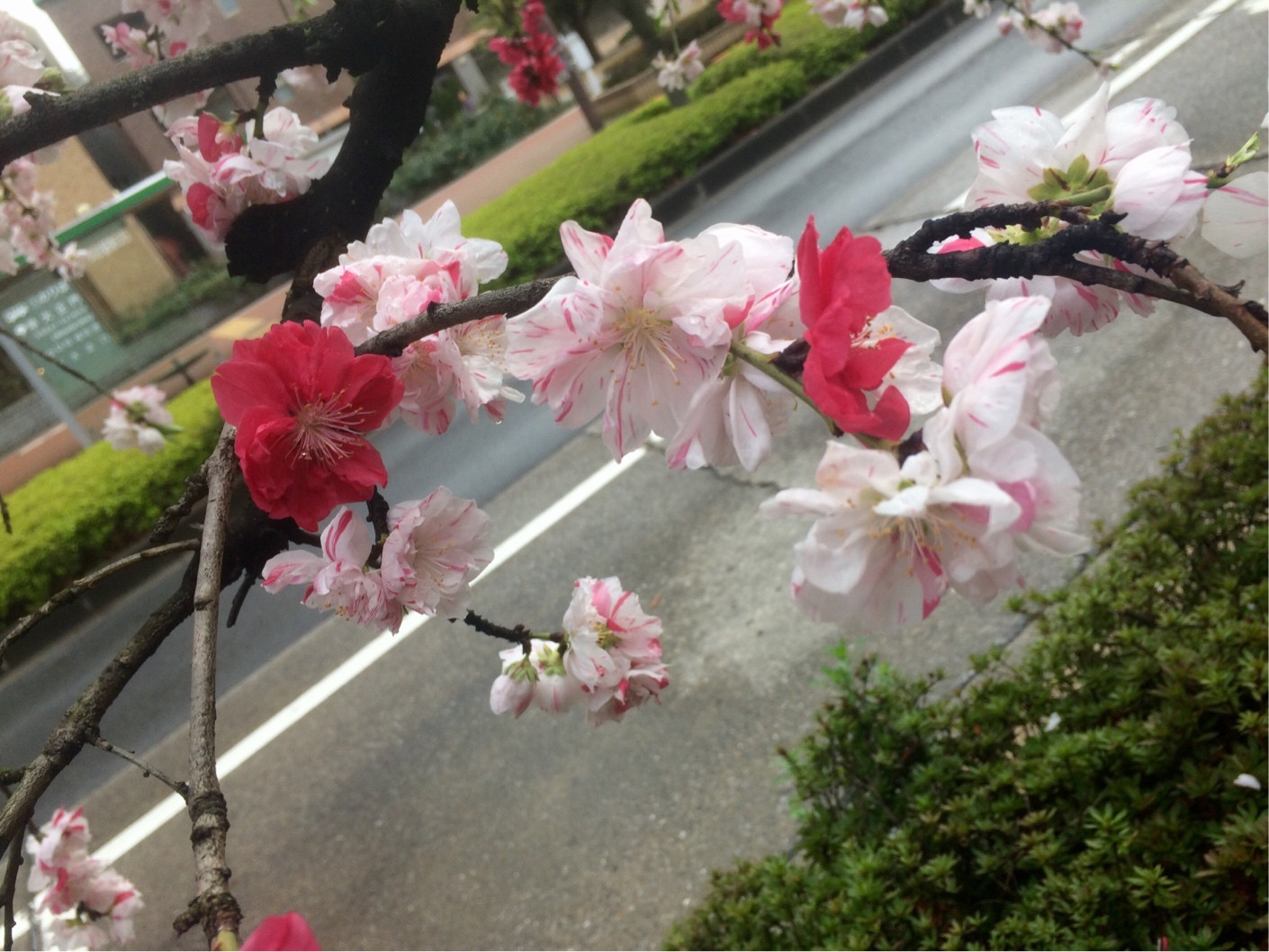 Is there a layman explanation for this phenomenon?

This is probably an example of Co-Dominance

As you may have learned according to mendelian inheritance there exists dominant and recessive allels. However in reality there also exist phenomena like incomplete dominance and co-dominance where no specific allels are said to be dominant over the other.

There are a couple of possibilities for what's going on here:

Importantly, PEV silencing--like the transposon jumping--is inherited when cells divide, so if a stem cell that eventually makes a whole flower silences the pigment gene (or transposon jumps out), the whole flower will be white. If the silencing happens later in development, maybe when the early divisions forming the flower have happened, then a single petal, or just a sector of a petal, could be white, and the rest pink. Such sectoring is a telltale sign of PEV or transposon-related effects.

In your photo and description, the tree is mostly white, and individual sectors are pink, not vice versa. If the cause of the color switch is PEV, then the pigment gene's 'default' in this tree being silenced, with the silencing randomly moving away from the pigment gene in some cells. Or there could be a particularly active transposon that tends to bring gene silencing along with it at play here.

Not the answer you're looking for? Browse other questions tagged botany flowers or ask your own question.

22
What determines the spiral direction of plants?
12
What is this small tree?
13
What tree is this?
0
When does a jalapeño begin to produce heat/capsaicin?
5
Trick fruit trees into flowering later in the spring
5
What is this plant, and is it edible?
3
What species of tree is this (found in Navarre, Spain, many tiny flowers)?
35
If plants benefit from carbon dioxide, why is car traffic something bad?