I am not sure whether the word "touch sensitive" is precise enough. What I am looking for is a list of plants that respond to touch noticably like Mimosa Pudica. I only know of Mimosa Pudica example. Is there any other such plant?

Some of the plants that respond to mechanical stimuli: 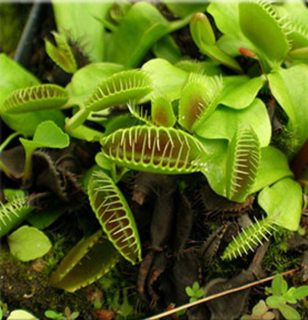 'Venus’ Flytrap (Dionaea muscipula) accomplishes one of the more spectacular thigmonastic movements resulting in a swap of the role of predator with animals (Simons, 1992). Indeed, Darwin referred to it as ‘one of the most wonderful in the world’ (Darwin, 1893). The specialized bi-lobed leaves with needle-shaped tines on the leaf margins are generally spread open as invitations to visitors. When an unsuspecting insect crawls along the ventral leaf surfaces and bumps into the three small trigger hairs (Curtis, 1834), intercellular electrical signals are generated (Burdon-Sanderson, 1873; Jacobs, 1954; Jacobson, 1965; Simons, 1981) and are thought to trigger differential enlargement of lobe cells (Fagerberg & Allain, 1991), resulting in trap closure in less than a second. Generally, multiple stimulations of one or more of the trigger hairs are required for a response.1 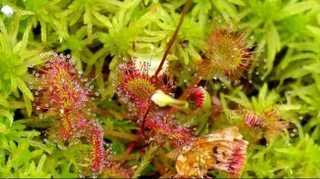 Distinct touch-induced carnivorous behavior is demonstrated by Drosera rotundifolia, a species examined in detail by Darwin (Darwin, 1893). The mucilage on the ends of the Drosera's tentacles glisten in the sunlight (Fig. 2a,b) and give the plant its common name ‘Sundew’. Over 100 tentacles can cover the surfaces of its modified leaves. This showy appearance attracts insects, which upon alighting on the tentacle surfaces become trapped in the gluey substance. The tactile sensitive tentacles detect the presence and further movements of the insect as it struggles to be released. In response, neighboring tentacles bend towards the ones directly stimulated by the prey's presence.1 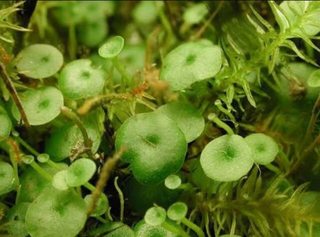 The Utricularia trap, attached via a stalk to the rootless plant body (Fig. 3a), is a thin-walled hollow sac with a watertight trapdoor. When the trap is set, the outer walls are concave and the chamber is under negative hydrostatic pressure. Various appendages, some with mucilage-secreting glands, have roles in luring prey to the trap door entrance and others near the bottom of the door are the touch-sensitive triggers. Small creatures, such as water fleas, are examples of those that fall prey to Utricularia traps.1 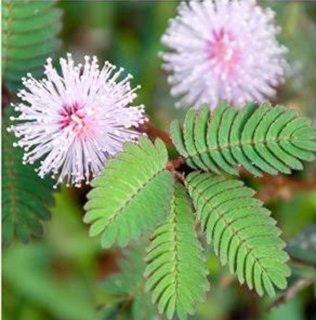 Mimosa pudica, known as the sensitive plant, and some of its relatives are other well-known thigmonastic plants. A touch stimulation results in a very rapid folding up of the small leaflets composing the doubly compound leaves. Remarkably, the touch response is not restricted to the stimulated leaflet, but can propagate to all the neighboring leaflets of the leaf (Simons, 1981; Malone, 1994). A stronger stimulus, resulting in wounding, can elicit folding behavior at distantly located leaf petioles (Simons, 1981; Malone, 1994).1 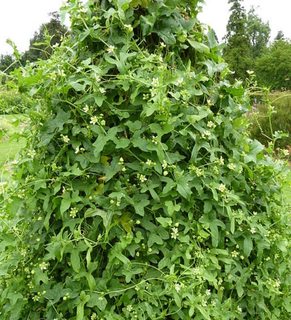 Elmar Weiler and colleagues have found that an increased level of octadecanoids, in particular 12-oxo-phytodienoic acid (OPDA), correlates with touch-induced Bryonia dioica tendril coiling (Stelmach et al., 1998; Blechert et al., 1999) and that OPDA, and related analogs that cannot be converted to jasmonic acid (JA), are sufficient to cause tendril coiling with physiologically relevant kinetics in the absence of a mechanical stimulus (Weiler et al., 1993, 1994; Blechert et al., 1999).1 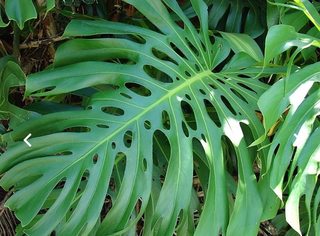 The Monstera vine has an unusual technique for finding a host tree to climb. It travels by growing along the ground in search of the darkness of a tree's shadow; this movement towards darkness is called skototropism (Strong & Ray, 1975). The vine completes its journey when the vine apex senses arrival at the host tree by the resulting touch encounter. A dramatic change in growth direction then occurs. The Monstera vine begins an upward climb of its host tree (Strong & Ray, 1975), and leaf and stem development changes in anticipation of increased light and productive photosynthesis.1 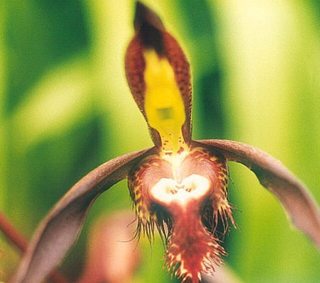 Male flowers are poised to respond to visitors that contact antennae in the center of the flower by the release of stamen filaments held under tension by petals. The force by which a sticky disc with pollen sacs hits the chosen pollinator can be strong enough to knock a bee from the flower (Simons, 1992). This experience and the burden of the attached large pollen sac can be so traumatic that the bee will carefully evaluate potential future visiting sites and strongly prefer female flowers rather than the explosive male ones (Romero & Nelson, 1986). In this way, male Catasetum flowers may have evolved to compete for exclusive pollination rights of female flowers (Romero & Nelson, 1986).1 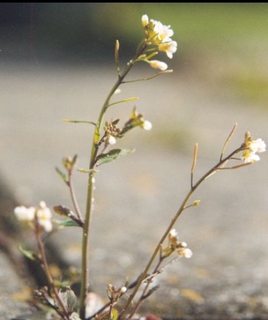 When Arabidopsis roots encounter glass barriers, gravitropism appears to be compromised and thigmotropism occurs instead. The touch-stimulated roots neglect their propensity to grow towards gravity vector and instead grow away from the perceived point of mechanical contact. The interaction of touch and gravity may occur at the subcellular level; touch can delay one of the earliest known graviresponses, the falling of starch granules in the root columella cells (Massa & Gilroy, 2003).1

Not the answer you're looking for? Browse other questions tagged botany plant-physiology species plant-perception or ask your own question.

46
How does the sensitive plant detect vibrations?
7
Family tree for edible plants?
5
Are there venomous plants?
3
What types of plants are Gibberellin used on?
0
Why don't all plants grow like weeds?
4
Visual Quality Indicators for Soil and Plants