I have tried all books and internet resources I know of, but I still have no idea what this might be â€” a lichen or something else.

At first glimpse, I thought it was something man-made and unnatural, but then I looked closer and saw how it appears to be attached and growing. It grows on exposed rocks well above the high tide. The photo is taken in late March, on northern Vancouver Island. It's loosely attached to the rock.

It was somewhat abundant around the general area (within of a few km), but I haven't seen it elsewhere - although I'm not from BC so there might be a lot of this around. 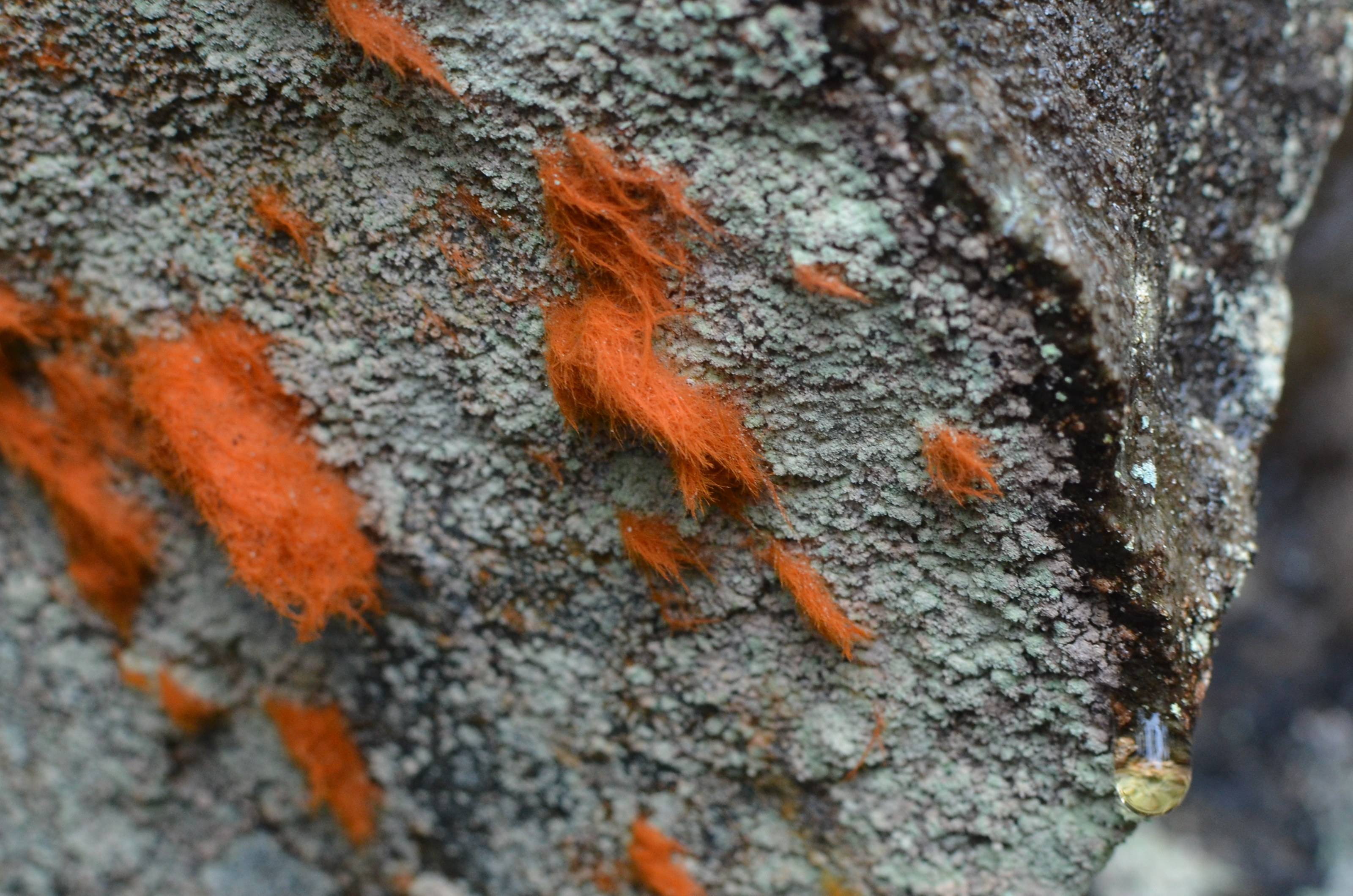 The water droplet in the lower right corner give a rough sense of scale.

Edit: Adding another photo in which I just noticed a streak of white, which I included in original resolution. 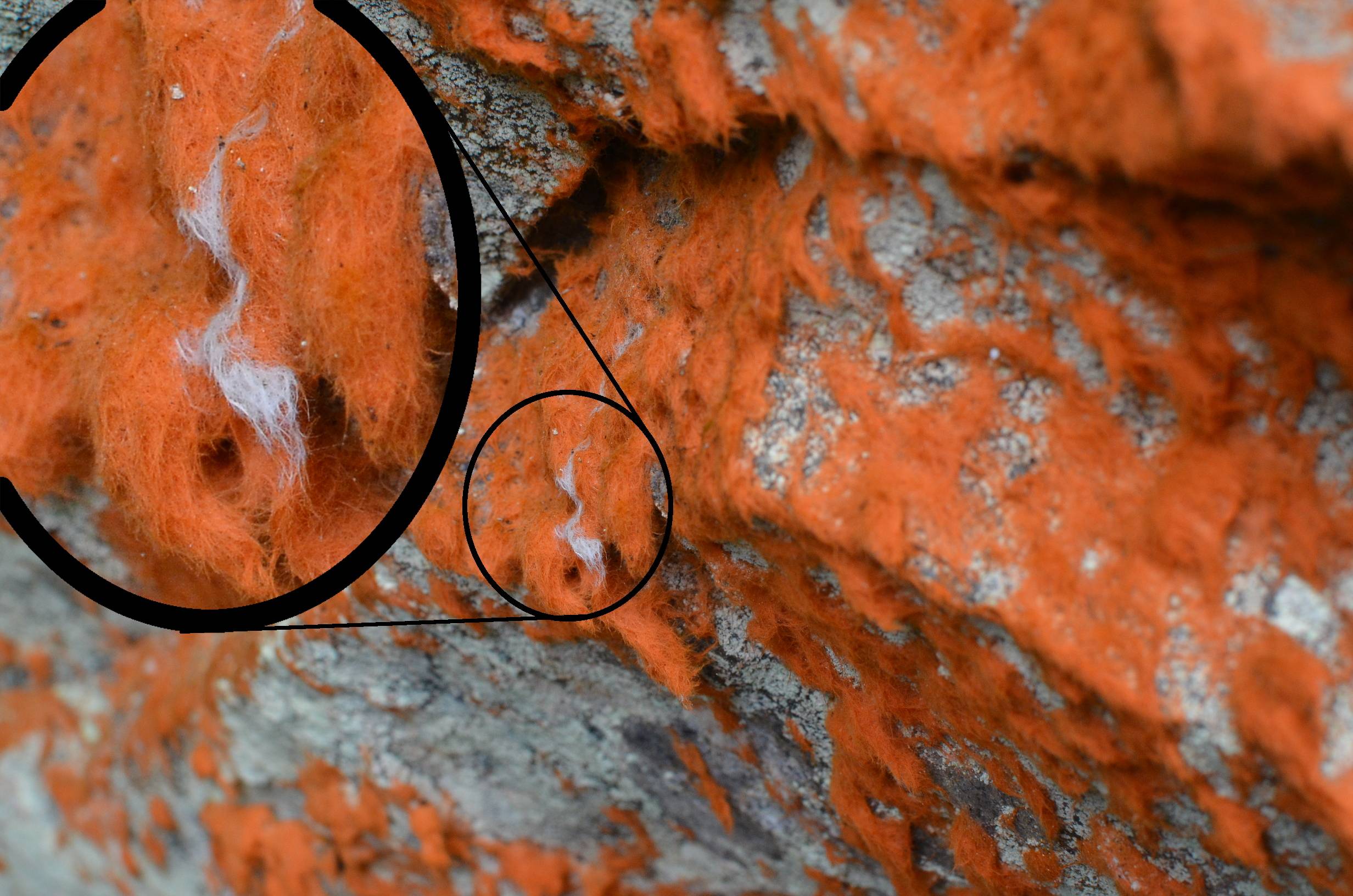 I want to propose you expand your search to a broader taxonomic scope. Specifically, I think you might be looking at a species of "red" green algae (family: Trentepohliaceae).

For example, the following algae (picture from England) looks fairly similar to your specimen: 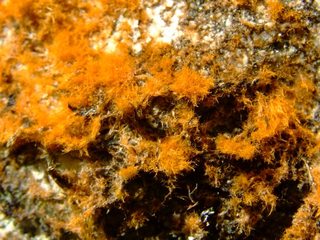 If your specimen is a species in this family of algae, it is most likely in the Trentepohlia genus (or possibly Printzina genus).

Trentepohlia is a genus of filamentous chlorophyte green algae in the family Trentepohliaceae.

Here's a picture of a free-living Trentepohlia species from coastal Oregon, USA: 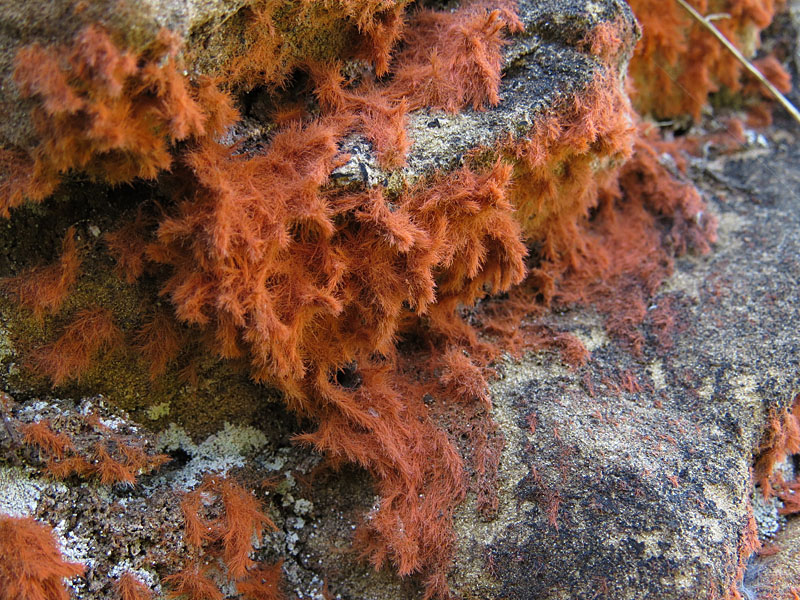 Not the answer you're looking for? Browse other questions tagged species-identification botany ecology or ask your own question.