What bird is this?

Not very good pictures, but saw this bird I have never seen before out my window 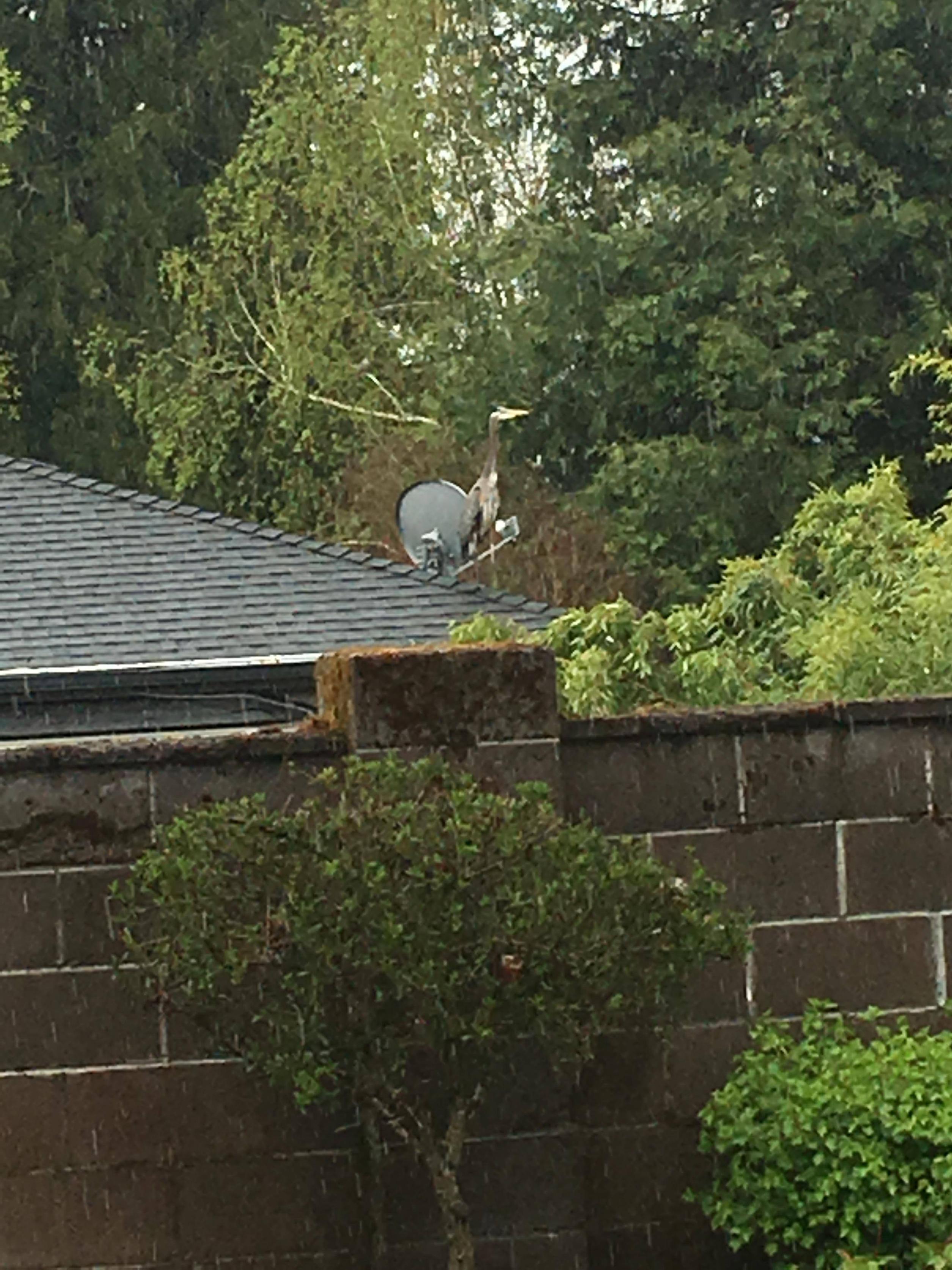 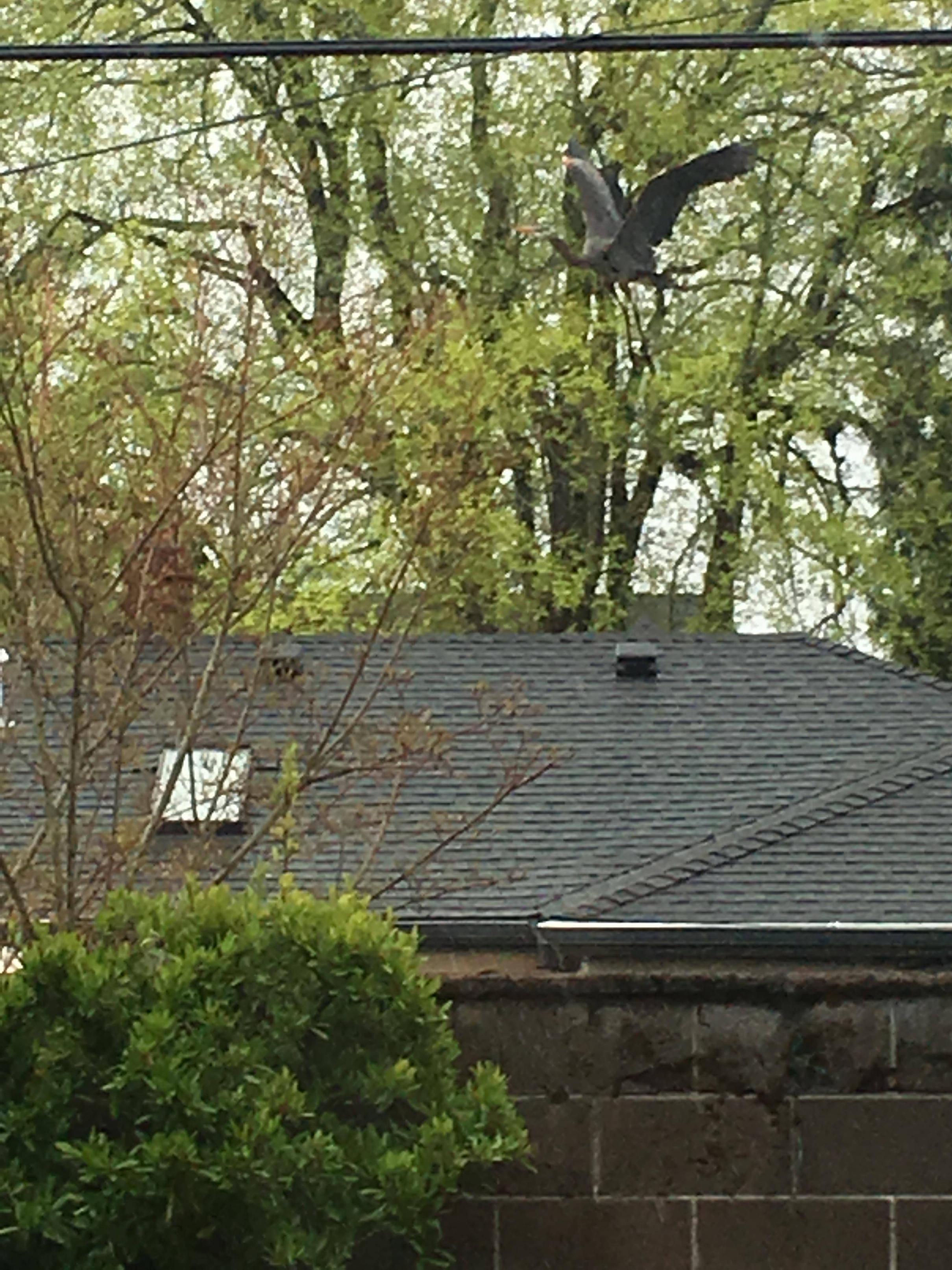 Although the picture is blurry, this almost certainly is a great blue heron (Ardea herodias). 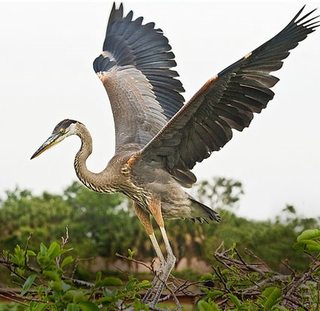 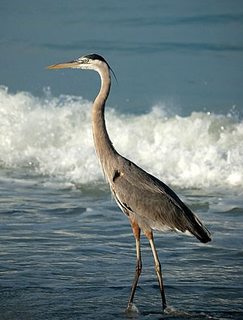 The coloration and size are what give it away. From All About Birds:

Ecology: The heron typically feeds on fish and spend much of its time in marshes, along streams/lakes, or near other bodies of water. I would guess you have a body of water or swampy/marshy area somewhat nearby where you saw this specimen.

How to distinguish from other (seemingly) similar species?

10
What's the name of this bird?
62
A new species of small bird?
47
I just saw this bird outside my apartment. Anyone know what it is? (Texas, US)
0
What species is this bird (found in Cousset, Switzerland)?
5
What is this rather large insect in northwestern USA?
7
What kind of big bird is this seen walking around Taipei?
17
What is this little owl-like bird?
1
What is this giant insect that just bounced off a second-floor glass door?
0
What bird / animal has this call?