What is this small tree?

I found a dozen of these small trees in a local park that is just an overgrown homestead. The leaves look something like an elder but the flower clusters surrounded by white, four petaled false flowers are completely unknown to me. What species is this? 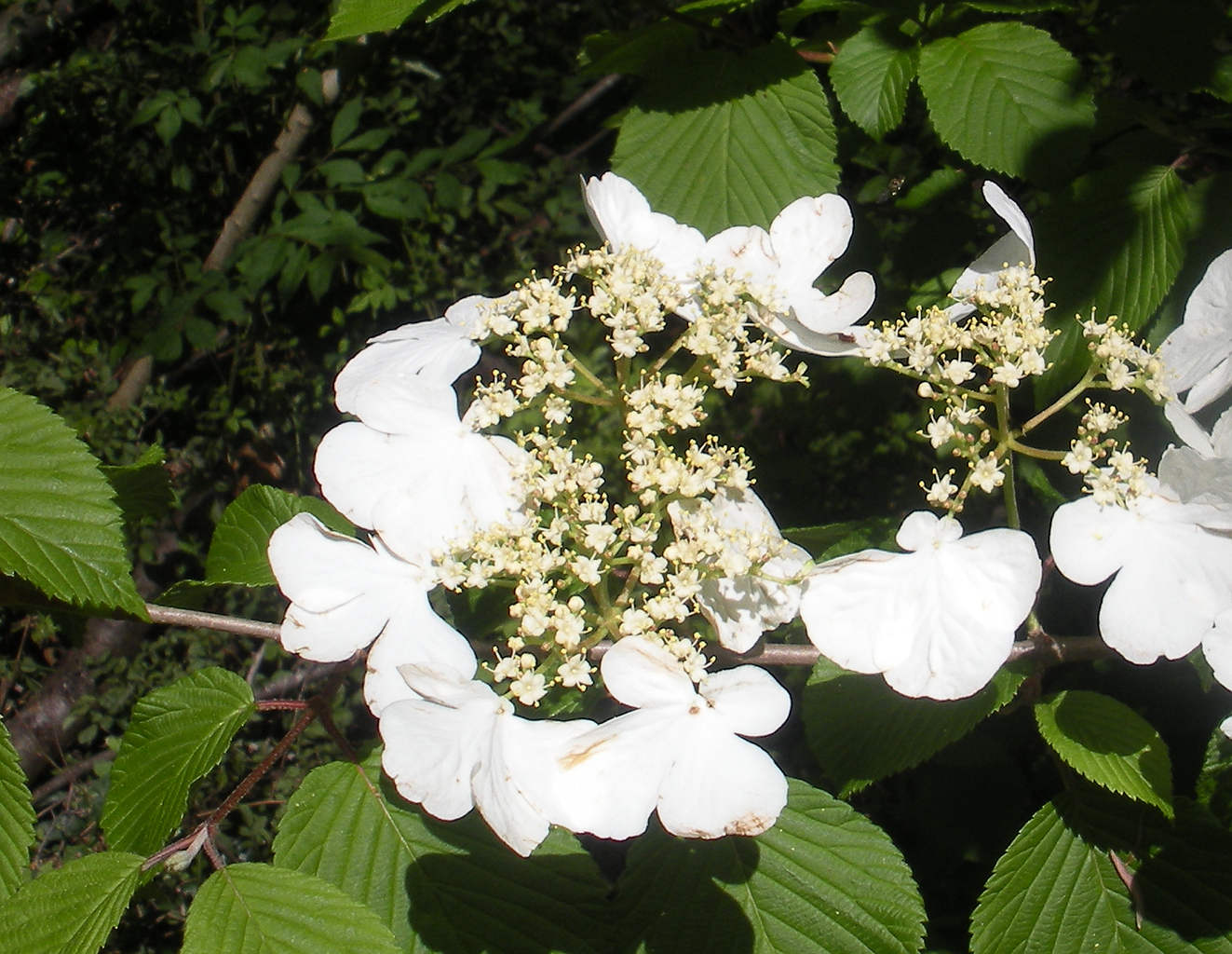 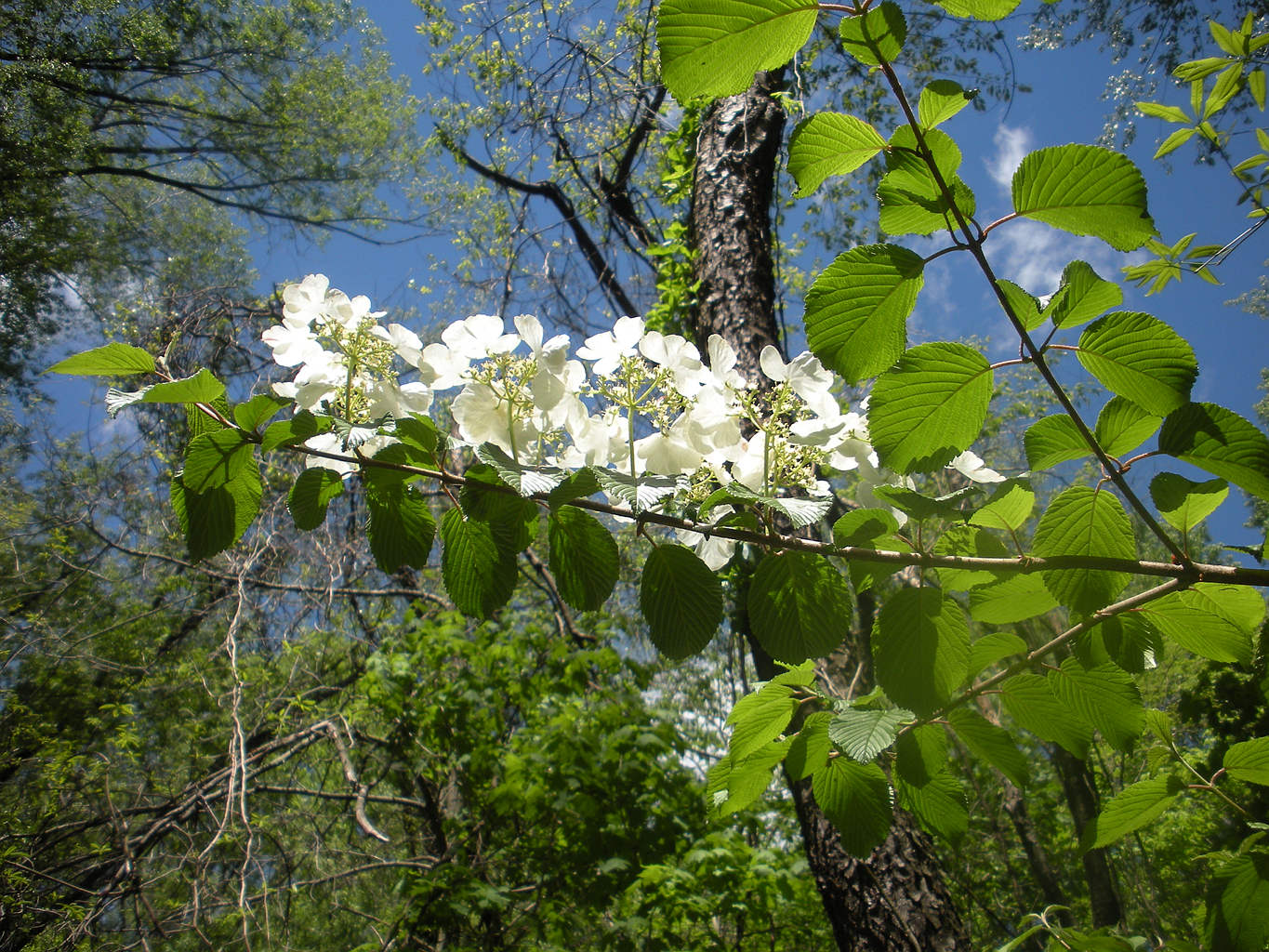 This is very likely some species of Viburnum.

Viburnum is a genus of about 150–175 species of shrubs in the Adoxaceae family that are primarilly native throughout the temperate Northern Hemisphere.

All species of viburnum (as far as I know) have opposite leaves, as does the specimen in the picture.

Many species of Viburnums bloom in white in the last part of April through early May, and typically you have to pay attention to flower shape and often, more importantly, the leaf shape to differentiate species.

Without location information, an exact species ID is not guaranteed, but your specimen looks very similar to:

This species produces two rows of white flower clusters, with both small and large flowers, along the stem.

According to Wikipedia: Viburnum plicatum is a popular ornamental plant, both in its native area and in various temperate regions.

Based on the "double" flower types of your specimen, it's likely V. plicatum f. tomentosum:

Cultivars with wild-type flowerhead structure are sometimes described as a separate botanical form V. plicatum f. tomentosum. They include 'Cascade', 'Lanarth' and 'Rowallane'.2[3] Two cultivars in this group, 'Mariesii'[5] and 'Pink Beauty',[6] have gained the Royal Horticultural Society's Award of Garden Merit.

Not the answer you're looking for? Browse other questions tagged botany species-identification trees or ask your own question.

1
Can you identify this tree?