What is this small tissue structure found in kidney?

It's covered with white adipose tissue and it is smooth with reddish brown colour. HE dyed with dimensions 3 cm long and 1 cm wide. I'm guessing that this is a rare thing because I already checked pubmed etc. On the right is a closer picture of the tissue. 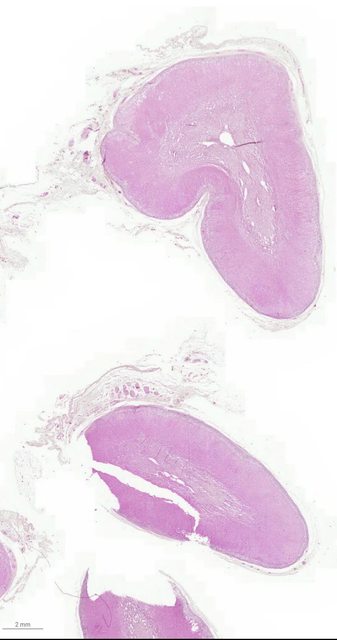 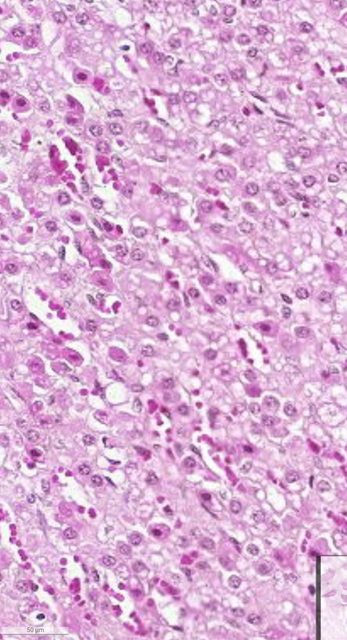 This is a slice of an adrenal gland:

These glands sit on top of the kidneys, typically under adipose tissue (which can also be seen in both your image and the image I included here). The most identifying feature of the adrenal gland is its clear separation into two parts: the outer "cortex" and inner "medulla", as labeled on the image.

The two parts have different endocrine functions: the cortex primarily produces steroid hormones, like aldosterone and cortisol, whereas the medulla makes catecholamines epinephrine and norepinephrine (also called adrenaline and noradrenaline). I believe the inset in your image is of the medulla.

Not the answer you're looking for? Browse other questions tagged endocrinology histology or ask your own question.

4
What is the proper quick freezing /snap freezing protocol for pancreatic tissue?
3
What is this tissue?
4
What advantage does the pseudostratified epithelial structure type provide over squamous, cuboidal, and columnar?