Anyone know what this bug is? (Southern California)

I found it in Southern California on the fringes of the Mojave Desert. They seem to have nests similar to ant hills but don't look like any ant I've ever seen. They seem to have shown up within the past week or so and have their nests near some big red ants (Camponotus castaneus I believe) though the ants don't seem to be eating them. They are around the same size as the little black ants (Monomorium minimum), but unlike ants they seem to get blown around by the wind. There were hundreds of them around and had several apparent nests. They were also climbing all over a wood fence nearby. I was able to get a picture, hopefully it is clear enough to make out the bug in. You can see a few of them on the gray rock. 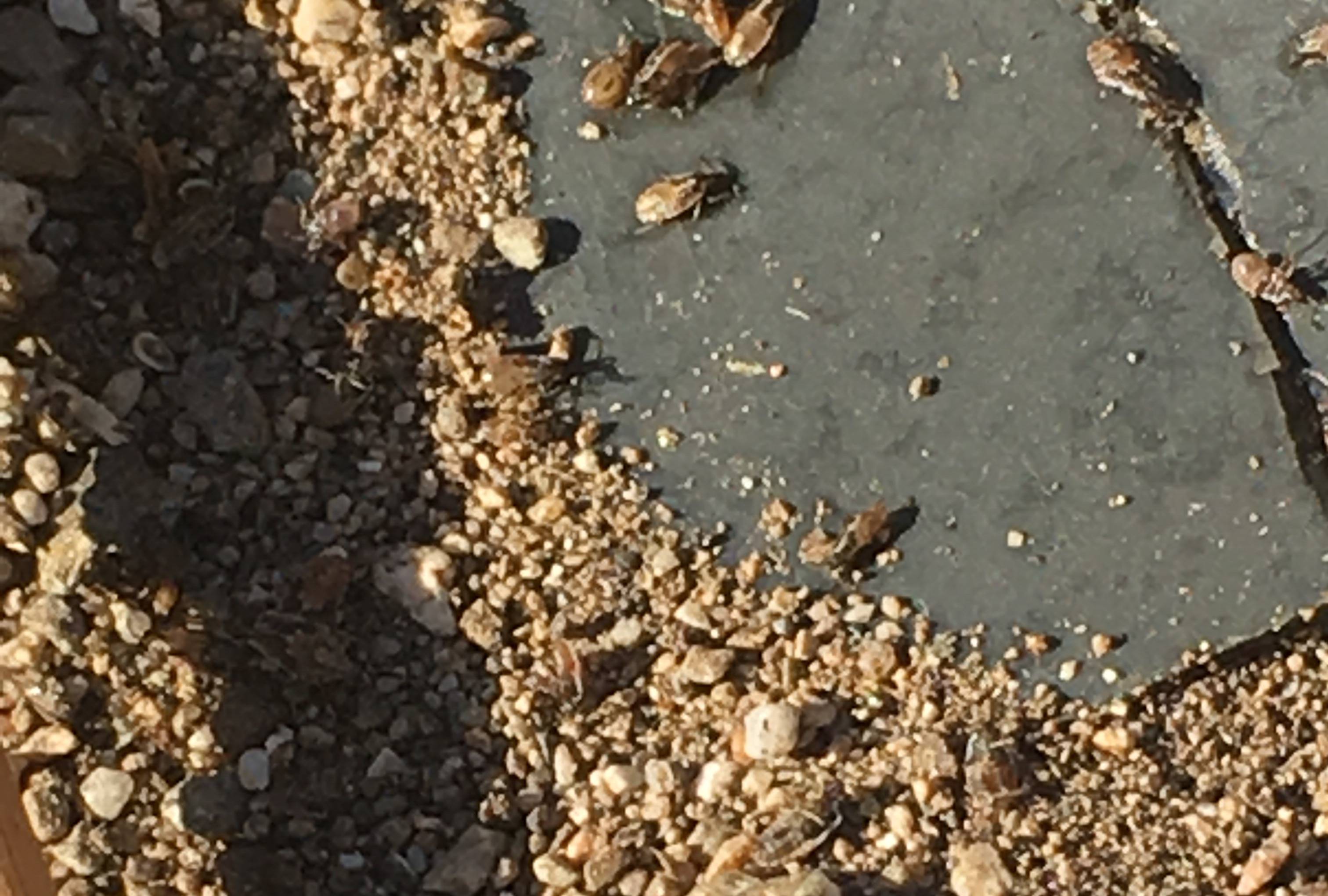 The only thing I could think they might be is some kind of termite or something. Are they harmful, and if so, how would I deal with them?

5
Why do I see so many handicapped dorbeetles?
3
Can Anyone Identify This Bug
6
Species Identification: Bulbous root on plant, Southern California, USA
0
Larger Ant in trail
3
Can anyone identify this bug?
3
What is this insect in Southern California?
1
Species identification: 2.5mm (3/32“ or 1.5/8”) brownish ant in highrise apartment
4
The emergence of Phengaris butterflies from ant nests