So my specific questions are:

Regarding your questions #1 ("Is the primary pigment reaction centre in both photosystems a pair of chlorophyll a molecules?") and #3 ("How can it be that it absorbs at a different wavelength in the two photosystems if it is the same molecule?"):

Both reaction centers in Photosystem I and Photosystem II contain only chlorophyll a. According to Lodish (Molecular Cell Biology):

As in the bacterial reaction center, at the center of each chloroplast photosystem is a pair of specialized reactioncenter chlorophyll a molecules, which are capable of undergoing light-driven electron transfer. The chlorophylls in the two reaction centers differ in their light-absorption maxima because of differences in their protein environment. For this reason, the reaction-center chlorophylls are often denoted P680 (PSII) and P700 (PSI). (emphases mine)

Regarding your question #2 ("If so, what is chlorophyll b? Is it simply an accessory pigment?"): 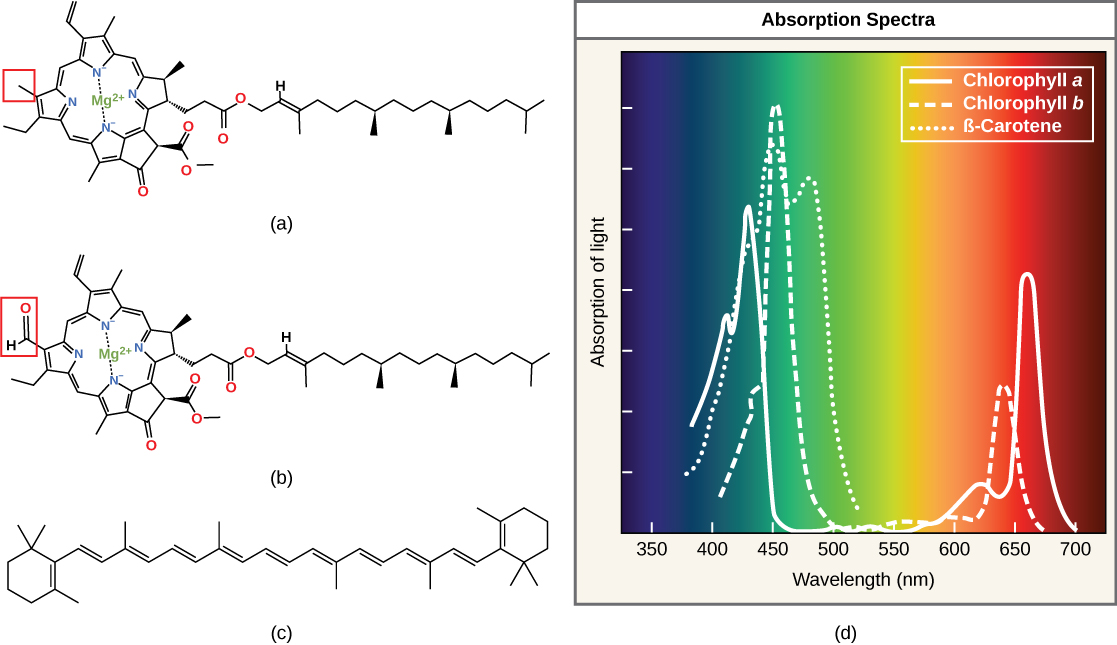 (a) Chlorophyll a, (b) chlorophyll b, and (c) β-carotene are hydrophobic organic pigments found in the thylakoid membrane. Chlorophyll a and b, which are identical except for the part indicated in the red box, are responsible for the green color of leaves. β-carotene is responsible for the orange color in carrots. Each pigment has (d) a unique absorbance spectrum. Source: "OpenStax College, The Light-Dependent Reactions of Photosynthesis. October 16, 2013."

Both chlorophyll a and b are present in the antenna complex. Still according to Lodish:

As in photosynthetic bacteria, each reaction center has an associated antenna that consists of a group of light-harvesting complexes (LHCs); the LHCs associated with PSII and PSI contain different proteins.

However, most of chlorophyll b is associated to PSII antenna complex, not PSI, which is one of the main differences between PSII and PSI.

From what I understand both photosystems contain chlorophyll a, although they are modified differently in each case which changes their absorption spectra accordingly.

Chlorophyll b is a pigment that differs from chl a by a single functional group:

And so it also has a different absorption spectrum: 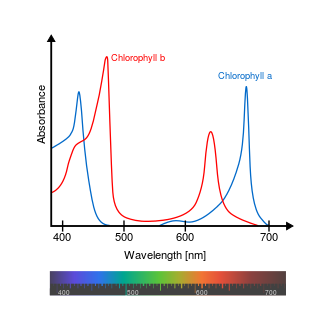 As mentioned by Goel, some plants (or plant parts) that grow in shadows have a higher ratio of PSII (contains the majority of chlorophyll b en.wikipedia.org/wiki/Chlorophyll_b, Plant physiology and development by Taiz and Zeiger 6e, chapter 9) to PSI which results in an increased amount of chlorophyll b pigments in their photosynthetic tissues. This gives them an advantage as they absorb rays with wavelengths that are missed, or not absorbed efficiently, by the leaves that shade them.

The antenna pigments are predominantly chlorophyll b, xanthophylls, and carotenes. Chlorophyll a is known as the core pigment. Their absorption spectra are non-overlapping and broaden the range of light that can be absorbed in photosynthesis. The carotenoids have another role as an antioxidant to prevent photo-oxidative damage of chlorophyll molecules. Each antenna complex has between 250 and 400 pigment molecules and the energy they absorb is shuttled by resonance energy transfer to a specialized chlorophyll-protein complex known as the reaction center of each photosystem. The reaction center initiates a complex series of chemical reactions that capture energy in the form of chemical bonds. Source : https://googleweblight.com/i?u=https://en.m.wikipedia.org/wiki/Light-harvesting_complexes_of_green_plants&grqid=SbEQ4daG&hl=en-IN

3
Confusion about Photosystem 2 with regards to lysis of water
1
Reaction centre in Photosystems of higher plants
5
Why do most plants reflect green and others other colors?
6
Why aren't leaves black?