What is this green micro-organism found living in water?

I study biology in France and experiment on water filtration with plants. I found that some chlorophyll-containing micro-organisms (about 10 micrometers in length) were raised in my basin. 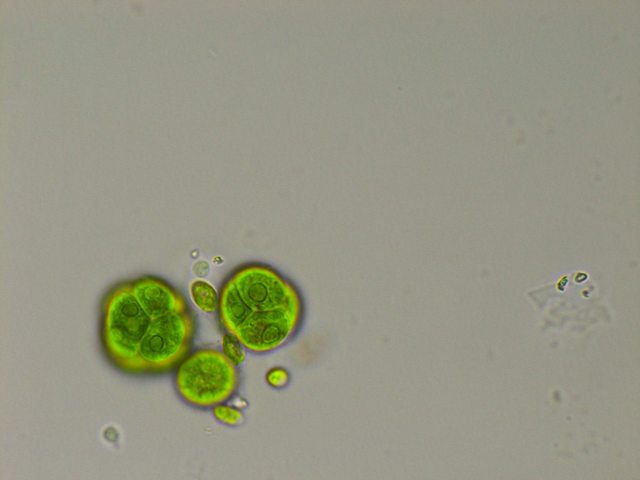 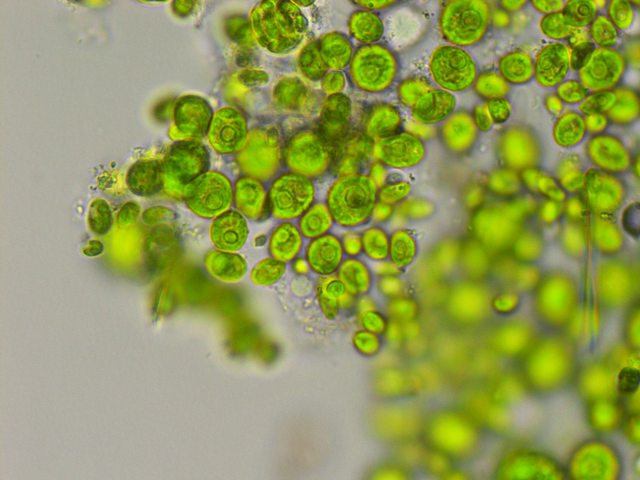 I can't decide if this is a eukaryote (it looks like there are cellular compartments) or a prokaryote (it's very small!). I thought it could also be a cyanobacterium, that combines features of both prokaryotes and eukaryotes. Any ideas what this is?

I can't decide if it's a eukaryote or a prokaryote. 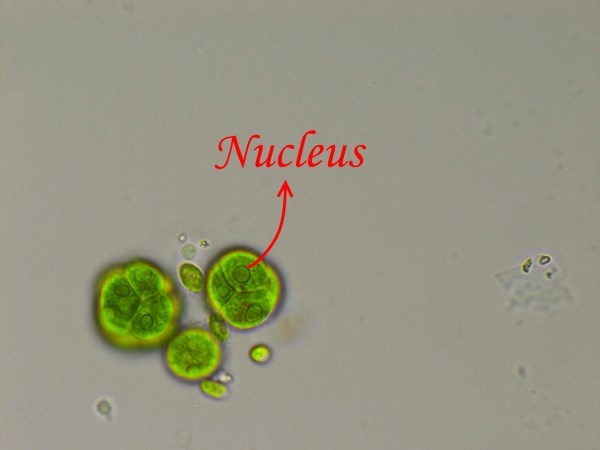 In the image above, the arrow starts right on one of the nucleus of that group of (apparently) three cells.

Besides that, despite some cyanobacteria being very long, 10µm is a lot for a prokaryote. The mean size of cyanobacteria is way less than that.

By the way, this:

... a prokaryote or a cyanobacteria (that can combine both characteristics)

Doesn't make much sense, because cyanobacteria are prokaryotes. More precisely, they are Eubacteria prokaryotes.

Finally, what eukaryoyte is this? I can't tell. It's most probably a kind of Chlorophyta, but I'm not able to go to the Class level. If you're interested in identifying it, you can try a taxonomic key. This one is for British freshwater algal flora, I don't know how different French algae are from the british ones: The Freshwater Algal Flora of the British Isles: An Identification Guide to Freshwater and Terrestrial Algae.

If I'd guess (and this is a wild guess), I'd say that this is a Chlorellales, as the famous Chlorella: 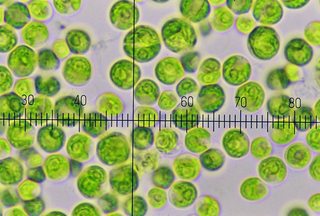 Have you considered that it might be algae? (I think it is.) 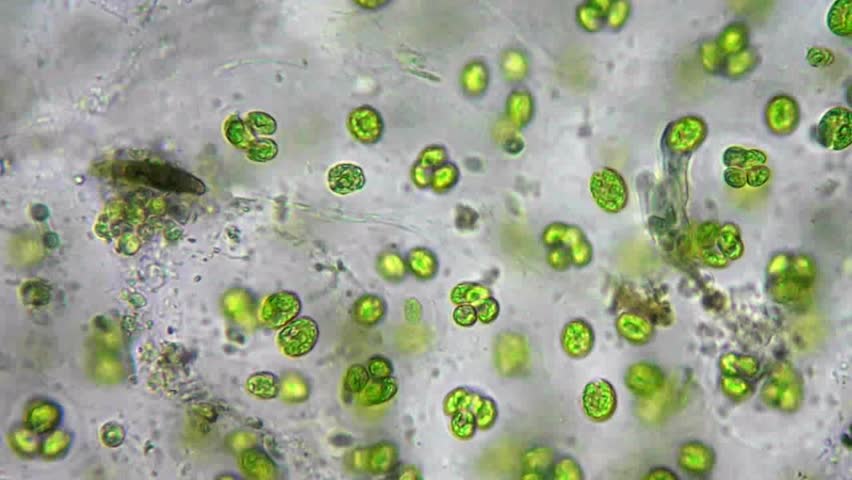 There are many kinds of algae. I couldn't tell you which one yours is.

Not the answer you're looking for? Browse other questions tagged species-identification microbiology chloroplasts phycology or ask your own question.

9
Organism identification, what is this?
8
What flowering green plant is this?
0
What is this? Found in southern Illinois
7
What is this aquatic organism in Fiji?
1
What is this species of green frog found in store-bought flowers in France?