Could someone help me identify this insect?

Does anyone know what this insect is? I put a rubber ball on my lawn, and within seconds a bunch of these insects (maybe 15 or 20) landed on it. I took a look around and saw that there were lots of them flying low near the grass or sitting on the grass (they were not as obvious on the lawn as on an orange ball :). Location: Massachusetts (USA). 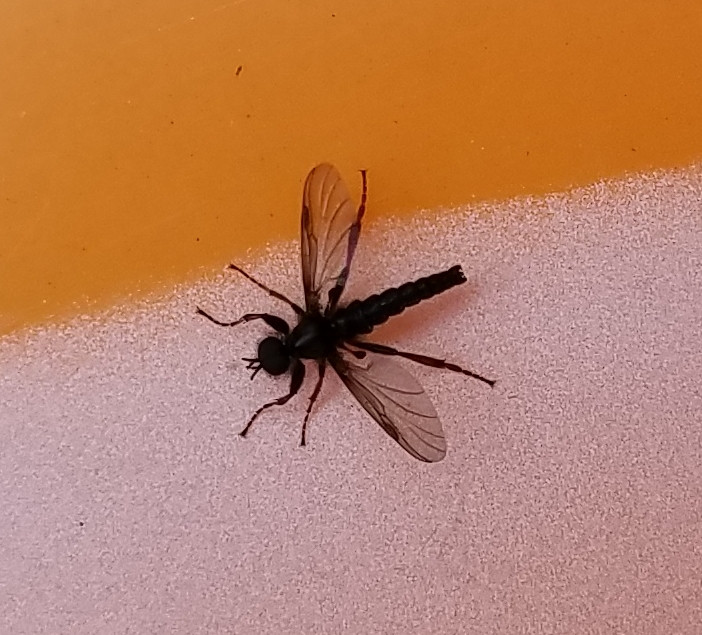 Looks like a Bibio, sometimes referred to as "March flies" and one species in particular known as "St Mark's Fly". Yours seems unlikely to be that one because it is found in England and it seems like nowhere else.

Most likely I think yours is a Bibio vestitus from the picture below (unfortunately I wasn't able to find multiple sources corroborating this, though, so take it with some caution), and although I had trouble finding definitive distribution data, it looks like the one in your picture has the copper-colored legs, and in addition the first image below claims to be from Massachusetts. There are many many species of Bibio though so I can't be certain of species. 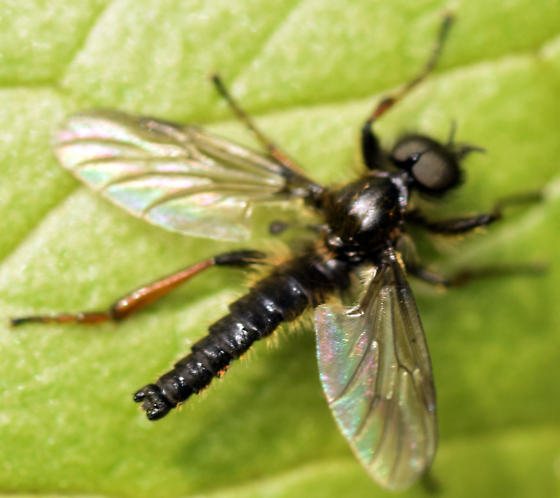 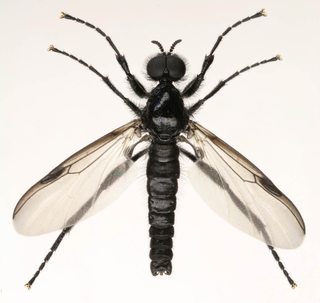 The march flies are known to hover close to the ground like you saw [Source].

Although IDing to species is difficult with the low quality of the photo, I would think that Hardy et al 1958 would be a good start for you to use:

Your specimen is likely in the genus Bibio (march flies or St. Mark's flies).

You can tell it's not a robber fly (family Asilidae) because the eyes of your specimen come together at the top of the head (like most march fly species [Source]), while according to here

All robber flies have a characteristic divot on top of the head, which is located between their especially prominent compound eyes.