Via an external electrode the membrane potential of a neuron or group of neurons can be increased from resting potential of -70 mV to -50 mV or more. This will cause them to fire an action potential. What happens if the electrode maintains the membrane potential at -50 mV or more for say 1 minute? Initially it should fire once, but then it will not reach the resting potential, will it stop firing or keep on firing continuously since it is above threshold potential? Will this kill the neuron or make it malfunction permanently?

Before I start, I should point out that in order to change the membrane potential (known as the Vm) of a neuron you really need an internal electrode - so that you can pump current in to it, so increasing the potential above the resting membrane potential (RMP). The RMP is simply the Vm of a neuron at rest, without any external meddling by pesky scientists (or synaptic inputs).

When you depolarise a neuron - in other words, make it less negatively charged, it will fire an action potential once it crosses the spike threshold. This value is different for different neurons, but -50mV is usually not enough to trigger an action potential - normally it's more in the range between -30 and -40. But let's say it does, as it doesn't change the thrust of the question.

The major part of what happens during an action potential is that sodium channels open, allowing the spike to fire. Once closed, these channels have a 'refractory period' - essentially a time out, during which they are less likely to open again. So even though your neuron is still above spike threshold, it can't fire because the channels can't open. (For the aficionados, you can actually think of this as the spike threshold becoming temporarily more positive - going up to, say, -20mV).

So your neuron doesn't fire again for, say, 10ms, until the sodium channels reactivate. Then it does. So you get a train of regularly spaced action potentials at a certain frequency. The more you depolarise the neuron, the faster this frequency becomes until a point where the channels just become totally inactivated and the neuron stops firing. If you hold the cell at this voltage for more than a few seconds, in general it will die.

Edit 2: On second thoughts, maybe secondlevel isn't quite correct. Assuming a the membrane potential is held at -50 mV, using a patch pipette, in whole-cell voltage clamp, then the neuron generally won't fire action potentials. Not as we know them anyway as the cell membrane potential is "clamped". This controls the open probability of ion channels and allows ions to flow in and out of the cell, which can be measured as currents. 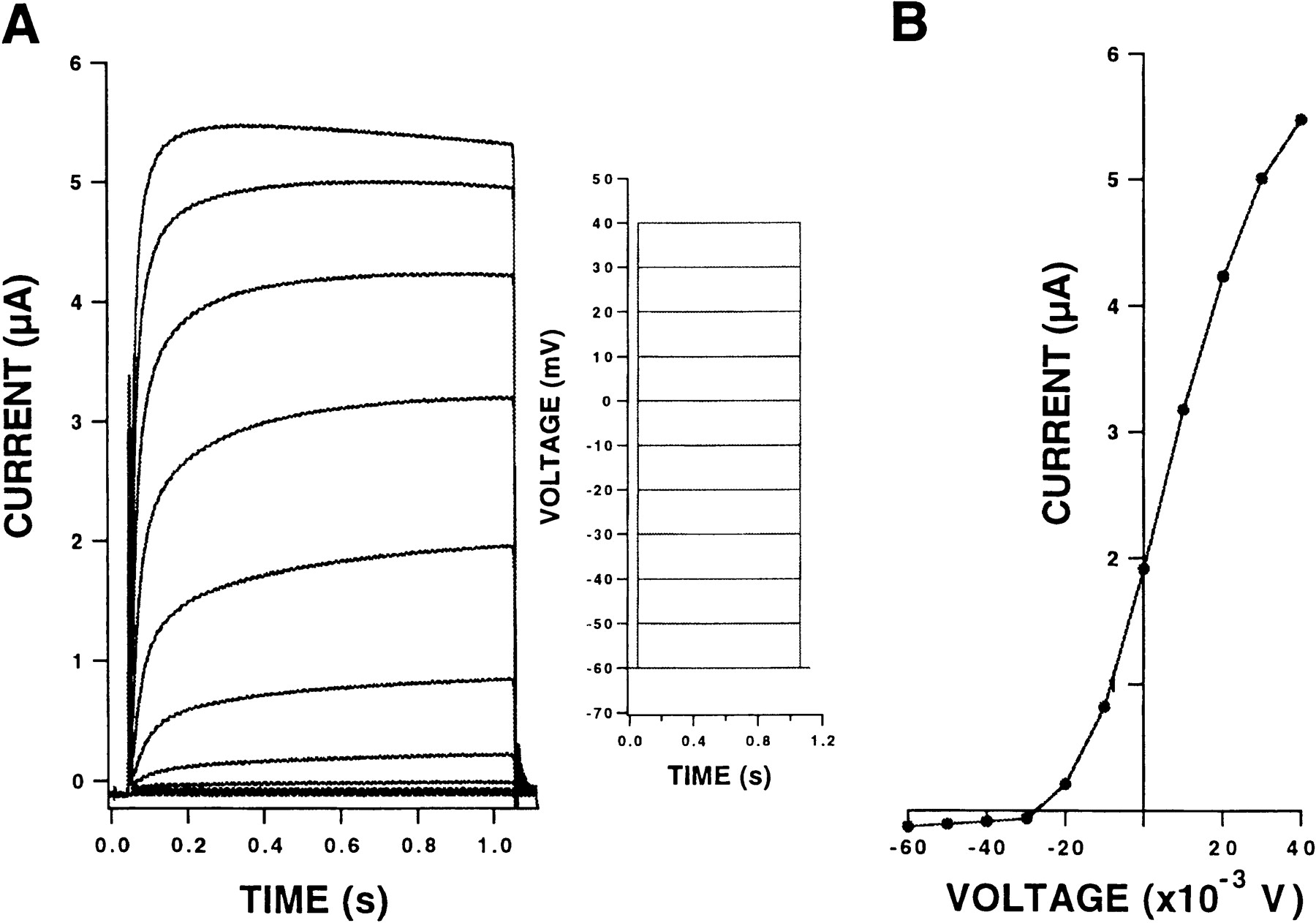 Unless the membrane potential is controlled by injection of current, in "current-clamp" mode. This could be controlled in patch-clamp, or done via an external electrode, which would provide local current, but wouldn't be so well controlled.

Secondlevel is pretty much spot on, here's an image of a neuron stepped to approx -60 mV from -78 mV.

The below cell's voltage is not being controlled directly; it is a recording in current-clamp mode, being depolarized by injecting positive current. Action potentials do not occur in a proper voltage-clamp. 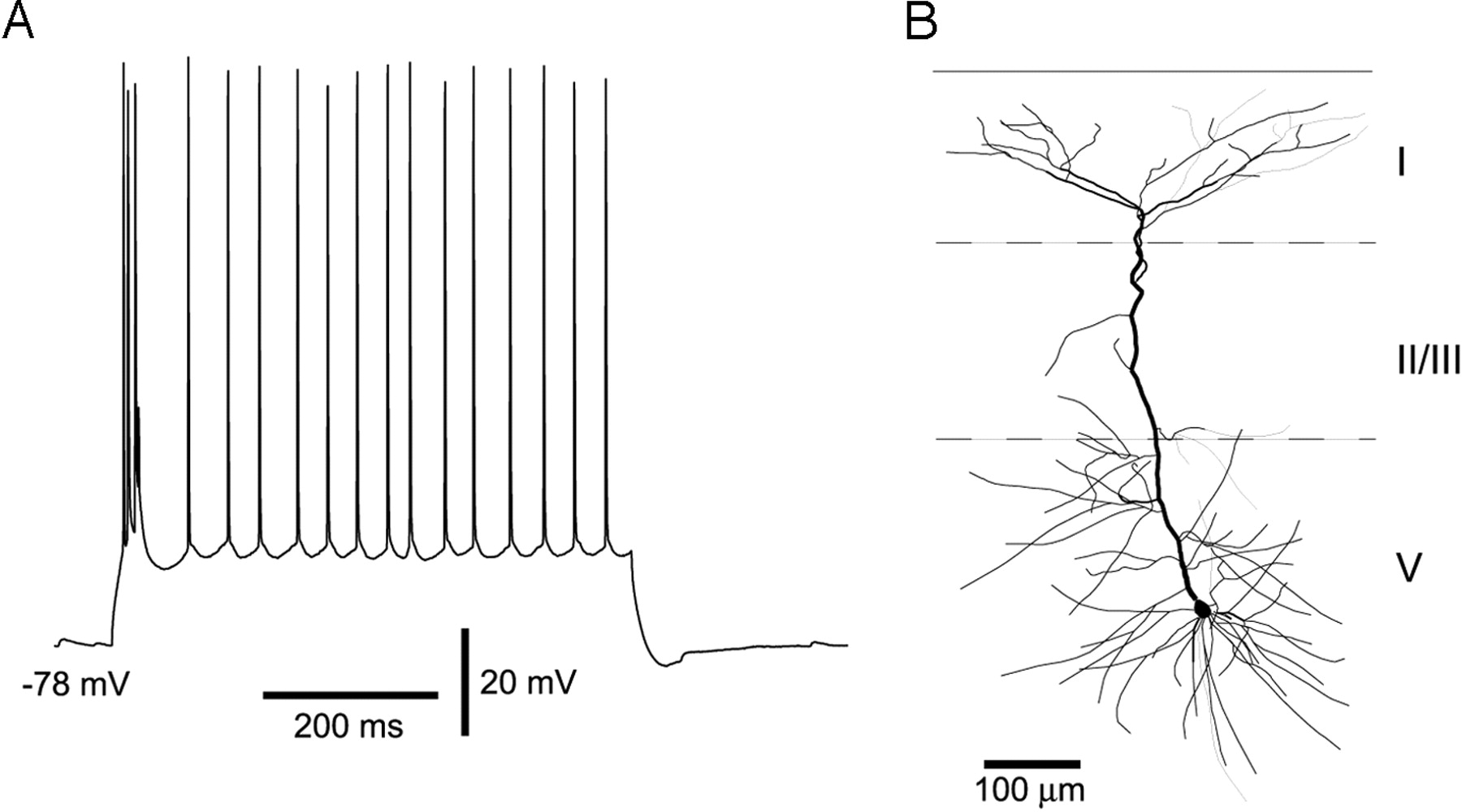 Note that the action potentials aren't entirely predictable, there's a bit of variability in the frequency, but they're roughly every 20 ms. Also, this is just one example, from one cell type. Other neurons will behave differently.

Not the answer you're looking for? Browse other questions tagged neurophysiology or ask your own question.