I have been learning about recombination frequencies, but an still getting a bit confused despite having gone over many of the links in Google regarding them. I was wondering if someone could verify whether the following is correct.

This answer is mainly copy-pasted from my answers here and here.

The importance of polymorphism

If at least one locus is homozygous

If a recombination event happens between two loci where at least one is homozygous, then you would not see anything. Consider for example the following strand sequences in a diploid individual

Whether a recombination event occurs or not, the two possible chromosomes passed down to an offspring are

Therefore, you cannot tell whether recombination has occurred.

If both loci are heterozygous

Therefore, you can tell whether a recombination has occurred or not.

There is a tiny bit of maths below. These equations are mainly for curiosity as one can understand the answer without understanding the maths behind it.

You will note that I talk in Morgans rather than centimorgans which is unusual in the literature but it helps at conveying the intuition of what it means. if $M= 150$ centiMorgans $= 1.5$ Morgans, then the expected number of cross-over between the two loci is 1.5. Below are some more explanations on these two definitions with some drawing :) 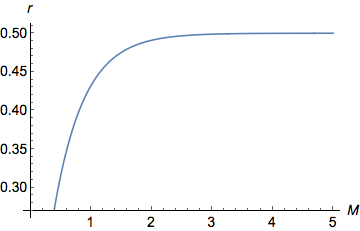 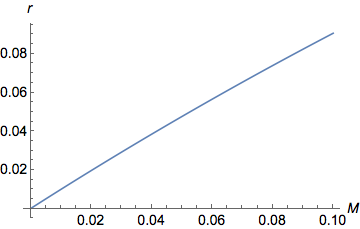 Yes that's how it works as far as I know

Because the theory part is pretty straightforward.of the genes are on the Same chromosome, the chance of them being separated in segregation during meiosis is lower

Let this be a rope with 6 point a b c d e f If I were to make a random cut anywhere here, the chance that a,b will get separated is much lower than a,f....because a and f are so far apart that any cut in the middle will ensure them to be separated. If u look at it again...the chance of d,e to be separated is EXTREMELY low

This is the principle of LINKAGE

Now let me say gene a stands for tall, b for blue and f for bushy...(don't judge the characters)

Now if this is a part of a chromosome on the parent, and meiosis is taking place We all know that crossing over too is a phenomenon involved here

Now during crossing over.....a and f are bound to get separated for sure, so they will be independently assorted, obeying the law of Mendel

But when we talk about a and b, they may or may not get separated in the various gametes

You will have very high number of blue tall and green dwarf(remember, there are alleles of SAME GENE....AND OCCUPY SAME LOCI)(therefore.....high chance of both occurring together in the same gamete)

Therefore the number of recombinant you get will be very low(blue dwarf and green tall........as the chance of these characters entering different gametes is very low)

Therefore we can conclude that higher the number of recombination....higher the chance of the genes segregating which implies a greater distance between the genes)

17
Genetic linkage greater than 50 centimorgans
6
What exactly is a centimorgan?
4
Why do we need two markers to measure a recombination rate?

4
Predicting progeny of recessive mutations using recombination
1
Breaking a gene during recombination
1
Recombination fraction( frequency) in Homozygotes
1
Calculating the frequency of a recessive allele in case of three segregating alleles
3
Question about different gametes that can be produced
3
In our 23 chromosome pairs, do the 2 members of the pair have distinct or virtually identical sequences?