How long ago did the mutation arise that gives rise to sickle-cell disease?

Is it known how long ago the mutation arose in Africa that gives rise to sickle-cell disease and protects from Malaria in heterozygote carriers?

genetics mutations malaria
Share
Improve this question
asked May 19 '17 at 13:32

In a fairly recent review P W Hedrick surveys a number of gene variants associated with resistance to malaria.

The impact of malaria is thought to have increased between 10,000 and 5,000 years ago when there were the beginnings of agriculture and consequently more human settlements. During this period, the numbers of both the human population and the mosquito vector increased, resulting in higher spread of malaria. Recent molecular studies suggest that malaria in humans from Plasmodium falciparum may have originated from gorillas. Using these data, an initial timeline for the origin of P. falciparum as a human pathogen suggests that it may be more recent than previously thought.

As you can see from his Table 1 (reproduced below), the S variant of β-globin is suggested to have arisen 1440 years ago. 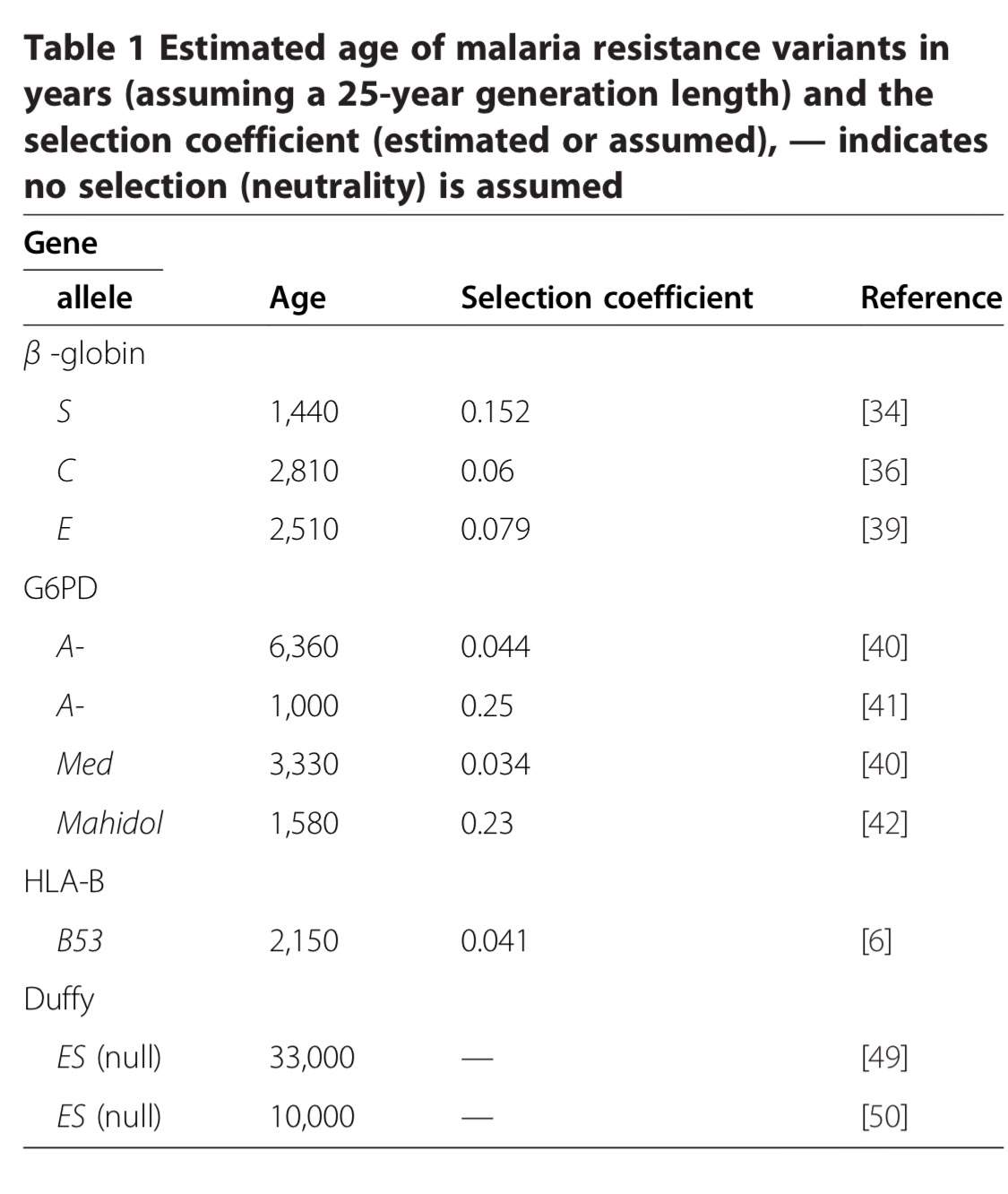 The study of the origin of sickle cell anaemia is complicated by the fact that the allele responsible is found associated with five different β-globin haplotypes (four from Africa, one from Saudi Arabia/India). This has sometimes been interpreted as indicating that the allele arose on several independent occasions. However, the picture is complicated by patterns of human migration, and recent papers suggest that the observed distribution of the S variant is not inconsistent with a single origin, e.g. this paper.

Not the answer you're looking for? Browse other questions tagged genetics mutations malaria or ask your own question.

0
"Heterozygotic expection" - when heterozygote differs from both homozygotes, but homozygotes are similar
1
Why do heterozygous individuals have increased resistance to malaria?
4
Has a beneficial mutation ever been documented?
0
How having sickle cell trait would provide resistance to malarial parasites?
0
How exactly does heterozygous sickle trait help patients survive malaria
0
Whether de novo mutation can be inherited or not?
1
How can a homozygous mutation, considered pathogenic, occur on a gene such as HFE without the disease developing?
1
What's the role of SNP (Single Nucleotide Polymorphism) in a disease when there is no gene associated to that SNP
0
How often are diseases caused by more than a single mutation of a gene?