Where does craniocaudal closure of anterior neuropore start?

This is what Larsen's Embryology says. I understand that neurulation starts somewhere in the area of the first five somites and then proceeds in both directions - cranial and caudal. The caudal neuropore is closed on day 26 by neurulation in this direction.

But, the cranial neuropore is closed not only by this cranial wave of neurulation but also by another one incoming craniocaudally and the point where they both meet is of final closure. (hence bidirectional)

My doubts - pls correct if any of my interpretations are wrong. Where is this second craniocaudal wave originating? Where is the final point of meeting (I suspect linea terminalis or anterior commissure) ? Could anyone post a picture or a reference to understand this visually (both waves of neurulation)?

PS. I am not talking of primary and secondary neurulation. Which is different and concerns the caudal eminence.

neuroanatomy embryology
Share
Improve this question
asked May 20 '17 at 12:30

Where is this second craniocaudal wave originating?

It begins in the prosencephalic region adjacent to the chiasmatic plate.

Where is the final point of meeting (I suspect linea terminalis or anterior commissure) ?

Could anyone post a picture or a reference to understand this visually (both waves of neurulation)? 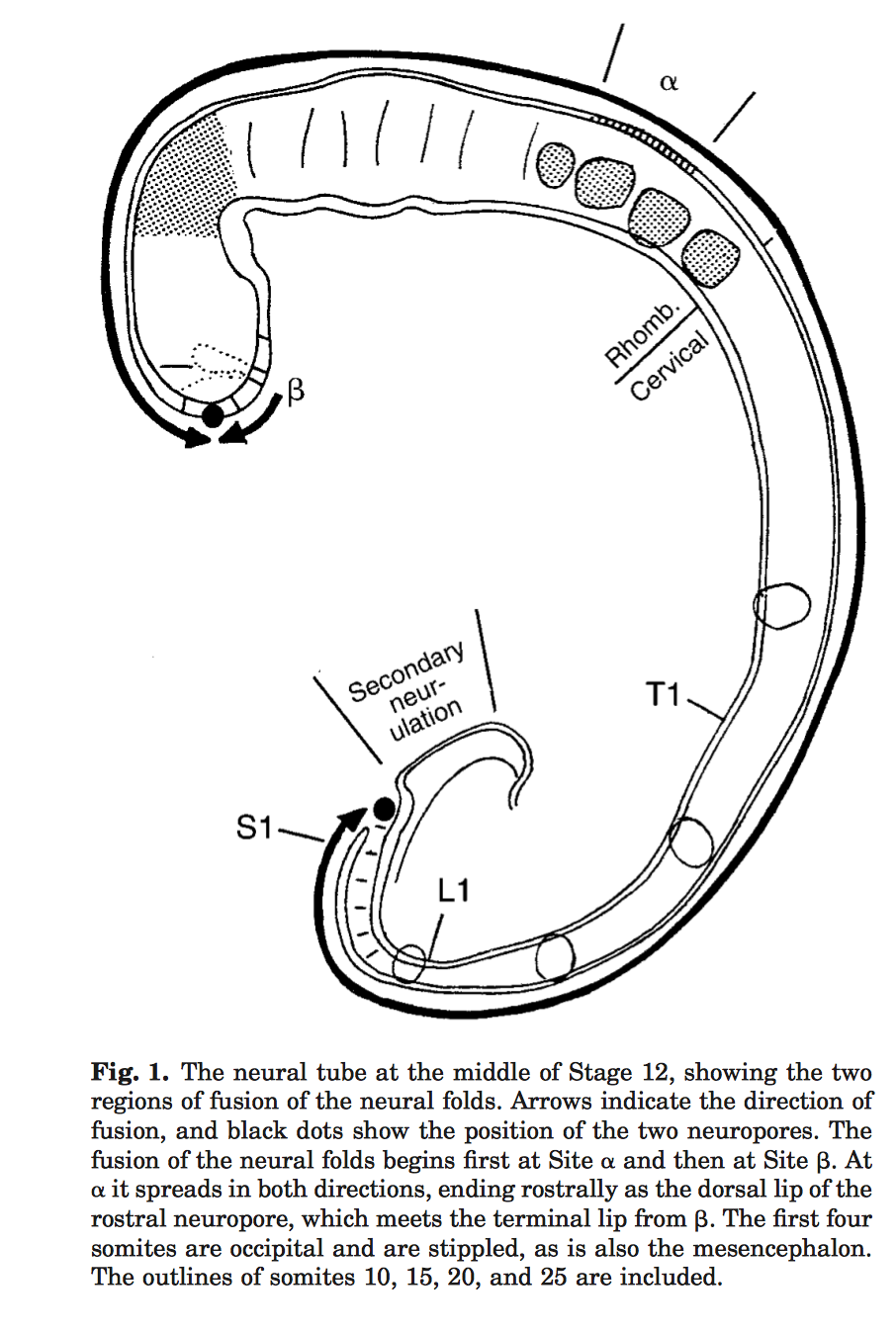 3
Where does meiosis II of oogenesis end exactly in tuba uterina - uterus?
13
How does an embryo know where to grow limbs etc
3
Specific location where nerves converge
0
Where are interneurons in Autonomic Nervous System?
1
Why does cell differentiation start with the morula?
2
Where does the initial action potential come from?
1
Where are action potentials initially created?
2
Why are the posterior and anterior inferior temporal cortex called area TEO and area TE respectively?