Is a part of the spinal cord from the mesoderm?

Does it have any significance apart from being something just academic?

neuroanatomy embryology
Share
Improve this question
asked May 21, 2017 at 19:43

The caudalmost part of the neural tube is formed by the caudal eminence. Isn't this mesodermal?

No,the neural tube is not mesodermal at caudal end.

According to Gray's Anatomy:

At the time of caudal neuropore closure, the caudal midline cells are generically termed the caudal eminence (O’Rahilly and Müller 2004). A specific population of mesenchymal cells, the caudoneural hinge or junction, shares the same molecular markers as the primitive node. These cells aggregate at the midline and undergo mesenchymal/ epithelial transformation, producing a cellular cylinder that is contiguous with the caudal end of the neural tube. Further elongation of the caudal neural tube involves cavitation of the neural cylinder.

Let's see the process of neural tube elongation from the citation given in the Gray's textbook: 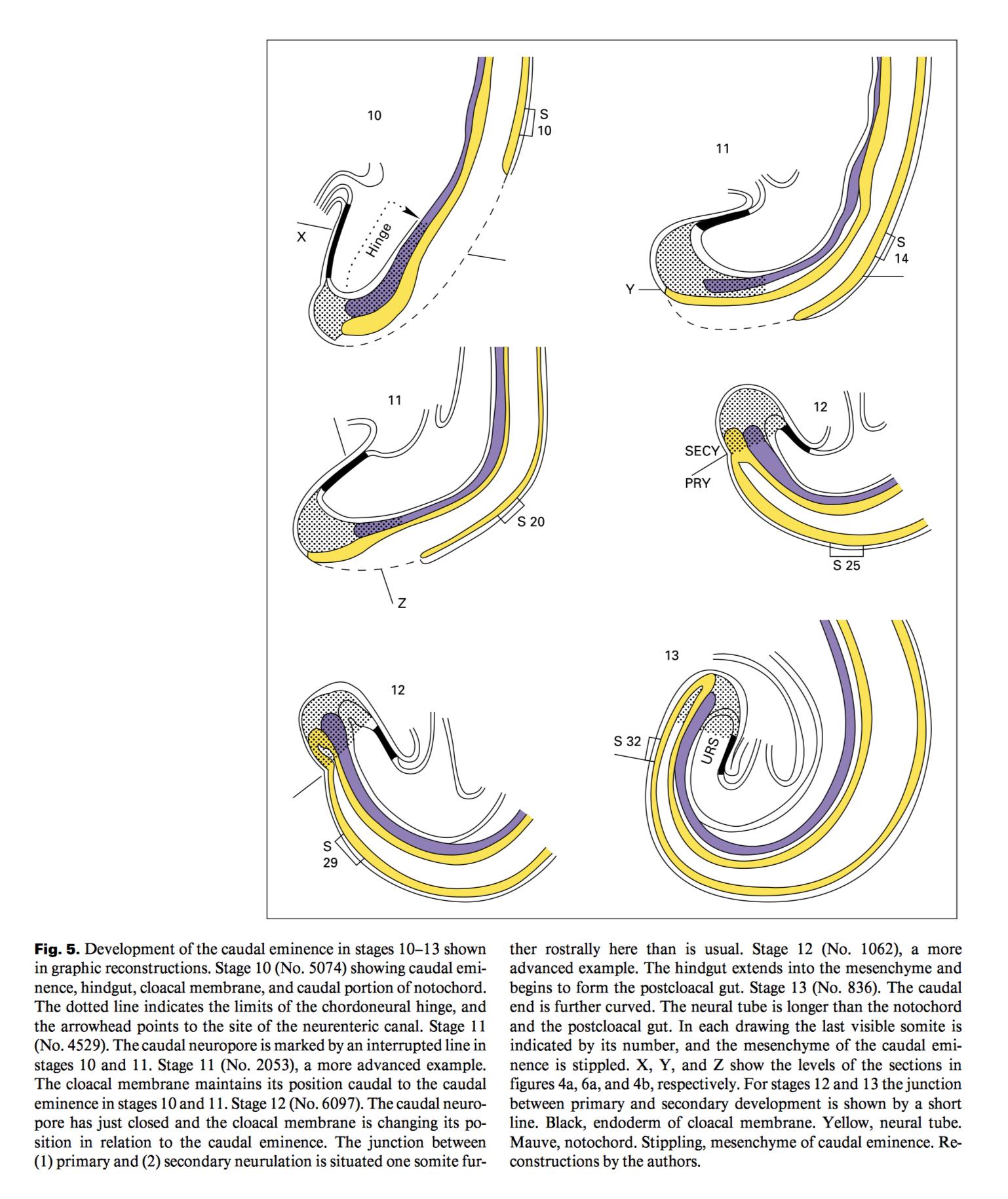 Abbreviation used can be seen here

Schematic diagram can be seen here

9
Why has evolution made neurons use spiking?
3
Spinal cord injury bypass
5
Neurons with thousands of connections: where are the extra connections coming from?
2
Where does the initial action potential come from?
1
Why are spinal nerves considered a part of PNS while the spinal cord is a part of CNS?
3
When does the brain stem appear in humans?