Mealworm beetles in my attic

I'm having a problem which has been troubling me for the second straight summer. Since 2014 I'm living in my parents attic. I had a very small bedroom and since I had my first girlfriend at that time I wanted a bigger bed. The first two years nothing seemed to be wrong. But last year around June when I came home and wanted to sleep I saw all these little insects on my bed. Pretty weird ofcourse, but since my room was a mess(food,clothes,etc.) I thought it was just because of my bad habits. Since then every day when the temperature was 25 degrees celcius or higher these insects appeared. They came from under my bed, they were in closets, they literally came from everywhere. Not during daytime, but around 10/11 am. Since our attic has this crawling space all around it in which we store stuff we almost never use I thought they had a nest there. But when I crawled through it I couldn't find anything. After some research I found out that this creature could be a mealworm beetle. I bought some insect spray and it all around the baseboard off my attic. I also sprayed some other places where they could be hiding. This worked for a day or two before they came again. The problem is that I never have established where they came from. So they just kept on coming until around September.

All of this kept me from sleeping a couple of hours every week, not to mention the graveyard off all these little creatures(I think I killed around 100 of them by directally spraying insect spray on them or other methods). Ofcourse I also found alot of them the morning after killed by the spray.

A couple of minutes ago I found the first one of this year. It was pretty high on a wall(Around two meters) and I killed it by spraying the insect spray on it. It fell down and after a couple of minutes it gave up. I will also include a picture of the dead insect. Some other interesting things about these creatures were that they actually made sound when walking around and falling down. Also when I tried to flat one it made a bit of a crunching sound and it was pretty hard too.

I live in the Netherlands in a remote village.

Can someone confirm me these are in fact mealworm beetles and what is the best way to make sure my attic is not filled with them this summer again. I have a cleaned up room now with no food leftovers but alot of cables everywhere 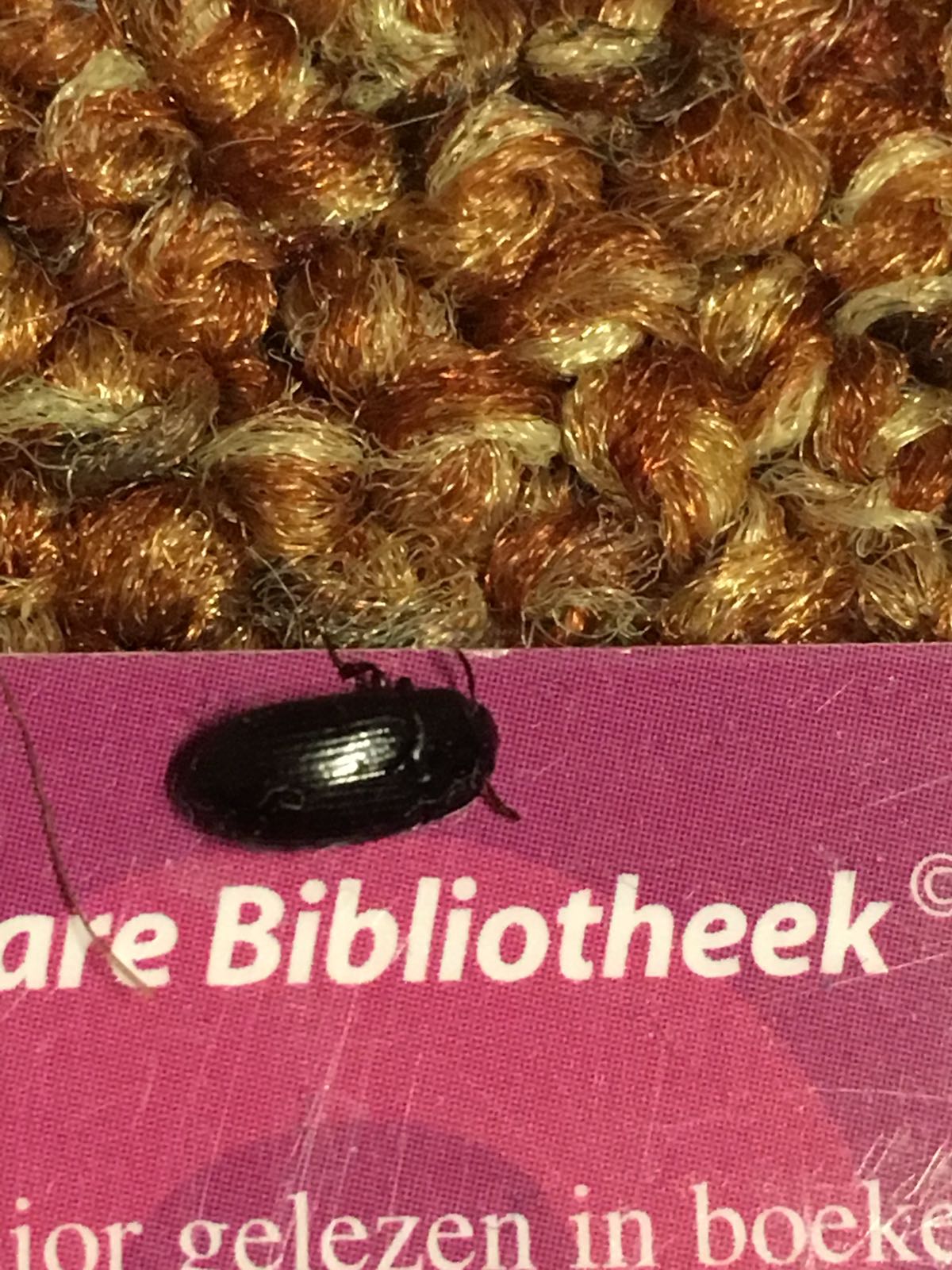 Browse other questions tagged entomology or ask your own question.

1
What, if any, diseases do larder beetles carry?
8
What is this insect that has invaded my home in Texas?
4
What kind of larvae are these?
5
Insect making continuous sound in summers
15
How to protect my mounted insect specimens from … insects?
8
Cannibalizing behaviour in ants
0
Identification of small creature
3
Help identifying a fly by its remains