Stimulating an axon causes impulses to travel both ways? 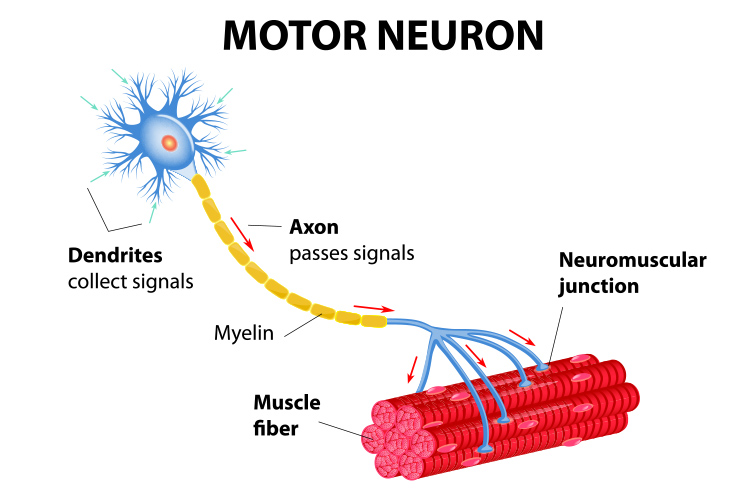 A diagram is presented as such above. The question given states What would be the effect of stimulation to cause a nerve impulse with a microelectrode at the middle of the axon?

Why is that the case?

Allow me to do a silly analogy: think about the electric wire going from your outlet to your computer, conducting electricity. If you make two cuts in this wire, rotate it 180 degrees and weld it again at the cutting points, what will happen? It will conduct electricity just as it did before.

The same happens to an axon (but please have in mind that this is just an analogy, an action potential is not an electric current). That is, the axon doesn't determine or influence the direction of the action potential. If you cut a piece of that axon, rotate it 180 degrees and join it back in the cutting points, it will conduct the action potential the same way.

That being said, imagine that you stimulate that axon at a given point. There will be two action potentials, going to opposite ways:

I think Gerardo has given a very nice answer, there is just one think I would like to add:

The only reason it usually DOESN'T travel antidromically is because it is initiated at the axon initial segment at the soma. Once the action potential starts travelling (orthodromically) down the axon, it is directly followed by a section of the AP that is in the absolute refractory state. Thus, the action potential cannot turn around mid-way or start spreading into both directions.

From the Wikipedia page on Action Potentials (under Propagation > Refractory period)

The absolute refractory period is largely responsible for the unidirectional propagation of action potentials along axons. At any given moment, the patch of axon behind the actively spiking part is refractory, but the patch in front, not having been activated recently, is capable of being stimulated by the depolarization from the action potential.

4
Can neurotransmitter depletion cause short-term drug tolerance?
2
Why do large neurotransmitters travel faster down the axon?
1
How do nerve impulses travel so quickly?