How does DNA from sperm fuse with DNA in egg?

First, to clarify on the number issue and parental origin of the chromosomes. For the moment, disregard crossing over. Then, you would begin with an adult somatic cell in the growth phase, having 46 chromosomes, two of each kind, that is, 23 pairs (assuming sex chromosomes to be of the same kind, including the case in males). Then, in the S phase, each chromosome replicates, creating exactly similar sister chromatids, each of these sisters being similar to the single chromosome the cell had in growth phase. Each of these chromosomes with two chromatids, sends one to each daughter cell, making the daughter cell exactly like their parents. In meiosis, after this step, one of each kind of chromosome separates into a gamete, so that instead of 23 pairs, each gamete has only 23 chromosomes, one of each kind. On fusion of two gametes, you would have the original configuration again. 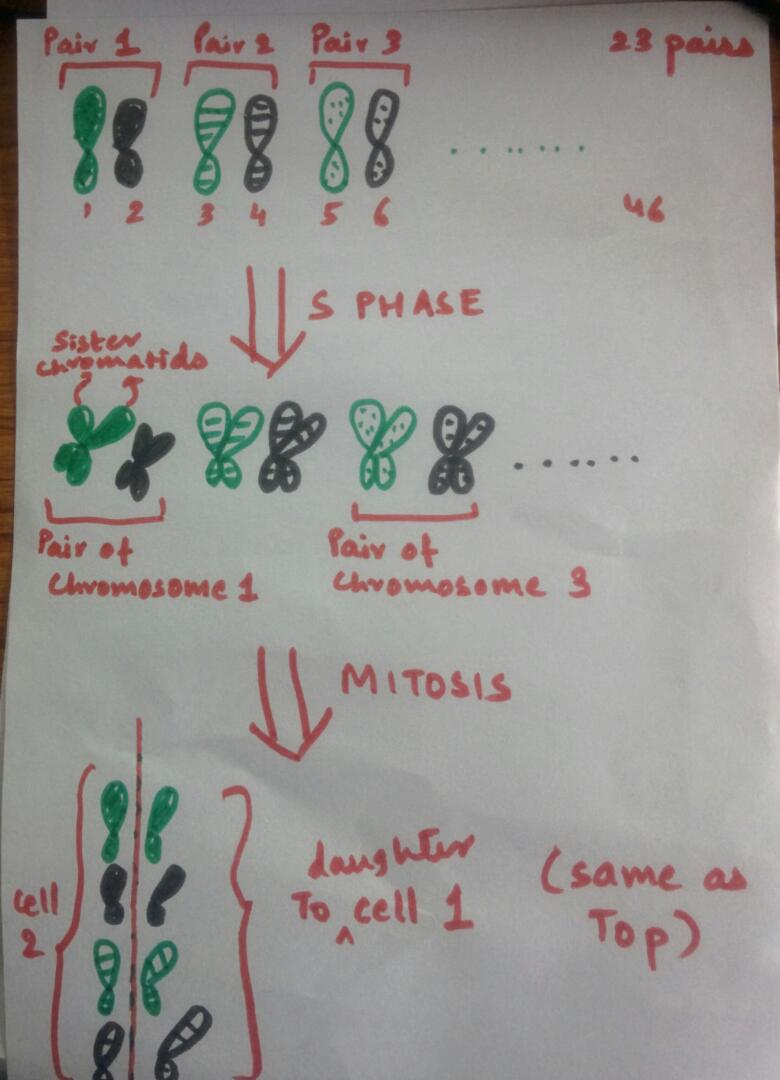 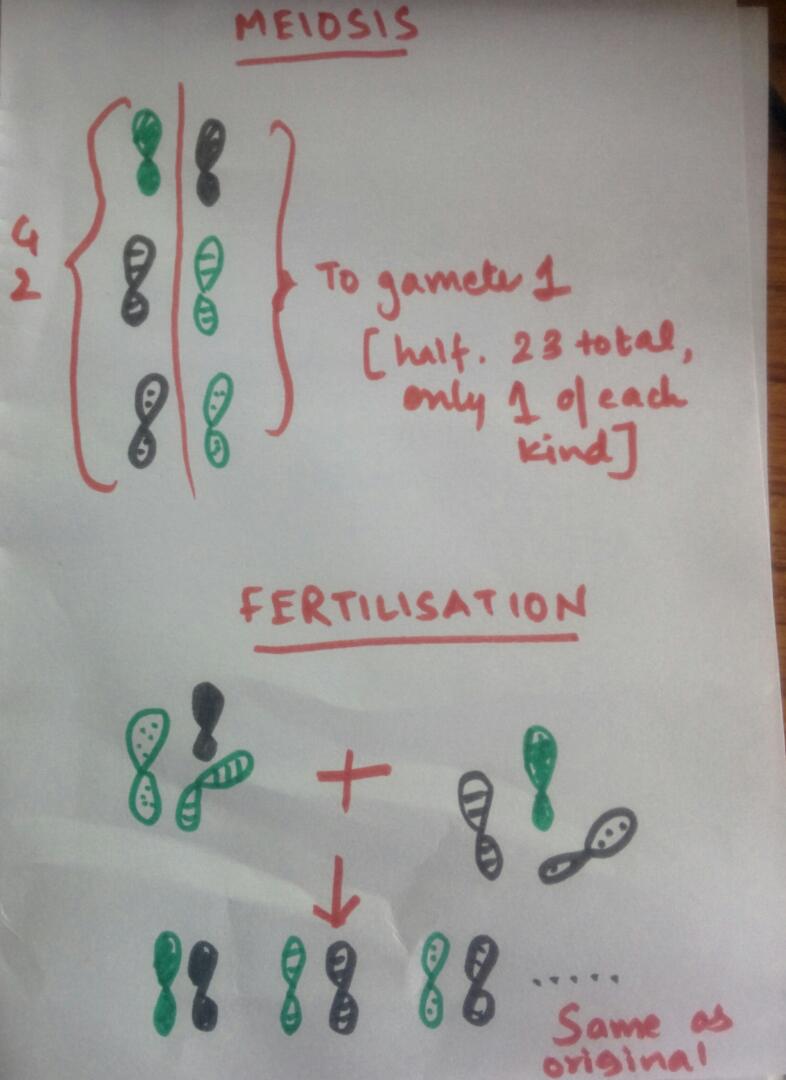 2
Determining whether X chromosome from sperm or egg
1
Fertilization of an egg by two sperm
5
Is it possible to have different genes in different parts of our body?
1
How can a haploid plant be bisexual?
9
How do chromosome pairs get "paired up" for protein synthesis?
1
How exactly are genes swapped during the process of recombination?
1
Do chromosomes line up as pairs in mitosis or meiosis?
1
Why does Meiosis produce 4 daughter cells instead of 2? Won't splitting the initial diploid cell into two haploid cells be easier?
6
Does Telomere length shortening with age actually cause our cells to age and stop functioning properly?