What does the word “refractory” in “refractory period” refer to? [closed]

I know what it means "refractory period" (both, absolute and relative) in the action potential graph, but I don't understand what the meaning of "refractory" in this context is. What is it refractory for? 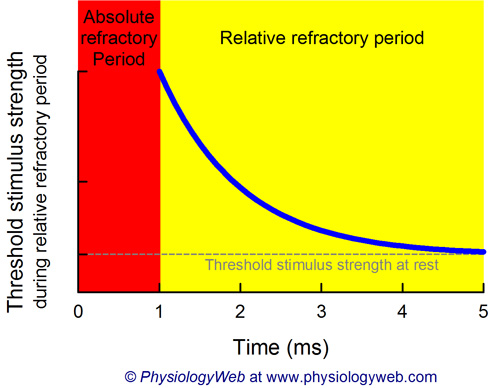 "After repolarization there is a period during which a second action potential cannot be initiated, no matter how large a stimulus current is applied to the neuron. This is called the absolute refractory period, and it is followed by a relative refractory period, during which another action potential can be generated, but only by a greater stimulus current than that originally needed. This period is followed by the return of the neuronal properties to the threshold levels originally required for the initiation of action potentials."

Not the answer you're looking for? Browse other questions tagged terminology action-potential or ask your own question.