Why are proteins always made in N to C direction?​

Nice question! As you already know, DNA is always shown in 5'$\rightarrow$3' direction because it is always synthesized in this direction (amino acids are joined by CO-NH peptide bond). So, a polypeptide looks like this (source):

In fact, if you just look at the polypeptide in the reverse direction, you could view it in C terminus to N terminus direction. But we don't do so because that is not the conventional direction of the polypeptide's biosynthesis.

Tracing the Roots: To know why there is no "reverse" peptide bond (NH-CO), we first need to know how peptide bonds are formed in polypeptides. Polypeptides are formed in ribosome, and the process of formation of peptide bond occurs in the peptidyl transferase complex of ribosome. Since ribosome is a ribozyme, this reaction is also catalyzed by the catalytic sites of RNA (i.e. 2'-OH) instead of proteins. See the image below for the mechanism (from Marina V. Rodina): 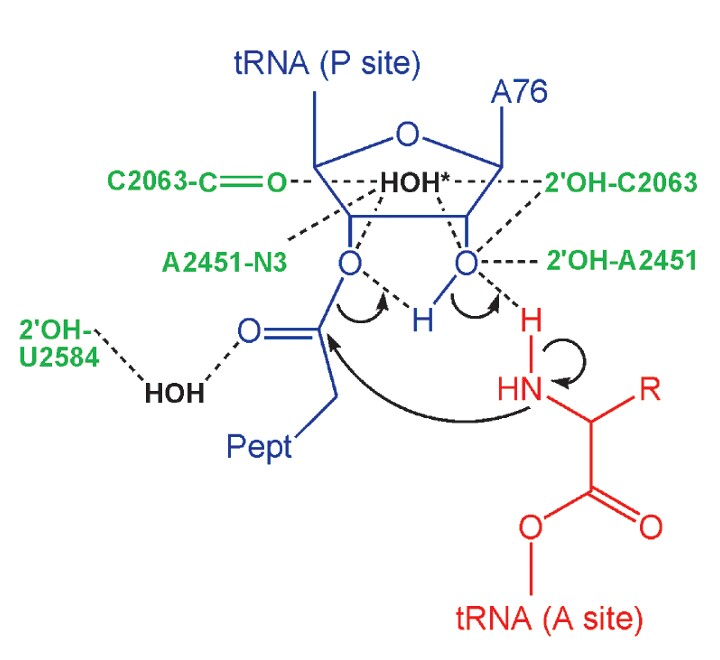 As visible from the diagram, nitrogen (in -NH2) from acceptor tRNA (A site) attacks the ester linkage at the peptidyl tRNA (P site). Carboxylic carbon cannot attack the nitrogen (for "reverse" bond formation) because it is already in ester linkage. One might ask then "if the nitrogen was joined to tRNA at P-site, the carboxylic carbon could have attacked on amino acid at A-site. Why is amino acid not joined to tRNA by the amine nitrogen?" To know why it is so, lets go a step further and see how tRNAs are charged i.e. how aminoacyl tRNA synthetase works. Aminoacyl tRNA synthetase charges tRNA in a two-step reaction. For displaying mechanism, I will take the example of histidyl-tRNA synthetase (diagrams from Proteopedia):

As is clearly visible now, whether amine nitrogen or carboxylic carbon will attach to phosphate of ATP is decided in the first step. See the image again: 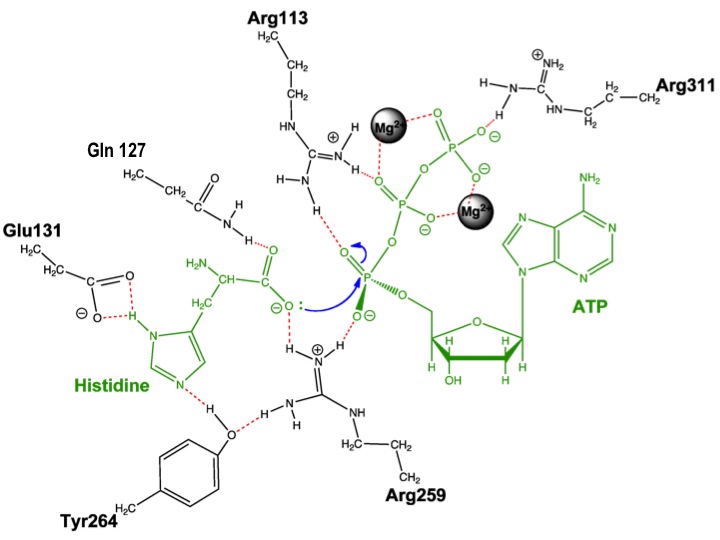 You might ask that since nitrogen (in -NH2) also has a lone pair of electrons, it could also make a nucleophilic attack on the phosphate group, similar to the oxygen (in -COOH). Why doesn't this happen then? This cannot be accounted for by saying that the amine nitrogen is far away from the reaction site (look at the diagram again, and pay attention to how close the carboxylic carbon and amine nitrogen are. If we could move the amino acid even a little bit, this reaction could easily occur). Well, here's the twist: the optimum pH of this reaction lies near pH 6 i.e. in the acidic pH range (Lui et al, 1978). Now, as we know, under acidic pH, -NH2 exists in the protonated form i.e. -NH3+. In this condition, nitrogen lacks lone pair and thus cannot attack phosphate on ATP. Thus, it is not possible to attach amino acid to AMP via -NH2 group and, thus, form a "reverse" peptide bond. I hope this depth of the answer would be enough to satisfy your curiosity :)

This is just in addition to the other answers; some somewhat relevant thoughts I had.

Interestingly, even non-ribosomal peptide synthesis seems to proceed N to C terminal. Given the modular nature of such enzymes, synthesis in the reverse direction doesn't seem to be outside the realm of possibility, though I haven't found any known examples.

This might be a stretch as a counterexample, but if you consider the biosynthesis of the tripeptide glutathione, a γ-peptide bond is first formed between cysteine and glutamate, after which glycine is attached to the carboxyl group (ie C-terminus) of cysteine with an α-peptide bond.

Not the answer you're looking for? Browse other questions tagged biochemistry molecular-biology proteins or ask your own question.

1
Does the Peptide bond produce water in our organism?
4
Amino acid compatibility
2
Are multi-chain proteins synthesized as one biological unit?
6
Non-ribosomal peptide synthesis: why Glutathione cannot be produced by the ribosome?
3
What is the shortest mRNA the ribosome can read to produce a peptide?
6
For Penicillin Binding Proteins, why is the enzyme-peptide complex less stable than the enzyme-β-lactam complex?
19
Why are sushi proteins called “sushi”? What are the origins of this name?
3
What is C-terminal tryptic peptide?