Found this spider on my car in Minnesota near St Paul (USA). Total size including the legs (end of rear leg to end of front leg in picture) is probably about the size of a quarter. 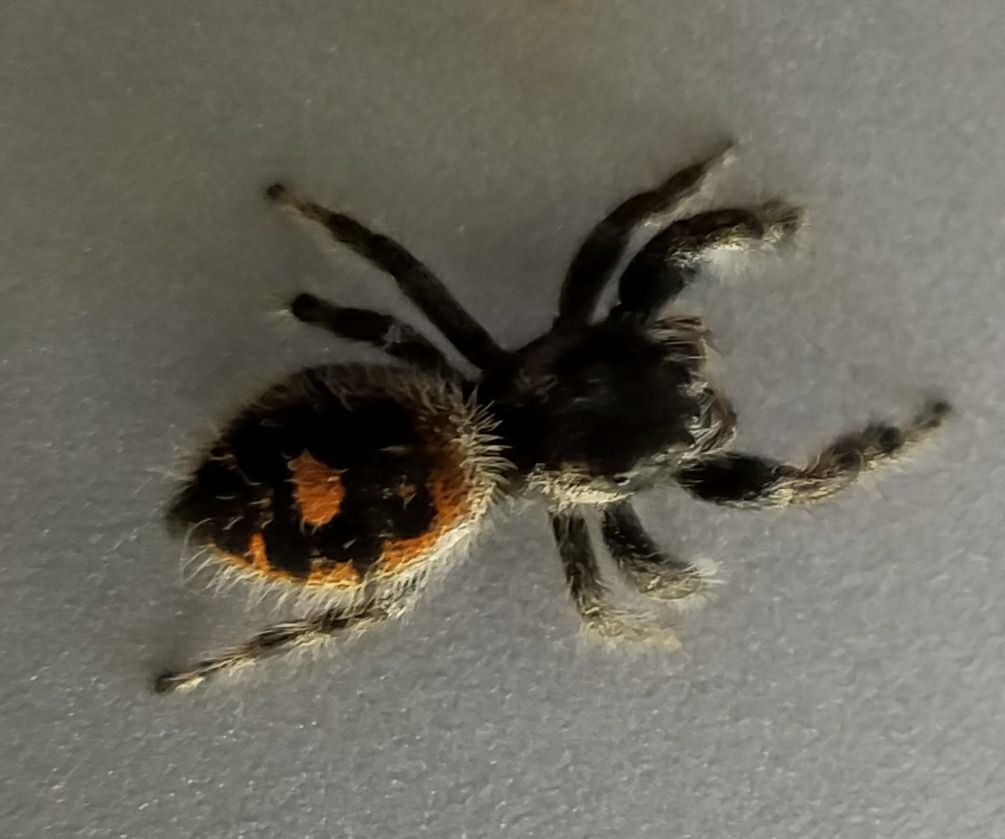 This appears to be some species of jumping spider (family Salticidae).

[Note that] All jumping spiders have four pairs of eyes, with the anterior median pair being particularly large.

In particular, I believe your specimen is Phidippus audax (Bold Jumper). Specifically, I believe yours is a subadult bryantae variant of this species. 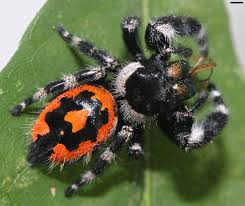 The average size of adults ranges from roughly 13–20 millimetres (0.51–0.79 in) in length. They are typically black with a pattern of spots and stripes on their abdomen and legs. Often these spots are orange-tinted in juveniles, turning white as the spider matures.

If you get a good look at the front of your specimen, you'll likely see that the chelicerae are an iridescent/metallic blue or green (a tell tale sign of this species and genus). 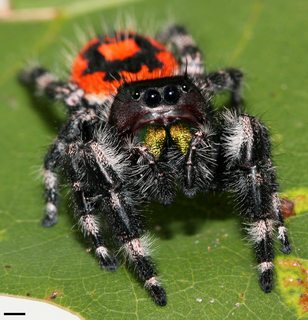 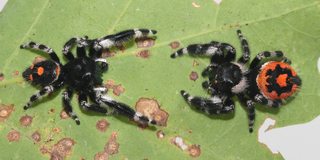 P. audax tends to prefer relatively open areas to hunt and is commonly found in common in fields and grasslands, as well as on fences, exterior walls, and gardens. Finding one on your car, therefore, would not be so strange, especially given that they can jump 10-50x their own body length (Ruppert et al., 2004).

Phidippus contains some of the larger species of jumping spiders in the family, and it is almost exclusively a North American genus.

Not the answer you're looking for? Browse other questions tagged species-identification zoology entomology arachnology or ask your own question.

7
What is this spider?
9
Can anyone identify this spider?
2
Can/Do any spiders "release" their own web in the presence of a threat?
2
What kind of spider is this from Nova Scotia, Canada?
1
What is this small brown spider?
4
Is this a venomous (poisonous) spider?
4
Identify this insect with a big "face" pattern on its brown fuzzy wings
1
What large "package" is carried by this large spider underneath itself?
1
What is this red orange insect with black dots found in Japan?
1
Arthropod identification request (a spider with no legs?)