Saw these bugs inside the flat I'm renting (Switzerland), but I really can't figure what kind they are. What I can say about them:

Side note: the flat is on the 3rd floor of a recent building (finished 14 months ago). I'm the first tenant.

An exterminator came and quickly classified them as some kind of flea. He put some pesticide on the baseboards, and their number is now quickly decreasing. But I'm still curious.

My first thought was "fleas" (because of the jumps), but I deemed them too squishy and not "vampire" enough for that. Also, I don't think that (what I assume to be) the young ones should be able to jump.

Then I thought "springtails", but I didn't see any furcula (granted, I don't have a good eyesight) and I don't think they are supposed to have wings.

One of them was nice enough to jump on some tape. 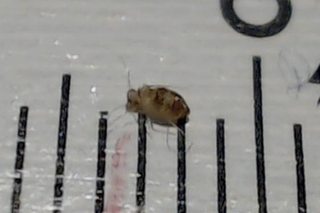 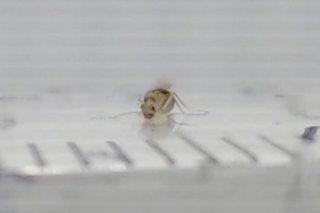 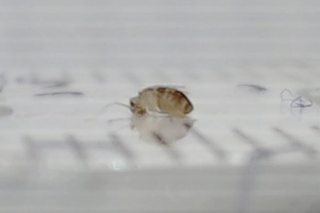 Also, blowing on it (to open the wings): 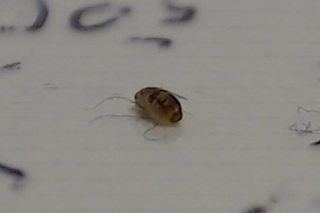 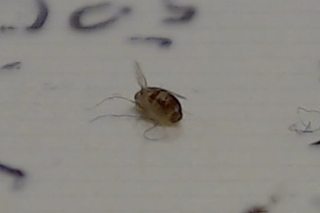 I believe these are some sort of Psocoptera, "booklice", even though they don't really jump much. Could it be that they ran or flew a little bit instead? I won't try an identification of the species, but in general booklice like damp places and most of them aren't considered serous pests. 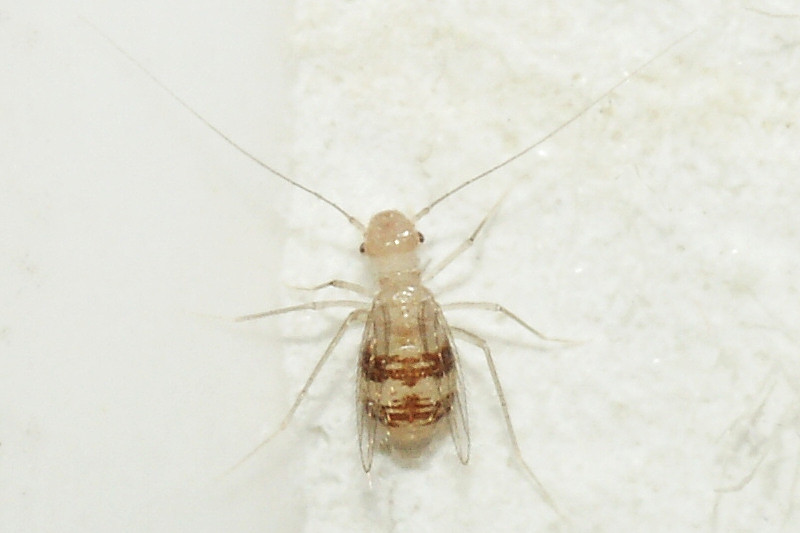 Slender legs and antennae, wings, and general appearence close to your specimens. (Image from Wikipedia)

3
How do ants spontaneously grow wings?
2
What are these little creatures living inside a silk web?
4
What are these tiny, swarming, jumping bugs?
3
Identification of a small flat bug
4
Identify this insect with a big "face" pattern on its brown fuzzy wings
2
Are these springtails and isopods?