What species of snake found in central Alabama, US?

Some additional details that may be helpful follow. It emitted musk while being coaxed into the box. I don't recall seeing much striping, except near its head, as can be seen in the image below. I did not get a good look at the belly color, but I believe from the glimpses I got that it was similar to the lighter color on its back and sides. It appeared to be close to 3 feet (~90 cm) long.

I attempted to use Google to identify the snake, and the closest matches were various rat snakes. None had quite the same patterning. 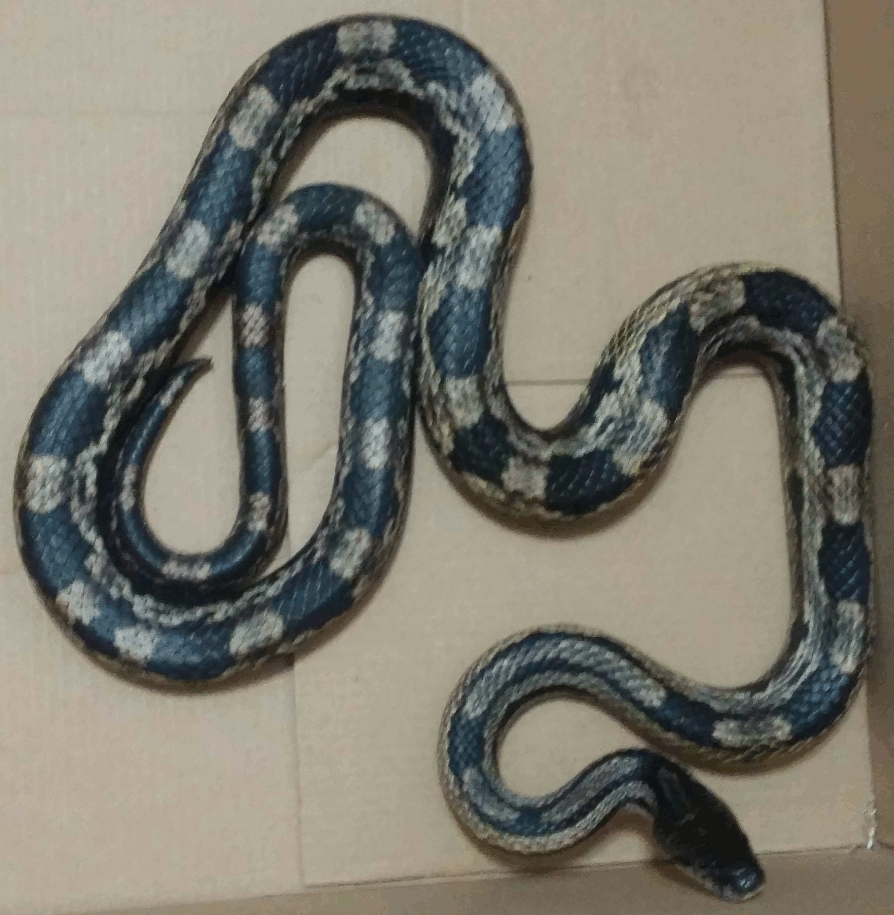 Definitely looks like some species of rat snake (genus Pantherophis). Based on the size, location and coloration, I'd say it's a dark variant of a Gray rat snake (Pantherophis spiloides). 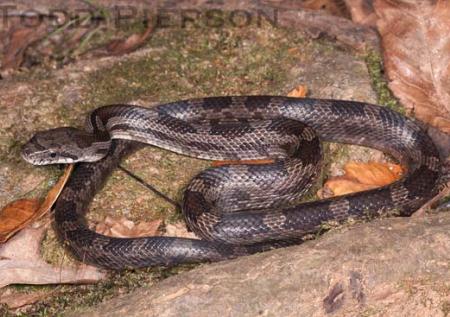 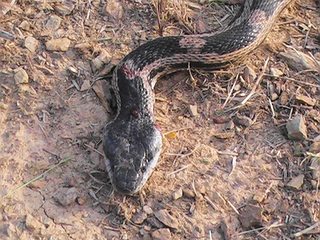 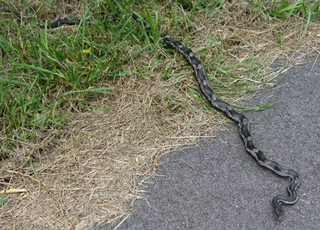 Unlike other Pantherophis, whose conspicuous juvenile pattern fades into adulthood, gray ratsnakes do not undergo drastic ontogenetic changes in color or markings. These snakes retain the juvenile pattern of dark elongate dorsal blotches separated by four, or more, pale gray body scales, a light gray crown with dark striping that forms an anteriorly facing spearpoint, and a solid band which covers the eyes and extends rearward to the posterior upper labial scales. The venter is usually off-white or pale gray with darker irregular blotches, and a double row of black spots behind the divided anal plate of the vent. The dorsal scale rows around midbody are usually weakly keeled. Because the gray ratsnake shares its range with other members of its genus, hybrids of midlands x eastern ratsnakes are not uncommon. [Source].

Distribution: commonly found in the forests of eastern and central United States, including throughout Alabama: 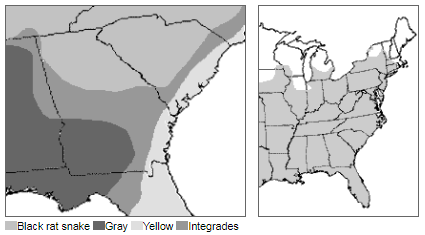 Behavior: Gray ratsnakes are agile climbers and can be found in tree tops as well as barns/sheds/buildings close to forests

The gray ratsnake will defend itself by raising its head and bluffing a strike. If handled, these snakes will musk a victim by releasing the foul-smelling contents of their cloaca, and will bite if necessary. [Source].

It looks like a gulf hammock rat snake. Beloved to be a subspecies that started as a cross between yellow rat snake and grey rat snake. I know they occur in northeast Florida perhaps they are in Alabama as well.

Not the answer you're looking for? Browse other questions tagged species-identification zoology herpetology snake or ask your own question.

4
What kind of snake is this?
9
Indian Snake Species Identification
2
Recognition of snake (image)
4
Snake with orange spots found in South Florida
2
What brazilian snake is this?
6
Can you identify this snake?
1
What Snake is this? (Found at my door in Raebareli, North India)
1
What species of snake is this? It was sighted in NE New Mexico, Union County