Does it make ANY difference to which strand of DNA double helix base pair heads? I mean, could base pair AT and base pair TA makes any difference when interpreted by biochemical mechanisms which use DNA?

I am a novice in biochemistry, so please excuse me my ignorance if the question is ridiculous.

Absolutely yes, is the short answer.

All genes are encoded in a 5-prime $\rightarrow$ 3-prime manner on each of the 2 DNA strands of the double helix.

Here's an example of a stretch of the genome from a bacteria that I work on in my PhD:

Each of the blue boxes is a separate gene. You can see they're able to be encoded on both strands, and run in opposite directions.

Consequently, whether a base pair is AT or TA changes the overall sequence, and would affect any gene which happens to span that base pair.

When reading the DNA during transcription, the strand that the gene resides on is called the Template (sometimes "Sense") strand. 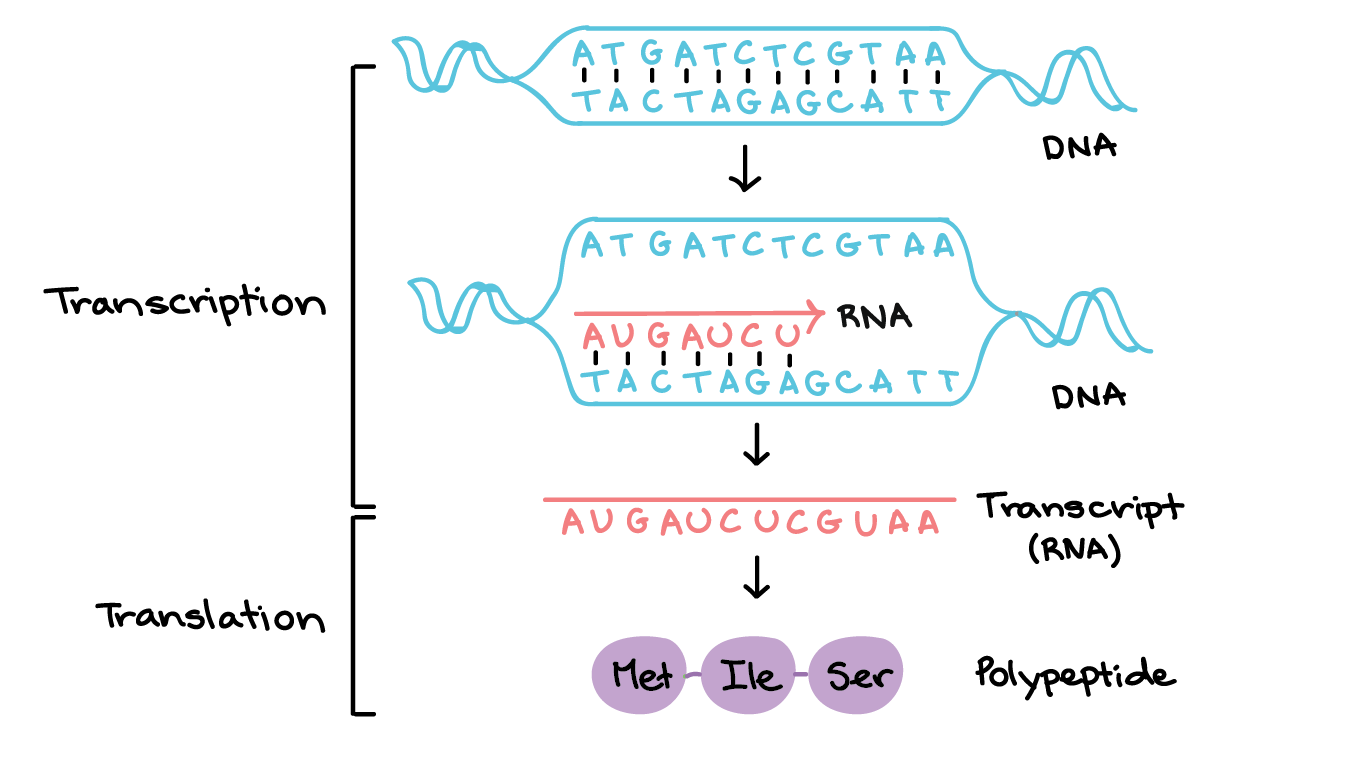 The strand is separated by RNA polymerase enzymes, and it then uses the opposite strand of the DNA, known as the "anti-sense" strand, to create a copy of the gene sequence, but in RNA instead of DNA (and Thmidine bases are substituted for Uracil, as in the diagram).

Thus, the polymerase creates a mirror image of a mirror image, restoring the sequence of the original strand, but in it's RNA representation.

Flipping the bases round in the helix would change the sequence in the DNA molecule, and this would be propagated by the enzymes etc. which rely on it for transcription and replication.

Not the answer you're looking for? Browse other questions tagged biochemistry dna molecular-genetics or ask your own question.

1
Mitochondrial D-Loop
5
Anomalous base pairing of nucleotide tautomers
3
From an information perspective, are both strands of DNA necessary?
9
Stability of DNA double helix conferred by base stacking
6
Twist in the DNA double-helix
6
Are there functional examples of parallel DNA double helices?
4
What is the justification of Chargaff's second parity rule?
2
What happens to the complementary base when the other undergoes a base substitution mutation?