What is this flying animal that hovers like a hummingbird? [duplicate]

What is this animal?

There are several species of hummingbird moths. Their more distinctive feature, as the name implies, is that they hover just like a hummingbird.

Your photo is not the best one for identification, but it seems to be a hummingbird hawk-moth, from the Genus Macroglossum, specially because the rear feather like tufts (which are just elongated setae).

Here is a better photo, for comparison: 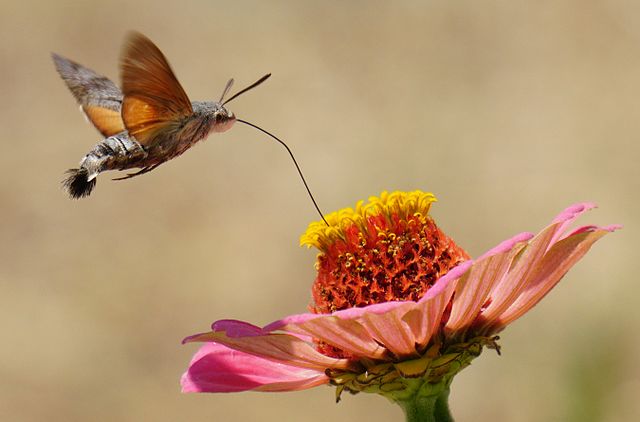 However, according to the colors you described, your species is probably different from that in the photo above.

Here is one flying (from a different species):

Not the answer you're looking for? Browse other questions tagged species-identification lepidoptera or ask your own question.

62
A new species of small bird?