Are my plasmids single-stranded? 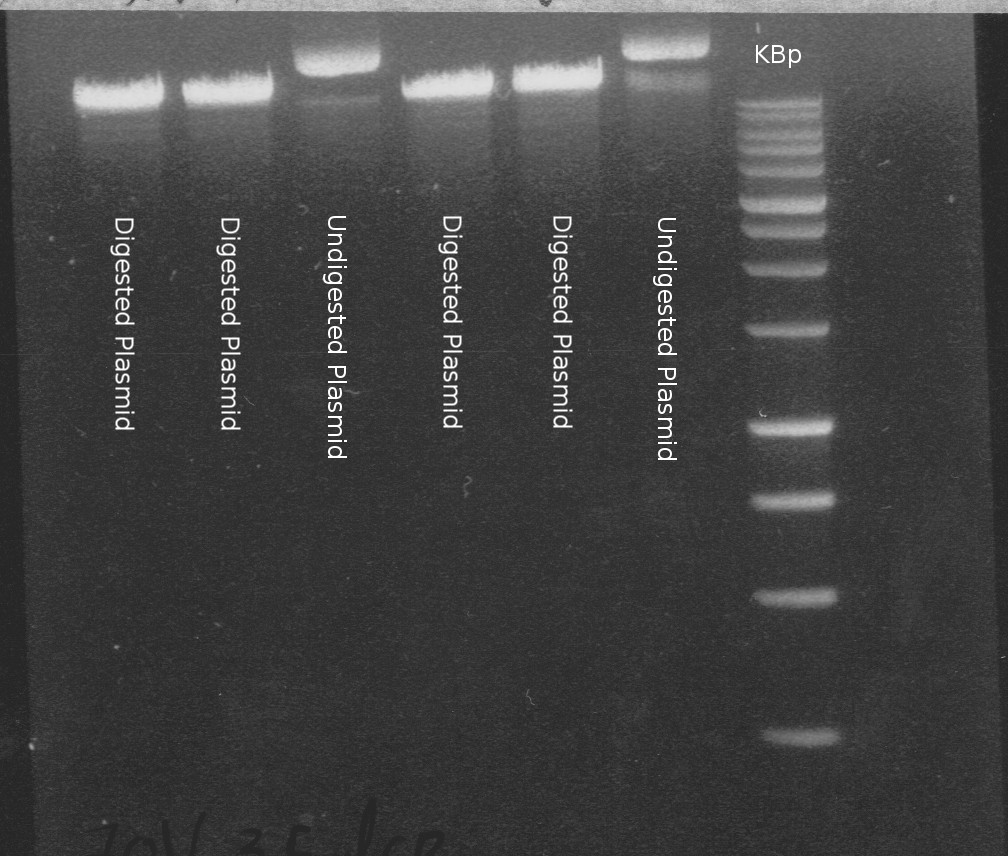 Hi, in this agarose gel photo (70 volts, 3.5uL Gel Red in 30ml of TBE, 1% Agarose, 1 hour run), I've checked the digestion of a large plasmid (15Kbp, one cut site). The theory says that the digested plasmid (linearized) should migrate slower than the supercoiled form of the uncut one (bigger band of the Undigested Plasmid). In my case the digested plasmid is faster than the undigested one. I've found that my digested plasmid could be single-stranded (http://bitesizebio.com/13524/how-to-identify-supercoils-nicks-and-circles-in-plasmid-preps/). Do you think that could be the case?

You assume that the undigested plasmid is supercoiled, but more probably it is in the relaxed circular form due to single strand nicks. This form migrates slower than linear DNA.

I think that the simplest explanation of what you are seeing is that the uncut plasmid is in the form of dimers formed by recombination between monomeric circles. These would be resolved into monomer-sized linear molecules in the digestion.

I haven't seen this idea of single-stranded circles before, but if it did happen then I don't think this form would be predominant, and of course such ssDNA circles would be unaffected by digestion.