Why did humans get rid of their tail in the evolution?

Most mammals seem to have tails. Even human embryos start out with a tail. But here we are with nothing but a tail bone that hurts when we trip over backwards. What is it good for? Why don't humans have a tail to wag around?

Some science fiction (like Avatar) even portrays a tail as something sexy. And we all have experienced that a third arm of some kind would be very useful once in a while. Especially since humans stand up alot of the time it could help us keep the balance.

Is there any utilitarian evolutionary explanation for why we don't have tails any more? Is it only because we try to be different?

The tail serves a variety of complex balance tasks in locomotion, turning, jumping, aerial balance, hanging, and most mammals have a tail, save for other examples, i.e. rabbits, pigs, capibaras, manx cats, seals and bats, lemmings and hamsters have mini tails. 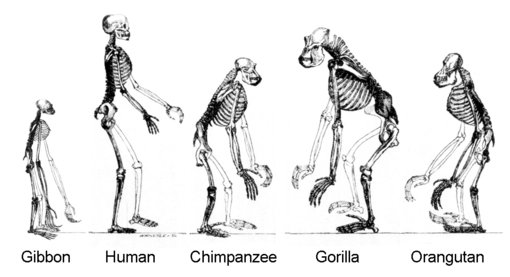 All the previous large apes related to humans lost their tail millions of years ago. The reason why that occured are multiple and mixed. Multiple good explanations have been suggested.

Gibbons are some of our most monkey-like ape cousins. If you see how they move, they run on two legs rather than 4. Monkeys with tails are less adapted to walking and their pelvis is angled differently. https://www.youtube.com/watch?v=b9Pt2qgSqJw

Large animals with small tails, such as caribou, hippos, elephants, deer, seem to keep some kind of tail, however with chimpanzee type animals, once the tail became small it didn't stay on as a mini-tail. So would it make sense for chimpanzees/humans to have small tails like hippos or very long ones? If a chimp can run on 2 legs, that leaves it two hands to catch the tail of another competing chimp.

The big apes move differently to small apes: big apes live on the ground more, they don't run in trees as much, they move differently, they are larger, they have completely different body ratios for arm and leg size, and there have been a wide variety of propositions for hundreds of years on this topic without a particularly clear reason being accepted for which great apes don't have a tail.

Not the answer you're looking for? Browse other questions tagged human-anatomy human-evolution or ask your own question.

11
Why did humans evolved the scratch reflex?
0
Why did many species of Homo and their ancestors evolve in East Africa?
3
Why did evolution make people's skin dark?
8
Why do humans grow taller than their ancestors?
5
Why did the face of human species changed so much during the course of its evolution?