I am trying to identify this insect on a hibiscus plant. Google googles is unable to identify it. 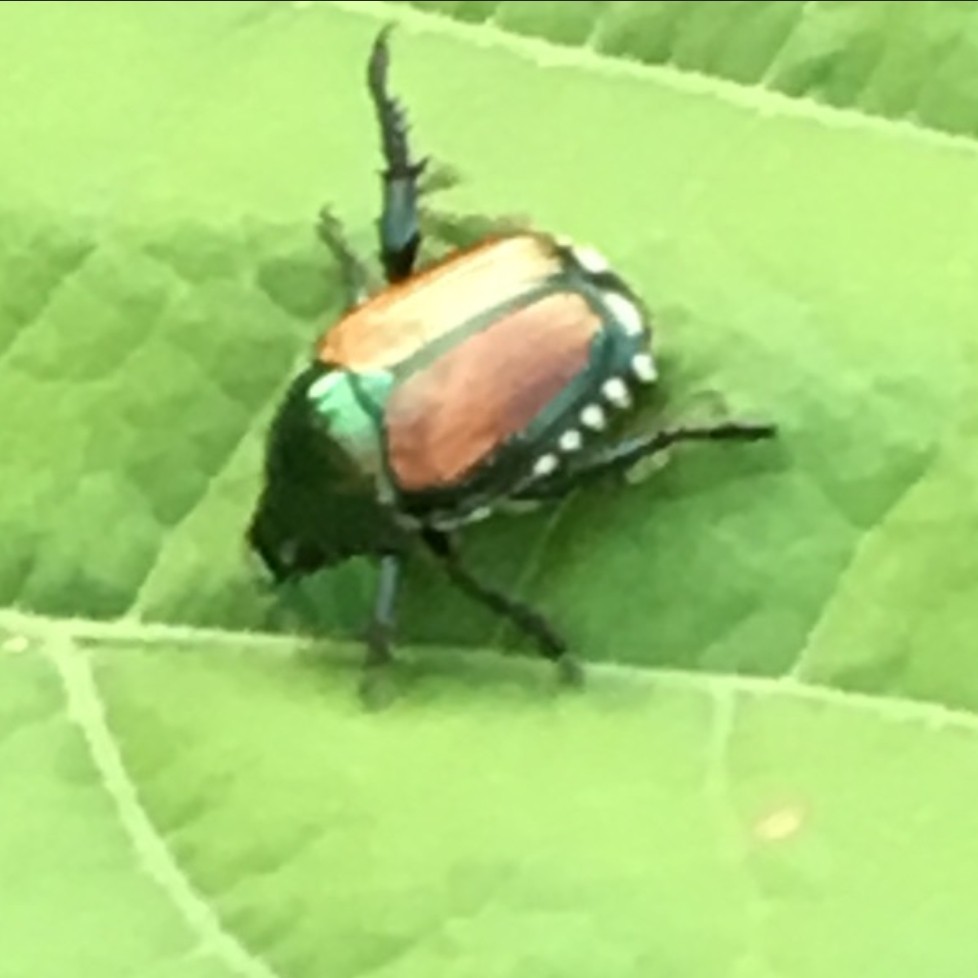 It's a Japanese Beetle Popillia japonica - they are invasive in most of North America and some of Europe now. 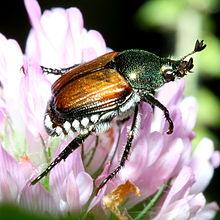 They are spreading rapidly west in the United States and many areas are reporting the largest numbers ever observed, for example: http://www.wisconsinrapidstribune.com/story/life/2017/07/19/japanese-beetles-invade-central-wisconsin/490140001/

For control around your plants, it is recommended to manually remove them; brushing or placing them in water with some dish soap works well. They tend to congregate with other individuals of the species, so if you take them off your plants that will tend to limit the numbers that join them. However, they likely do the most damage to gardens etc as larvae, and there doesn't seem to be a good, specific way to control them at that stage.