What is this worm or larva I found in my walls

We were recently doing some major remodeling in our 1920s era home and found what looks like a nest of small meal worms. I am wondering if anybody can identify them! Here are some photos: 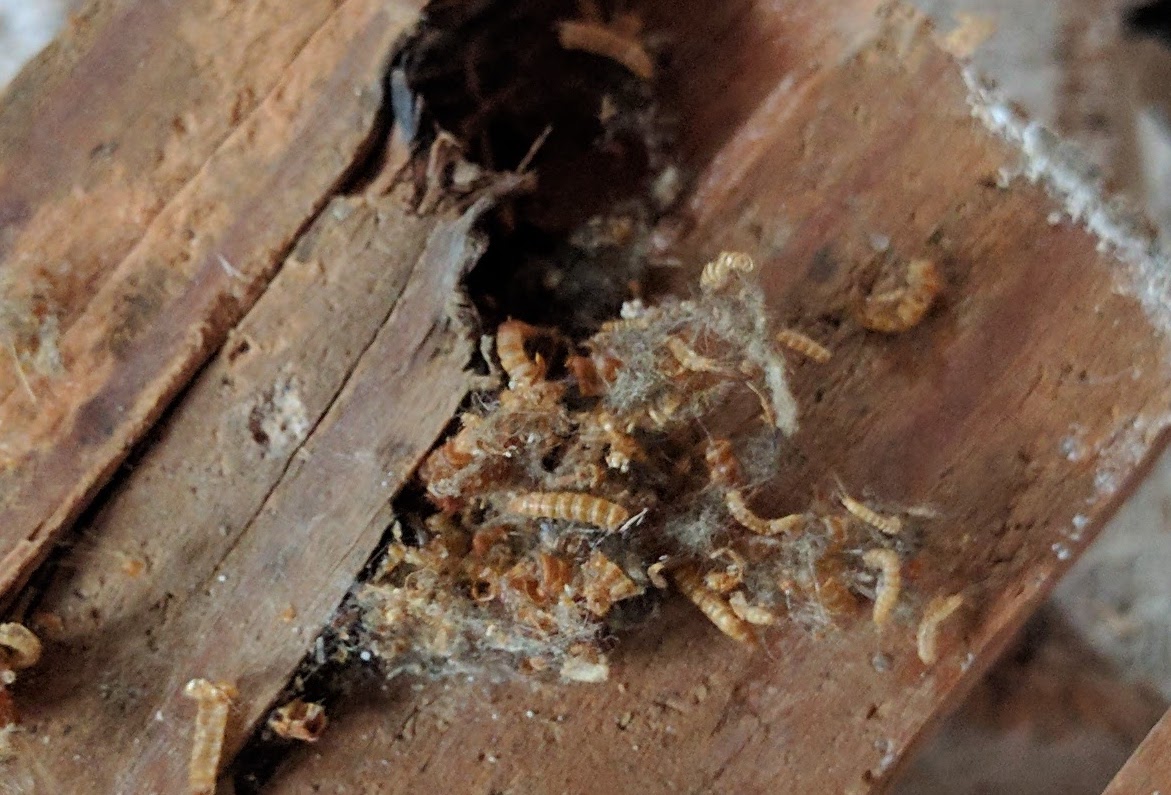 Our home is in Denver CO. I didn't see any living examples so it is possible they have been there for nearly 100 years.

You are correct!, those are definitely mealworms. If you're not already aware, mealworms prefer to live in dark places (so under/in woodwork is expected) and typically eat decaying material, but are also partial to consuming new plant growth. 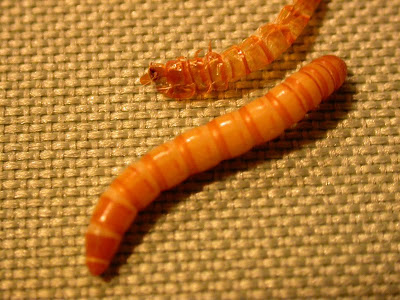 During the larval stage of a mealworm (of which will eventually grow into a Darkling Beetle), a mealworm will undergo 10-15 molts before pupating. That being said, the collection of carapaces that are shown in your picture is probably the work of just a few beetles.

I cannot attest as to how long it takes for a mealworm carapace to deteriorate, but sure, those remains could very well have been there for decades. If the location in which you found these remains has a dirt floor, you could possibly try identifying trails that were left by the developed beetles. Their trails looks like this: 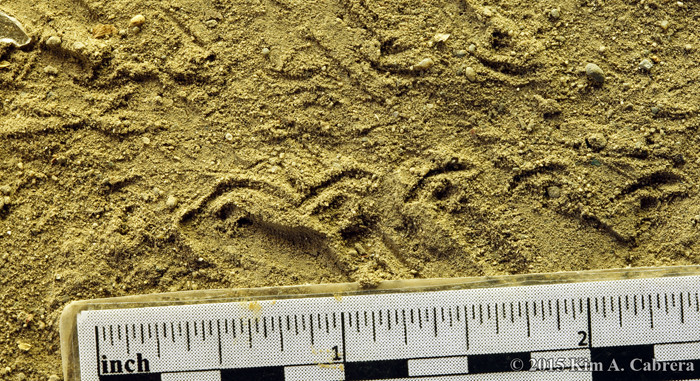 6
Do ants use something similar to the honey bee “waggle dance” to instruct the rest of the colony where to find a food source?
6
What is this white/translucent with brown back, larva/worm creature I found, in the UK, on my lettuce?
2
What is this worm-like creature?
1
Species identification: 2.5mm (3/32“ or 1.5/8”) brownish ant in highrise apartment
4
Help to identify larva found in sink?