Is it normal for corn to have multiple ears in one place?

I have (out of a mistake) one corn plant in my greenhouse and it made 4 cobs in one place. Is that normal?! I never saw something like this before. 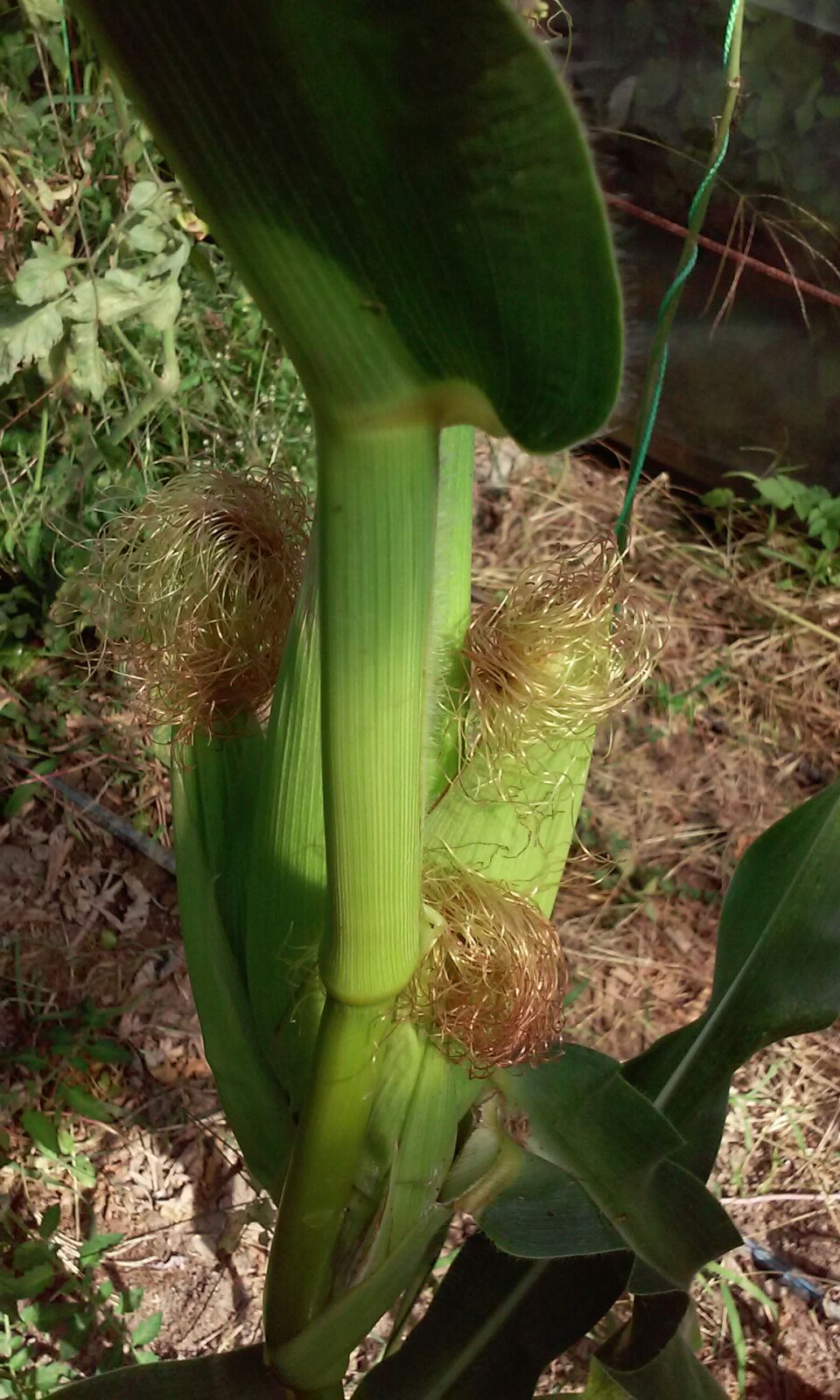 This is an example of "bouquet ears", or, what Rob Nielsen coined in his 1999 paper2 as "MESS Syndrome" (Multiple Ears on Same Shank).

Although not a regular occurrence, MESS syndrome is not unusual. According to Nielson in an online article in 2014 [my emphasis included]:

The fact that multiple ears sometimes develop from a single ear shank is not, in and of itself, physiologically unusual. Ear shank development essentially replicates the developmental pattern of the main stalk of the plant.

Normally, hormonal apical dominance exhibited by the primary or apical ear on an ear shank (or simple competition for photosynthates) suppresses the initiation or development of secondary ears at lower shank nodes. However, under certain conditions or with certain genetic backgrounds, one or more secondary ear shoots not only initiate successfully, but also continue to develop to the point that their presence is clearly noticeable. While the appearance of one or more additional ear shoots with silks emerging from lower husk leaves may not be attractive, I do not believe there is any real detriment to the plant by their existence as long as the primary ear is "normal".

Bonnet (1966)1 described this phenomenon in the 1960s and reports of occurrences happen periodically. In 2006, Nielson3 coined the "bouquet" terminology to describe multiple reports of out-of-proportional growth of multiple ears from single shanks in numerous midwestern farms.

An Ohio State University article suggests that the cause of this phenomenon is unknown, but Nielson is probably the expert:

Some hybrids may be genetically prone to developing multiple ears on a single ear shank. A threshold genetic trait may be triggered by particular stress events that occur during primary ear formation. Dr. Bob Nielsen at Purdue University has proposed that more than one external “trigger” may enable the development of multiple ears to occur on these hybrids. He has observed that the “bouquet” effect is more prevalent and severe in late plantings where silk clipping by rootworm beetles prevented kernel set on the primary ear (i.e., possibly minimizing or negating apical dominance against secondary ears).

You can see an image of a buoquet from one of Nielson's studies below: 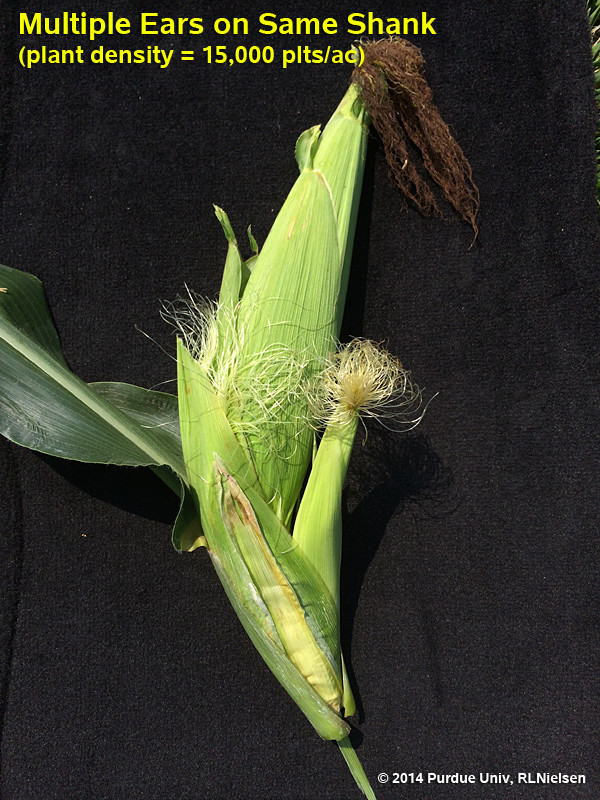 Not the answer you're looking for? Browse other questions tagged botany plant-physiology food plant-anatomy or ask your own question.

10
What is the name of this plant?
2
Is plastic just as good for you as corn?
4
How do roots obtain nutrition?
6
Species Identification: Bulbous root on plant, Southern California, USA
4
Plant growth in blue light
6
What happens when you take a deciduous tree and place it in a climate controlled greenhouse?
3
Sextuplet corn (Zea mays with branched ear)
0
Hybrid seed production requires a male sterile parent. Why?