I have read in wikipedia that the first dengue virus infection is cleared by the body very easily. The second infection, however, is dangerous. How does body fight second infection, or does it has any tool to fight it given earlier antibody will be ineffective?

From the Wiki page for Dengue fever, I believe the text you're referring to is:

... those who have previously been infected with other serotypes of dengue virus ("secondary infection") are at an increased risk.

Notice that the text says, "...infected with other serotypes of dengue fever ...". That being said, your focus should be on the effects of reoccurring infections brought about by different forms of dengue fever.

In 2011, the School of Public Health at University of Berekeley published a study that addressed this very situation. According to the article:

In two clinical studies of dengue in Managua, Nicaragua, we observed an abrupt increase in disease severity across several epidemic seasons of dengue virus serotype 2 (DENV-2) transmission. Waning DENV-1 immunity appeared to increase the risk of severe disease in subsequent DENV-2 infections after a period of cross-protection. The increase in severity coincided with replacement of the Asian/American DENV-2 NI-1 clade with a new virus clade, NI-2B.

And to quote lead author Molly OhAinle, which I believe answers your question:

With the second infection, the antibodies sort of recognize the new type of viruses, but not well enough to clear them from the system ... Instead of neutralizing the viruses, the antibodies bind to them in a way that actually helps them invade the immune system’s other cells and spread.

So, given that the immune system represents all behaviors within our body that defend against foreign bodies considered to be a threat, if the immune system itself is helping the virus, then no, there is no other line of defense against the infection (excluding treatment intervention).

Lastly, here's an image from that publication, showing the seasonal patterns of dengue fever with respect to the various serotypes: 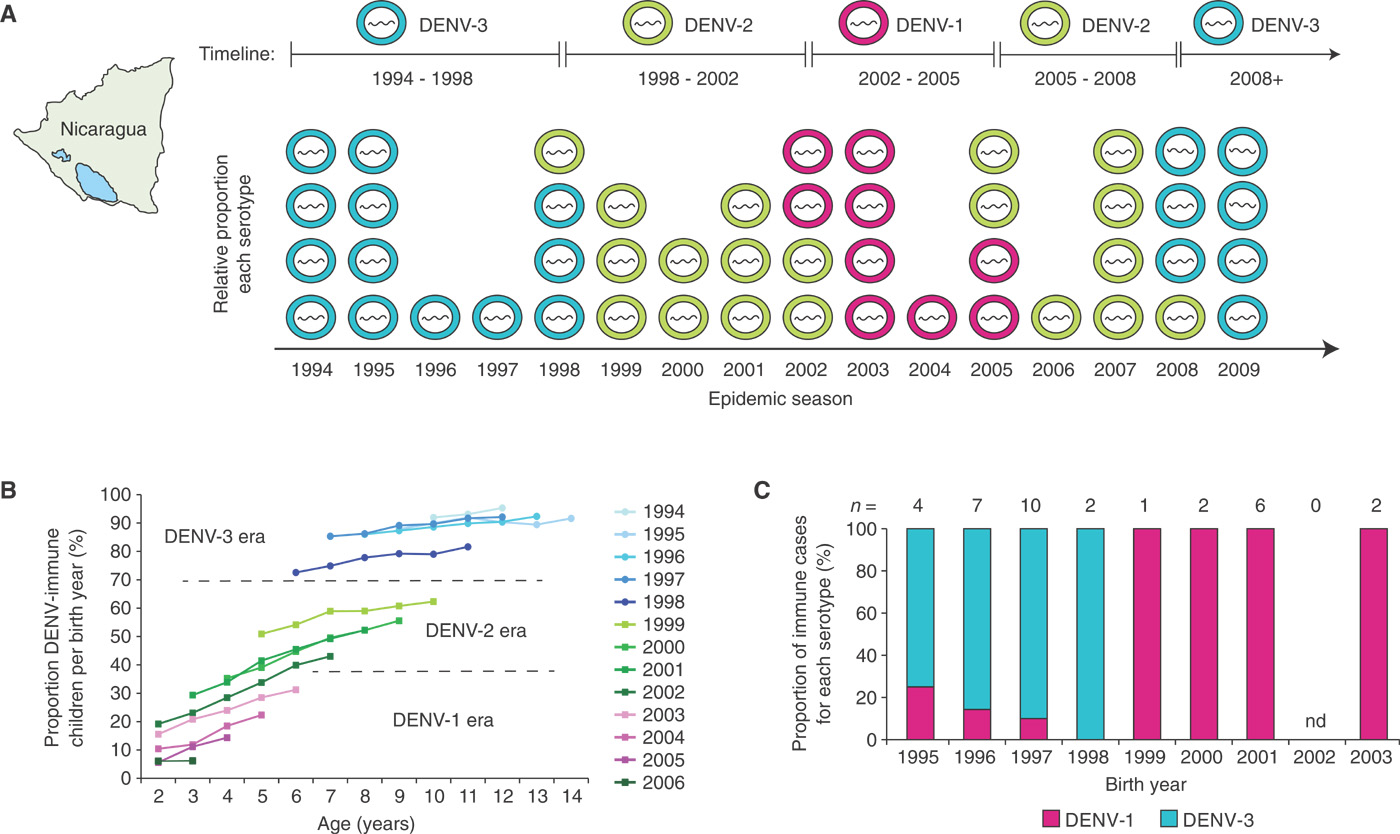 Not the answer you're looking for? Browse other questions tagged immunology virology or ask your own question.

3
Are B Cells unique to an individual's immune system?
3
How specific is the adaptive immune response?
4
Viruses affecting transmission capability of mosquitoes
9
Why does the HPV vaccine not work on already infected people?
3
How are viruses isolated?
3
How do PARPs counteract coronaviruses?