How to determine the height/bits in a sequence logo?

I am trying to create a sequence logo, and I am completely confused by how to determine the height/bits for each column. So, for example I understand how to create the flat sequence logo: 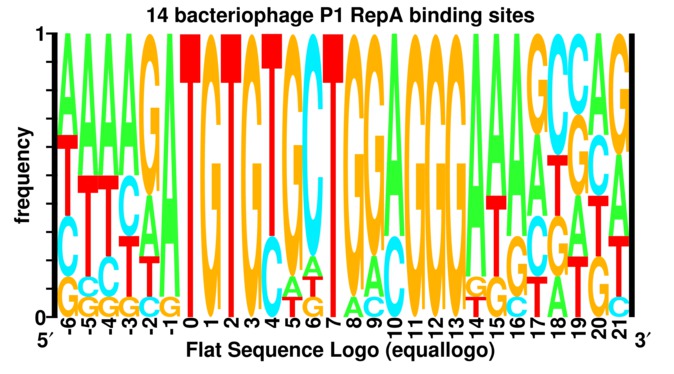 (add up all the letters, the letters should represent their ratio for that position) but not the normal sequence logo: 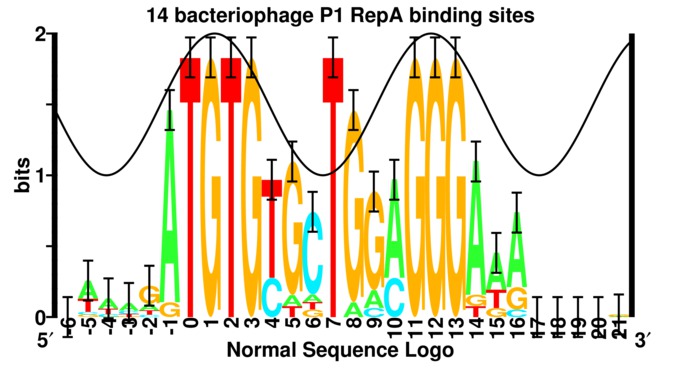 I have been reading this paper "WebLogo: A Sequence Logo Generator" again and again and I can't figure out how to determine the bits/height for each given position.

Wikipedia has a page on sequence logo which discusses the calculation briefly.

The "bits" here are related to those used in Shannon entropy. This is an information-theoretic equivalent to the Boltzmann entropy from thermodynamics. This is a measure of how "disordered" the position is, or more precisely how specific the distribution is.

where $i$ ranges across all the various states (e.g. each nucleotide).

The wrinkle is that the entropy of a distribution isn't really what you want to display in a sequence logo. Instead, you want something that gets larger (not zero) when the sequence becomes more defined. As such, the values displayed are not the entropy itself, but the "entropy loss" from a completely random (maximal entropy) distribution.

That's how you get the total number of bits at a position (the total height). The height of the individual letters comes by taking the total height and multiplying it by the probability of each state. This might not have rigid theoretical justification (you can't attribute the entropy loss to individual nucleotides like that), but it fulfills the display purposes of making the more prevalent nucleotide identities larger in display size.

Not the answer you're looking for? Browse other questions tagged genetics visualization or ask your own question.

8
How do I read a sequence logo?
4
DNA sequencing problem
5
Doubt on genomic code for nucleosome positioning?
1
How is the “fine mapping of pelvic regulatory region” done in this paper?
2
How to confirm pure-breeding parents
3
Figuring out if populations from two regions share the same Neanderthal haplotypes
2
Actual determination of the DNA sequence in the shotgun approach?
1
GEN file format, SNPs and alleles