Sounds trivial? Please help to sort out. I saw this picture while looking at dehydration reactions and cell revision. 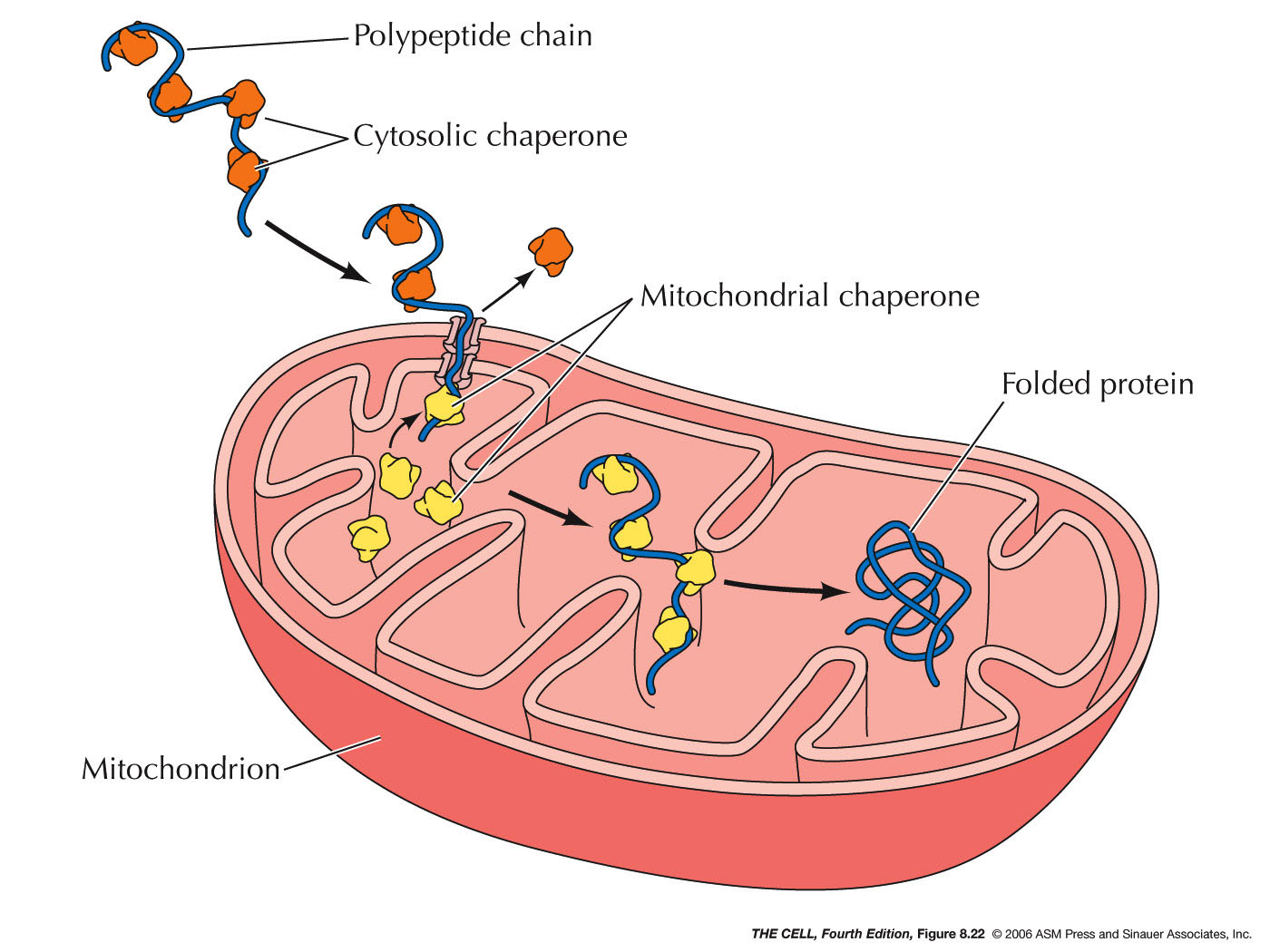 And proceeded to the reference web page.

With regards to protein synthesis and folding, this kind of info is not in my textbook. Not in couple of the online open textbooks either. I even search for where do protein fold? to find out if there was a relationship. It doesn't say protein fold in mitochondria and turns out it's a question most scientist are looking for answers.

For whatever protein synthesis I have learnt so far, there was no mentioning of protein strands going into mitochondria but mitochondria as a power houses. What's going on here?

Why would a protein go into a mitochondria? How does it exit and where to?

As you probably know, mitochondria (together with chloroplasts) are a very interesting organelle: they are a result of an endosymbiotc relationship that took place more than 1 billion years ago.

And, because of that, mitochondria have their own (circular, as a prokaryote) DNA. And here comes the common misconception: a lot of students think that mitochondria (and chloroplasts as well), because they have their own DNA, can synthesise all proteins they have (the most famous ones are the enzymes of Krebs cycle and Respiratory chain). But that's not correct.

What happened is that, generation after generation, along a very big period of time, mitochondrial genes were, little by little, transferred to the host's nucleus. According to Nature (2017):

Thus, today, a human mitochondria has only 37 genes: 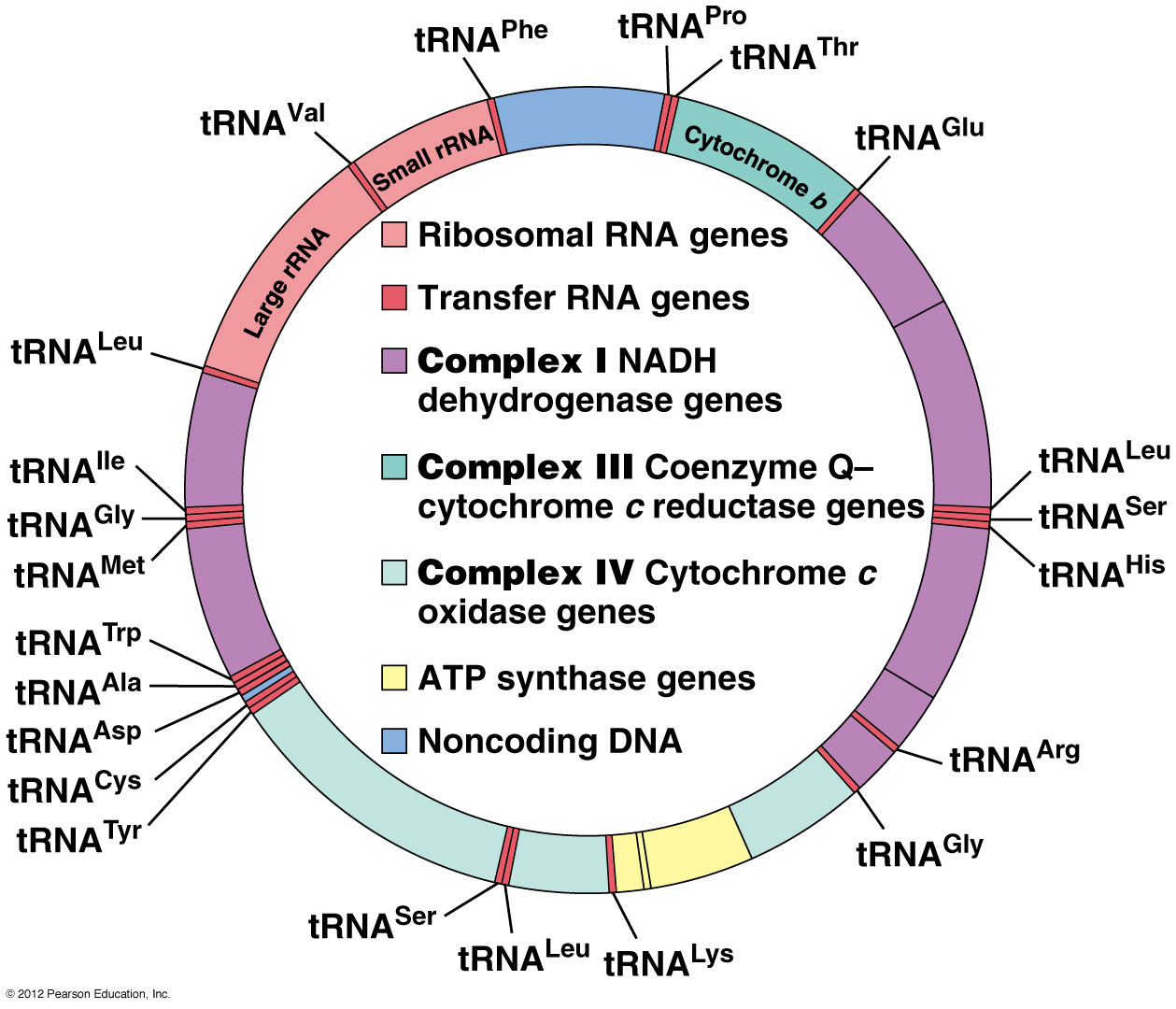 From those 37 genes, only 13 code for respiratory proteins. Therefore, those mitochondrial genes are responsible for only a minor fraction of the proteins present in a human mitochondrion. So, where do the other proteins come from?

They come from the nucleus, encoded in the nuclear DNA. Those proteins are synthesised in the cytosol and, using peptide signals, are transferred to the mitochondria. According to Dudek, Rehling and van der Laan (2013):

Most mitochondrial proteins are encoded in the nucleus. They are synthesized as precursor forms in the cytosol and must be imported into mitochondria with the help of different protein translocases.

According to the Human Protein Atlas, 1070 proteins have been detected in the human mitochondria. Thus, since 13 of them are from mitochondrial origin, we conclude that at least 98.7% of the mitochondrial proteins are imported from the cytosol.

Not the answer you're looking for? Browse other questions tagged mitochondria protein-expression or ask your own question.

1
Where are the ATP synthases synthesised?