What type of Bacteria?

I did some tests to a bacteria colony and I observed the following:

First of all let's start from the shape and after that we move on to the chemical tests that I did to them:

After some research to the databases, I figured out that it might be:

If it belongs to the family of Pseudomonas:

So, my question has 3 parts:

Important notice: I have used a blood agar plate with a concentration of 5–10%. It contains as far I know, mammalian blood maybe from sheep or horse. I forgot to check the temperature, but I don't think that it is very important.

Consolidating my comments, and taking all the results at face value (though microbiology can be very tricky), the most likely candidates are Moraxella, or Neisseria spp.

Gram negative cocci (spherical cells) rules out a large number of possibilities, leaving just the above 2 and Veillonella as candidates. 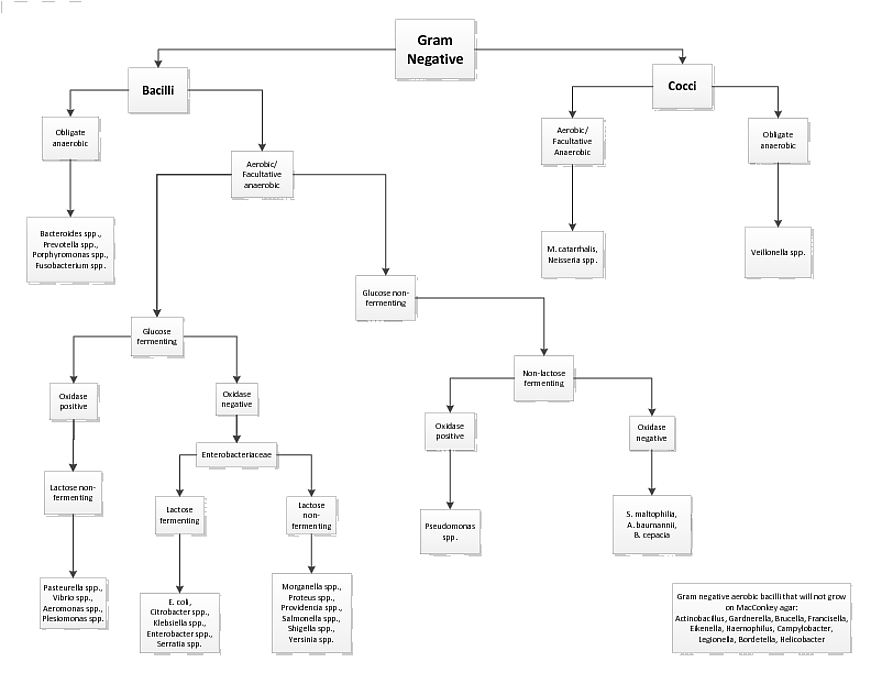 The OP said that the culturing was done under aerobic conditions at 30˚C. Veillonella is an obligate anaerobe, and so wouldn't survive this. Both Moraxella and Neisseria are happiest at 37˚C but would no doubt grow at 30. Both are cultivable on blood agar. Neisseria is best cultured in a 5% CO2 atmosphere, so is probably somewhat less likely. Both appear as pale-whitish colonies on plates. The OP's observation of yellowish colouring could be artifactual of the plate colouring, I'm not 100% sure.

Both are positive for oxidase and catalase. 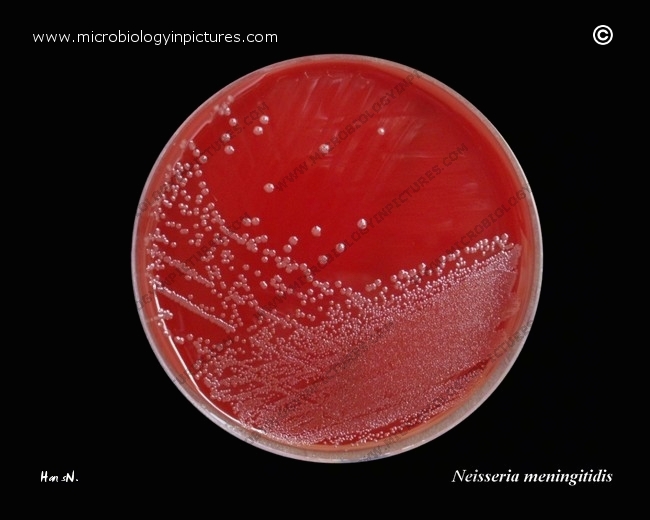 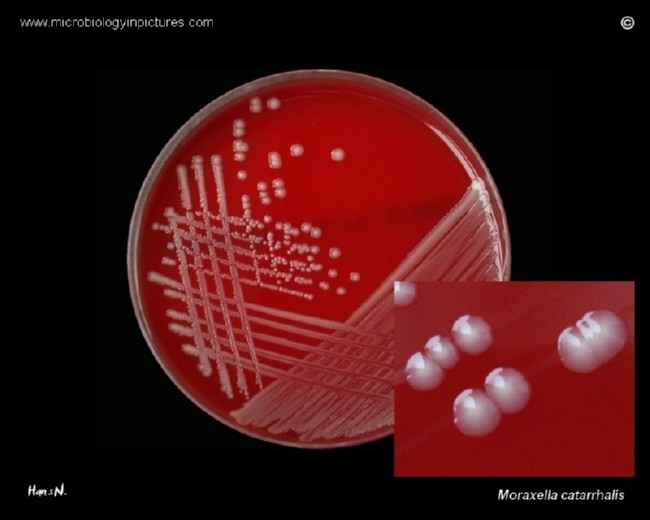 One final comment: both of these are pathogens, so continue with all due caution.

Moraxella, in particular, is a respiratory pathogen, so I would advise working in a biosafety cabinet. I'll assume you already have the relevant paperwork/permission to be handling > BSL1 organisms...

Not the answer you're looking for? Browse other questions tagged species-identification bacteriology or ask your own question.

4
What are gram negative and positive bacteria?
11
What are the functions of magnetic bacteria?
1
What type of lizard is this?