What is happening to this spider?

I was trailing through a local bird sanctuary yesterday (central Kentucky, USA) and came across this spider.. it's definitely dead, but what is hanging from the back part of its abdomen? Has some parasite taken home within it, and that is its "nest"? 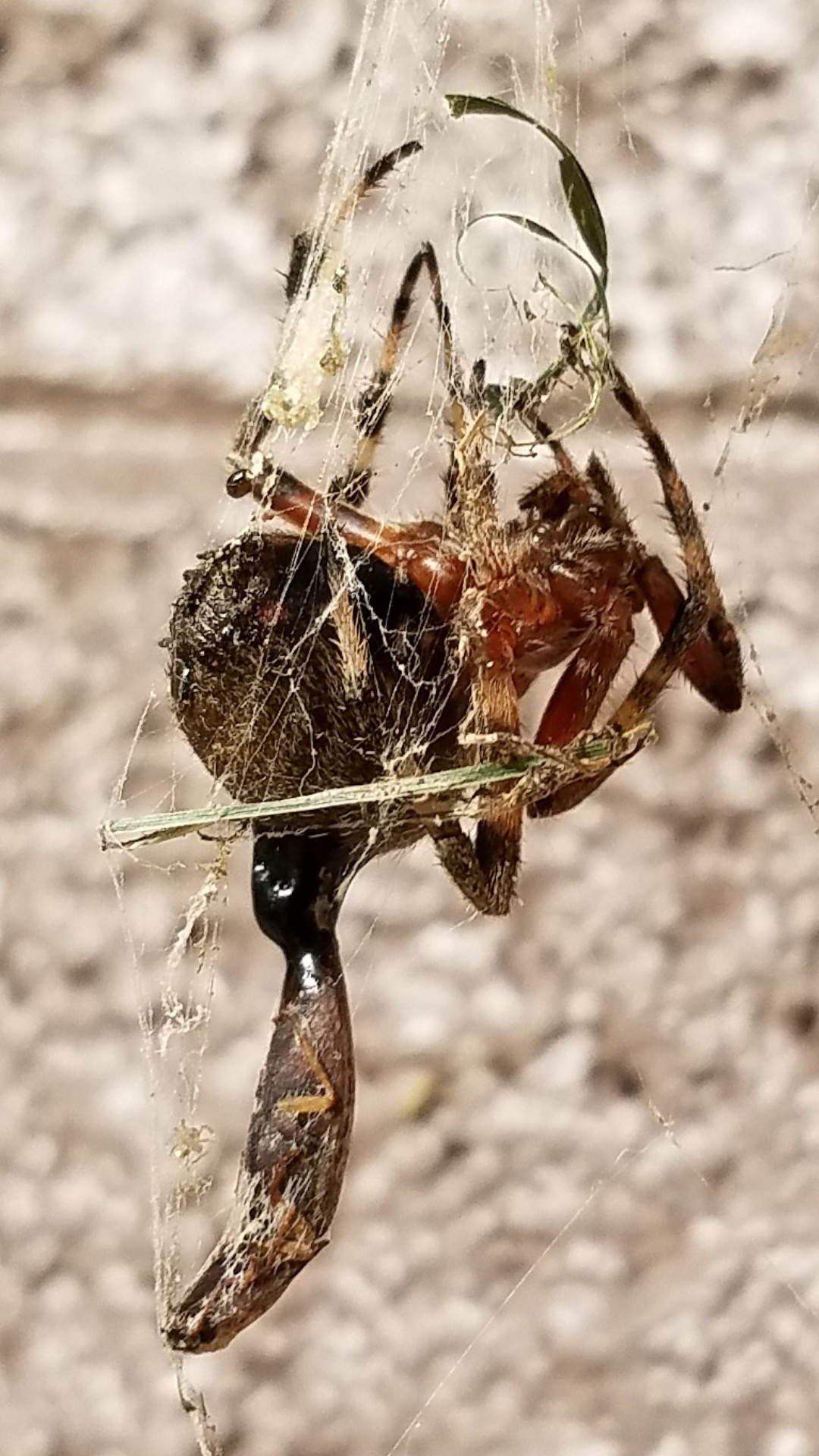 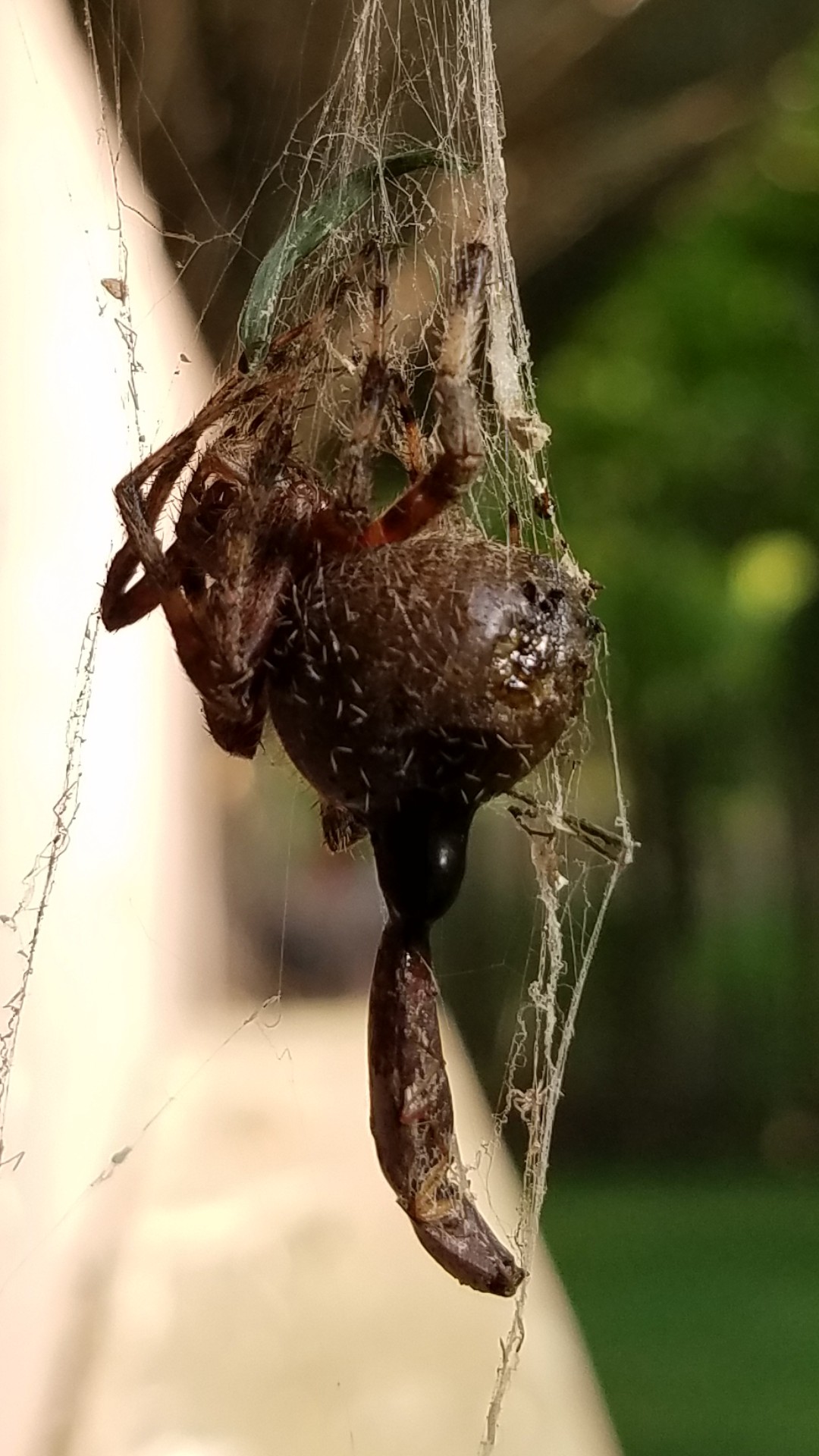 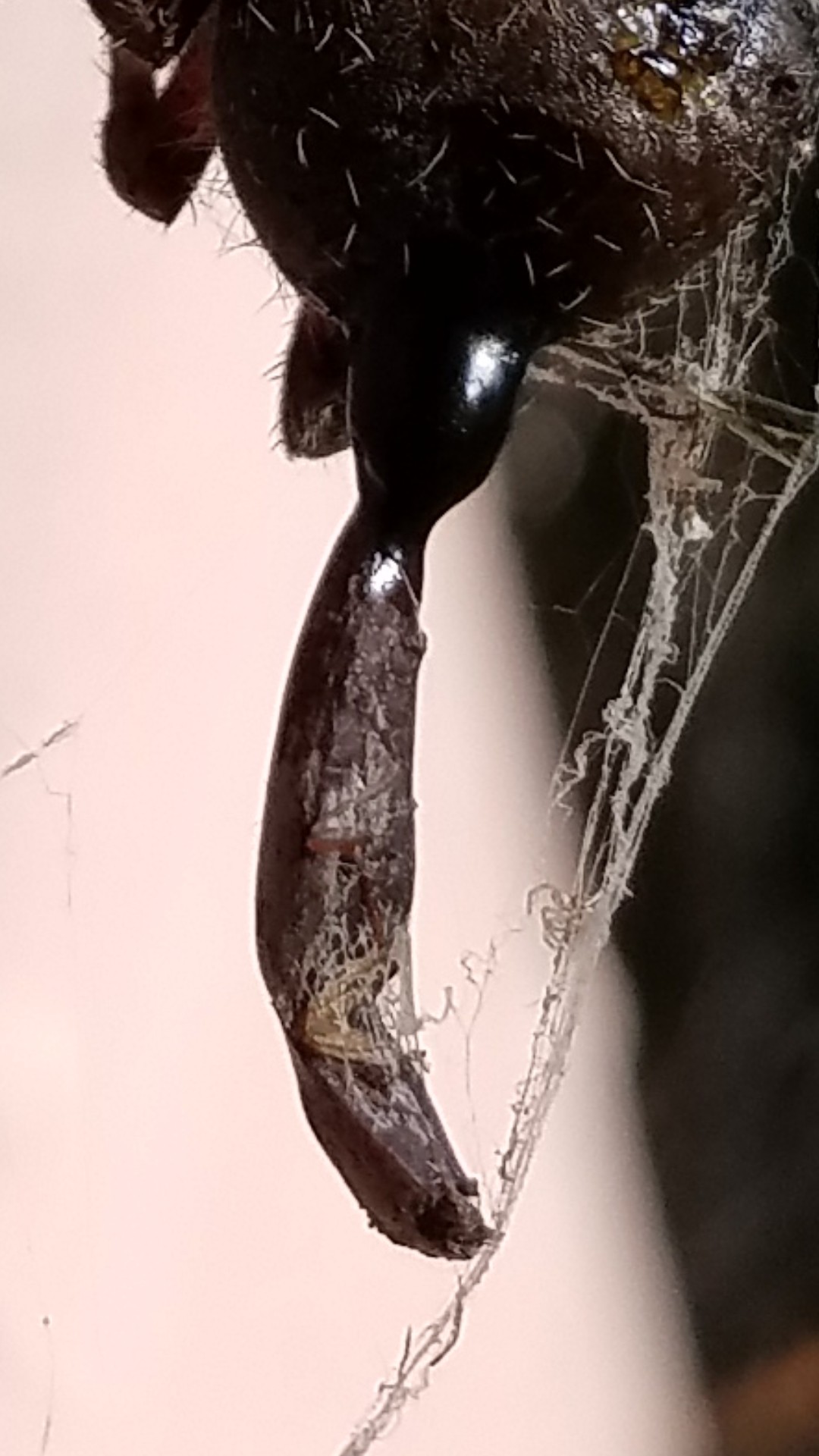 It is hard to say for certain, but the insect hanging from the spider looks like it may be a member of the family Elateridae, commonly known as a "click beetle". As far as I know, they're harmless and no threat to a spider.

The close binding of the legs with silk suggest that the click beetle(if that is indeed what the insect is) may have been a meal prior to the spider's death, or packaged for later consumption.