It turns out that my work in nonlinear dynamics directly maps to a close variant of the Integrate and Fire model. My model produces spatiotemporal patterns that resemble foam. I have to stress that this is the result of an exceedingly simple model of neuronal activity.

The plot below visualizes the voltage levels of a network of neurons. Yellow is high, purple is low. 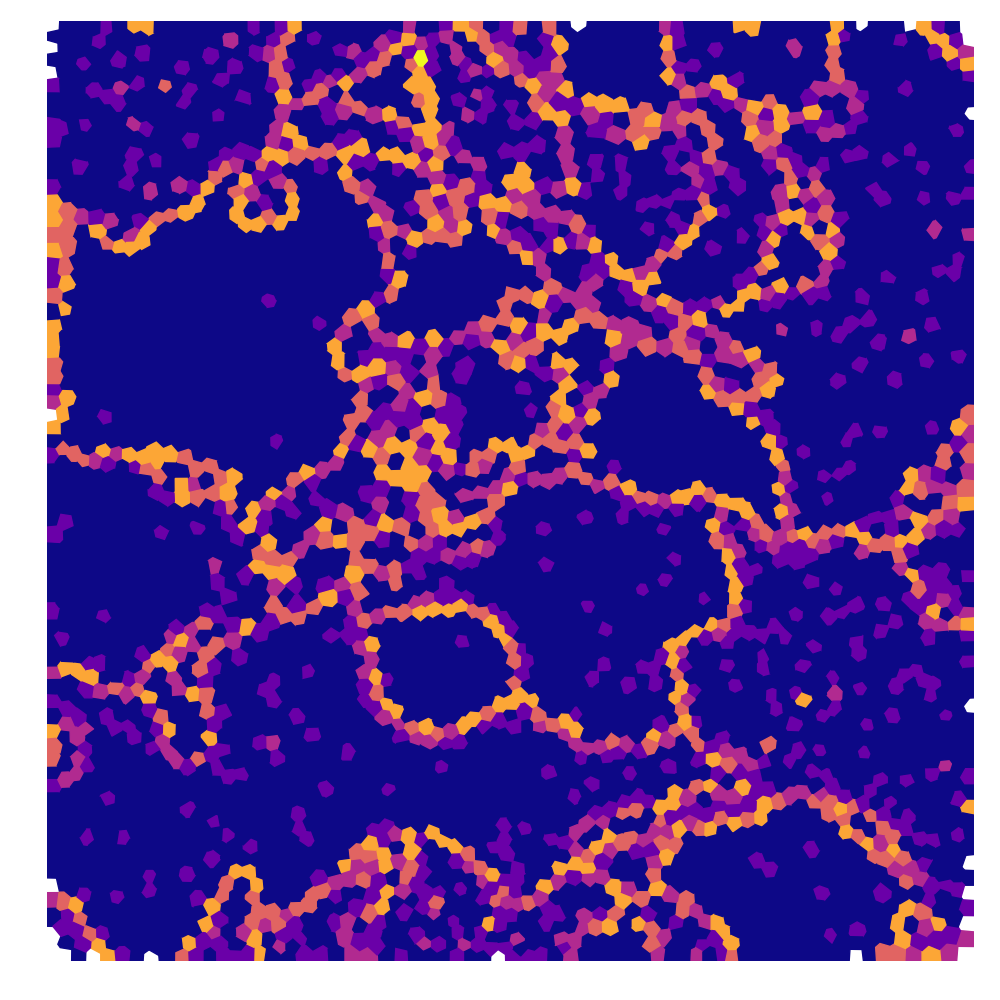 I am wondering is these patterns are relevant to the computational neuroscience community. To this end, I am looking for literature describing spatiotemporal patterns in (preferably biological) neural systems.

I am especially interested in any work that proposes metrics that characterise such patterns since this would allow for a quantitative comparison with my results.

Forgive me is this seems trivial to you, but coming form complex systems theory I did my best and found nothing.

Unfortunately, I haven't looked at this sort of literature for a long time, but here are some thoughts with which to start.

Your question is about "spatiotemporal patterns" of neural systems. One of the first things that comes to mind is neural oscillations (e.g. alpha waves). This is essentially looking for the presence of "frequency patterns" in the neural system. This has a huge amount of literature.

Another methodology that comes to mind is the graph-theoretic approach. In essence, functional or anatomical activity is used to build a graph, which can be analyzed for patterns (i.e. special properties of the graphs of neural systems that are, say, shared across species). One paper: Complex brain networks: graph theoretical analysis of structural and functional systems by Bullmore and Sporns.

Sorry if this is broad, but then again I feel the question is quite broad as well. If you have more specific questions, let me know.

Not the answer you're looking for? Browse other questions tagged neuroscience bioinformatics literature computational-model electrical-stimulation or ask your own question.