What kind of spider is this? 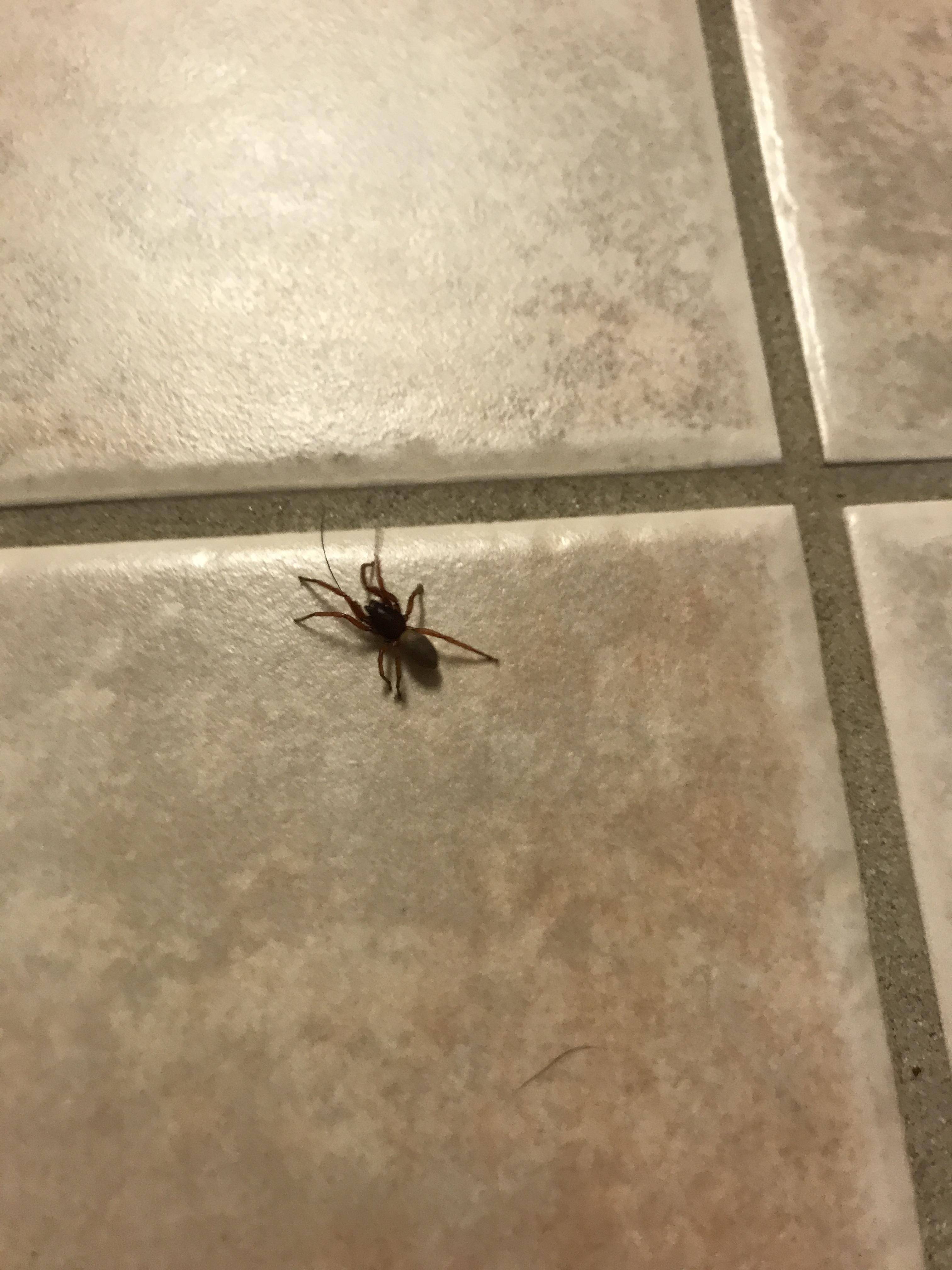 Found in my house in a Beltsville Maryland

I'm 90-95% certain that the spider in question is a Trachelas tranquillus, more commonly known as a "Broad-faced Sac Spider".

Broad-faced sac spiders are quite distinct in coloring; they have a dark gray/brown head (cephalothorax) with tan/light-gray abdomen, orange/red legs, and distinct pincers (which can be seen if you look closely). These spiders are also quite common for your area, and aren't a major threat to humans. 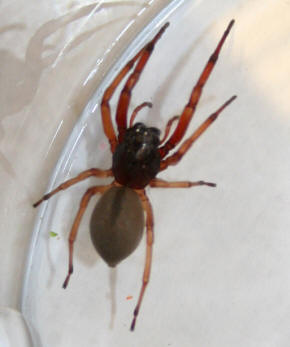 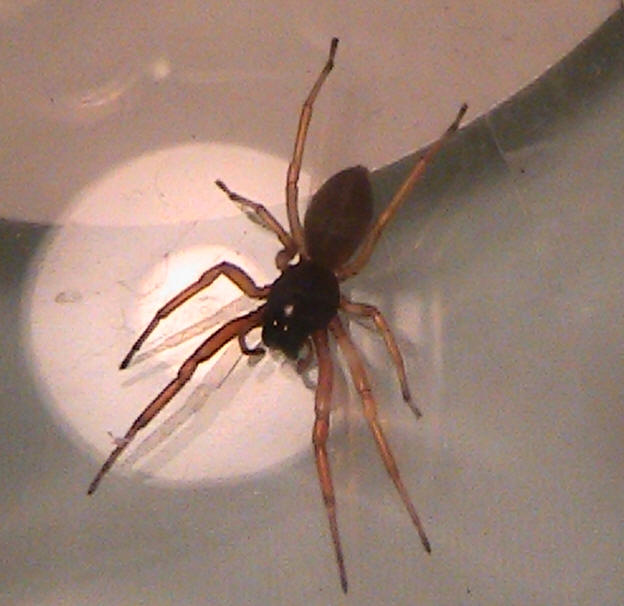 EDIT: I would like to mention that the images I provided (most likely) have enhanced lighting, and/or are much closer to the spider, so the leg color is (expected to be) lighter than what's depicted in your image.

I disagree with Trachelas. Two points stand out for me - the chelicerae are forward-projecting, rather than the flat face of the sac spider; and the rather odd knock-kneed appearance of the front pair of legs is a bit unusual for Trachelas. There is another two-toned, red-and-tan spider that also turns up in houses in the spring and fall - the European import Dysdera crocata aka the Woodlouse Hunter. That's what this is, I believe.