Is the shape of the skull important for brain size?

I do not know biology, but I notice that human skull have a particular form that is like a upward spike and other skulls which are only oval. 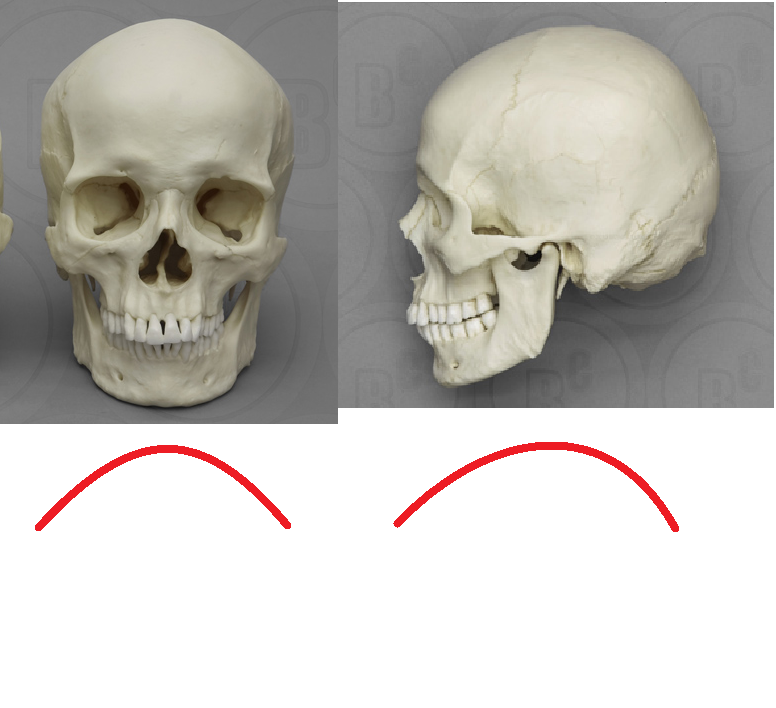 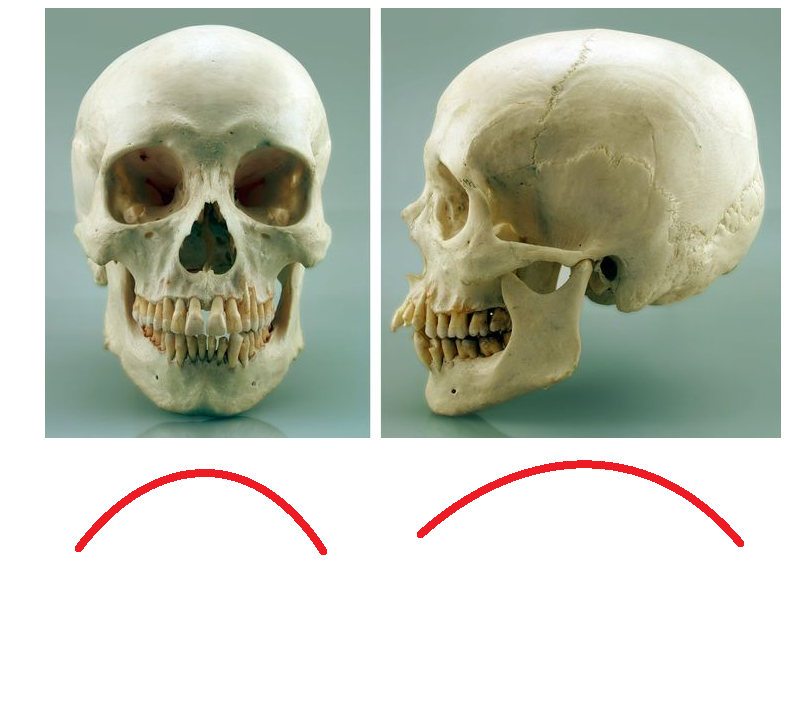 I know that in the example images the first skull is more big than the second skull but, imagine if both skulls have the equal size.

But the first type skull, go up, I mean first the forehead is a little inclined and then rises to the top of the head making the front of the skull smaller than the rest of the head.

While the oval skull is of equal size both, in front of the skull and the rest of the head.

My question is whether this is relevant to brain size or brain capacity? I mean people who have the first skull has a slightly smaller brain than people who have an oval skull or if it does not matter the shape of the skull and people can have the brain of the same size no matter what type of skull they have.

Besides that if because the first skull has that form, somehow affects the performance of the brain, since good part of the skull is smaller than the other and not in equal size like the oval skull and because of that the brain has a bit of complication.

Browse other questions tagged evolution human-anatomy brain or ask your own question.

1
Is eating salt dangerous for the brain?
3
Accurate Human Skull Model for Educational Purpose
2
Skull size of Homo naledi
1
How can skull size difference alone explain behavioral differences using evolutionary theory?
4
Why did we lose our fourth type of cone cell (in the eye)?