Why do cherries sometimes grow as triplets?

Usually when I think of cherries, I think of them as pairs. I think most of us imagine them that way, but recently, I stumbled on a picture of a triple cherry: 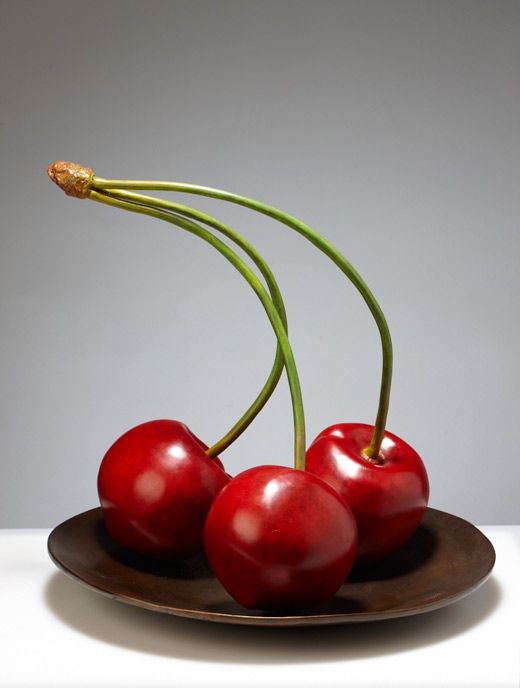 Which I found interesting, but I couldn't find any more info on this, so I hoped to find some answers here. Why do they sometimes grow like that and how often does it happen compared to their regular twin counterparts?

Why do they (cherries from a cherry tree) sometimes grow like that (in triplets) and how often does it happen compared to their regular twin counterparts?


After doing a considerable amount of research, I also wasn't able to find much of any literature that addresses your question, aside from this. From that article it says:

When you think of cherries you imagine them in pairs, don't you? It's also common to find cherries grouped in quadruplets on a single bunch of stems. This happens because of the way cherry flowers bloom -- several pink blossoms grow from a single focal point, and when those flowers wilt and become fruit, the resultant cherries are connected, too. It's smart to keep cherries attached to their stems whenever possible, as they will stay fresh for much longer. And when you're harvesting the fruits, harvest the cherries at the stem (no higher!) or you risk next year's buds snapping off along with them.

The bolded section seemed to be most revealing, and so, I was able to find a time-lapse video that depicts the various stages of the flowering & fruiting process for a cherry tree. The video is only 4 minutes long, and I highly suggest watching it.

From watching the video, it can be confirmed that the statements made by the previously quoted passage are true -- "several (pink) blossoms grow from a single focal point, and when those flowers wilt and become fruit, the resultant cherries are connected, too".

Consider the following series of images, which are screenshots from the time-lapse video. You should view these images in an alternating left to right, right to left fashion, going from top to bottom (so, snake-shaped). 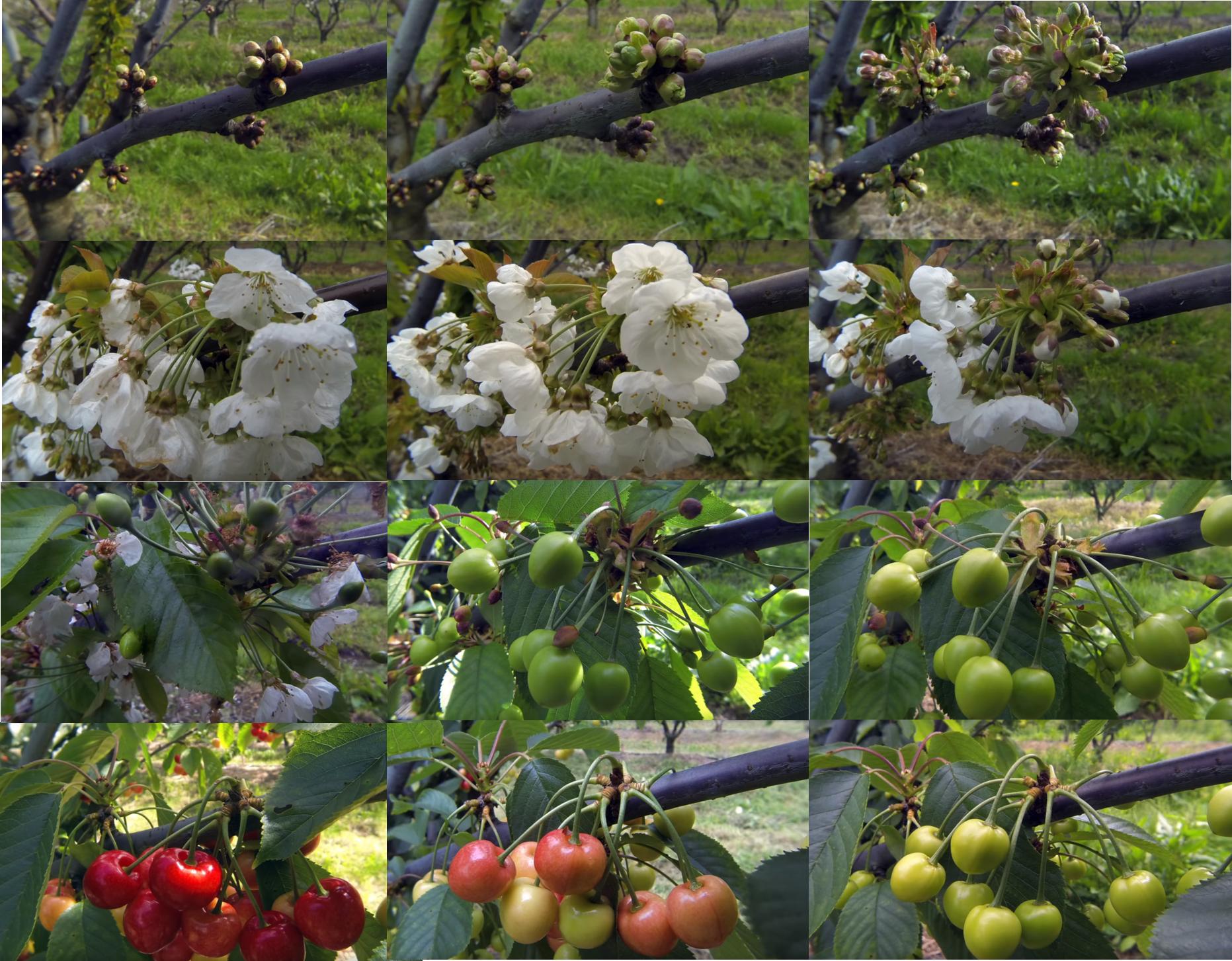 As can be seen, each flower does grow from a shared focal point, and, the cherry fruit does originate out of the exact same location as where the flower was.


What's most interesting to note, and which begins to answer your question, is:

It would then seem to me that, since one of the three cherries are severely underdeveloped (most likely due to limited nutrition & resources), the farmer who is tending to the tree will prune these (underdeveloped) cherries, thus leaving only pairs of two. In extreme cases, perhaps, the third (or even fourth) cherry achieves enough development for the farmer to not consider pruning it, but, this appears to be the exception.

Further supporting this idea, consider the next series of screenshots (from the same video).

When harvesting, the farmer deliberitely picks the cherries by pairs of two. There's even a time when he almost pulls off three, but then makes sure to leave the third. This process of pruning underdeveloped cherries, as well as harvesting in pairs or two, is most likely common practice amongst cherry growers.

And when you're harvesting the fruits, harvest the cherries at the stem (no higher!) or you risk next year's buds snapping off along with them.

Given that quote, it could be that picking in pairs of two is the most efficient method of harvesting that also best ensures the safety of next year's buds. So, to restate the reason, it would appear that cherries are rarely seen in groups of three (or more) due to nutritional constraints, and the pruning & harvesting methods of the farmer, or tree owner.

Not the answer you're looking for? Browse other questions tagged botany growth or ask your own question.

4
Which algae grow fastest under optimal conditions?
5
Do young children grow in spurts
0
What's the cause of the scars on these cherries?
1
How do trees grow?
13
Why do seeds grow upwards?
0
Why don't all plants grow like weeds?