Western cascade forest, definitely was planted. In a clearing in the forest along with some western red cedars. I couldn't find anything that would match it when looking for native Oregon trees. 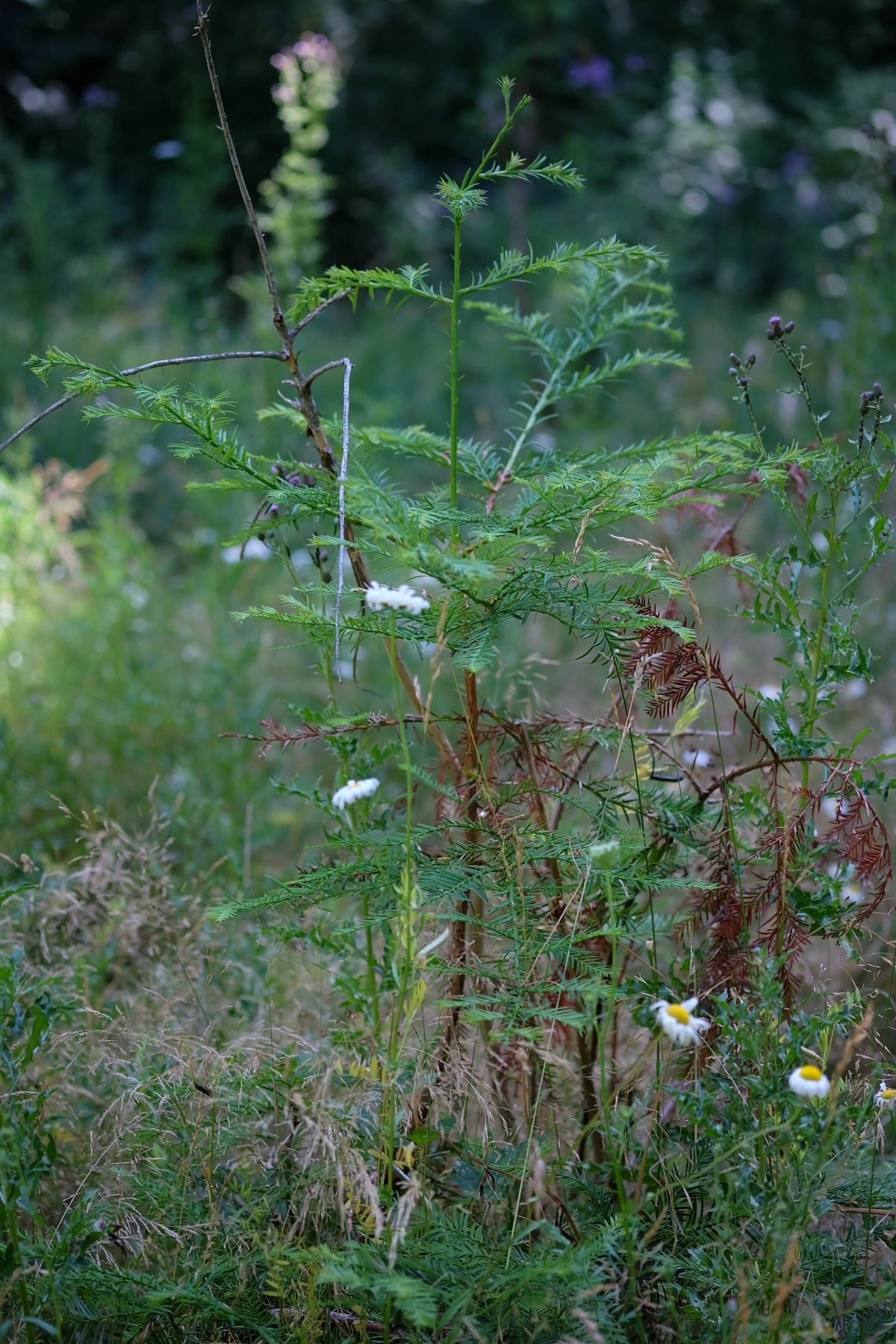 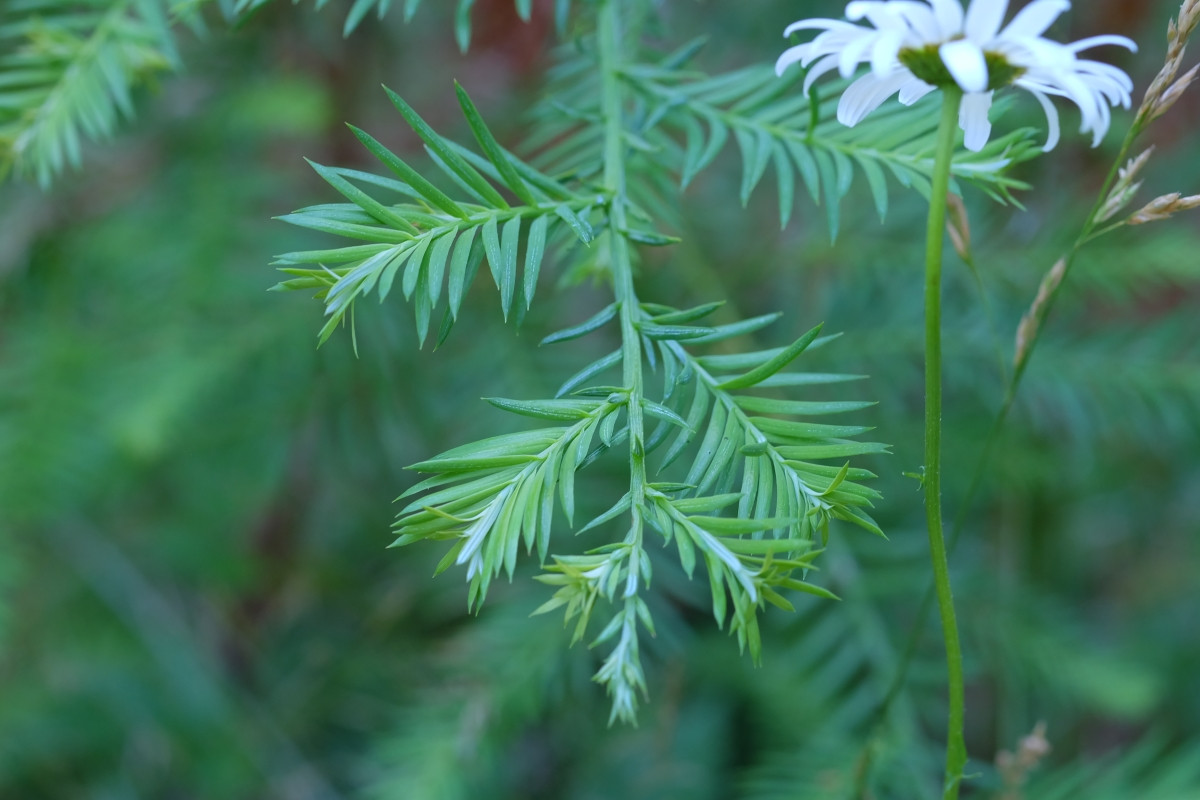 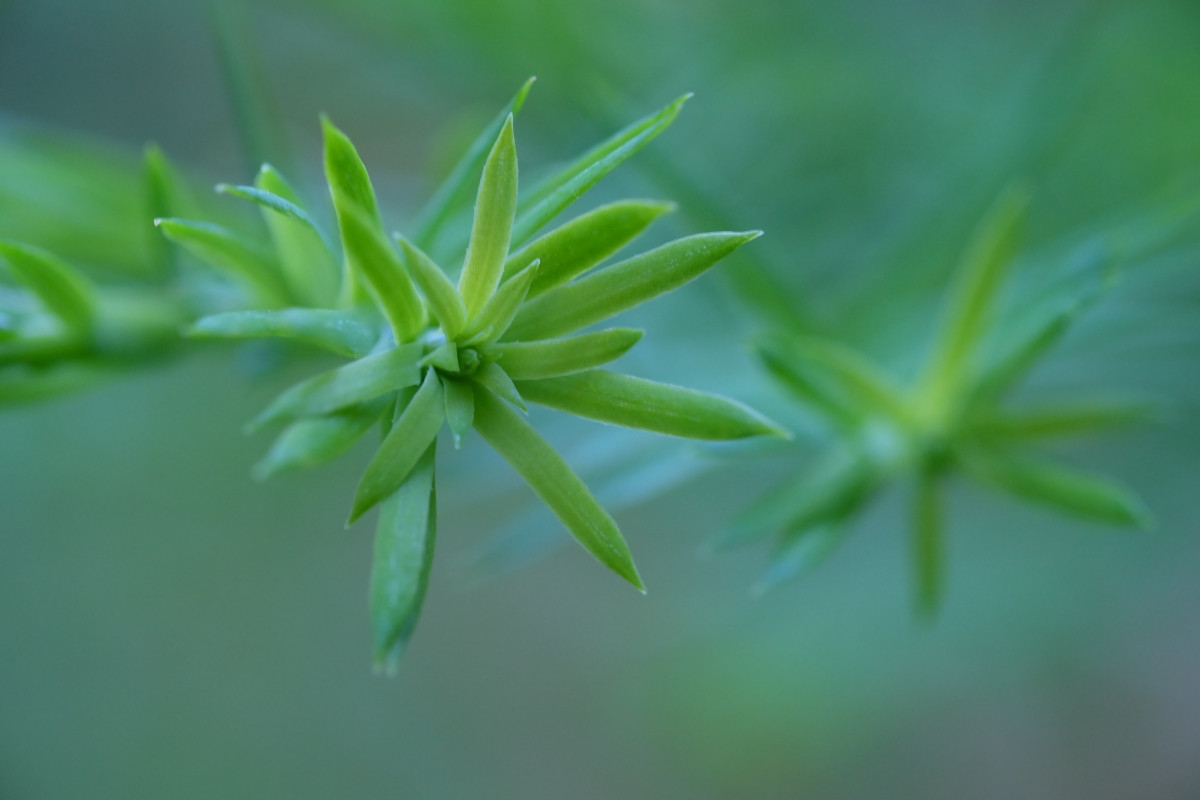 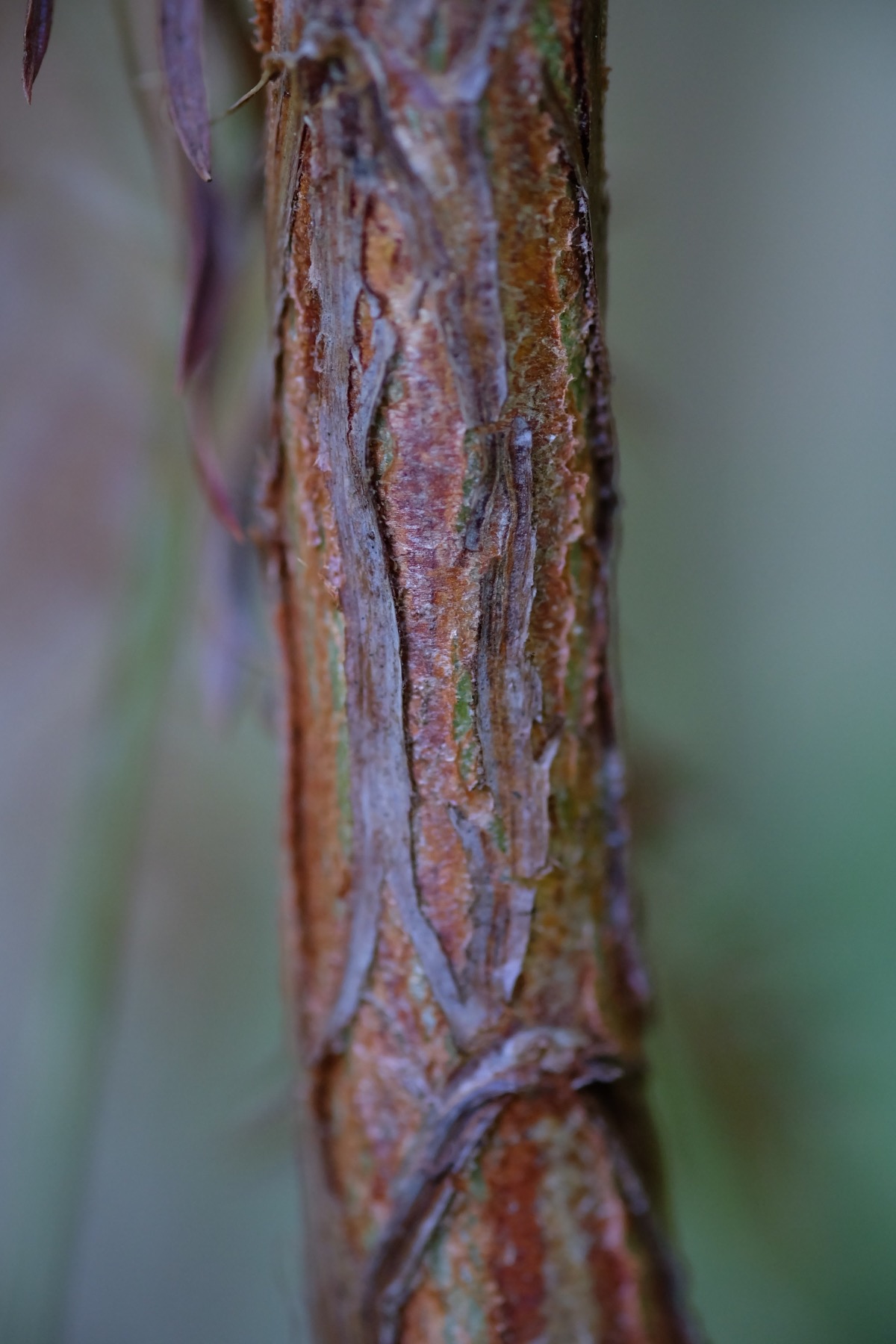 I'm thinking this is a Taxus brevifolia, otherwise known as a "Western Yew". They're most commonly found in the northwest region of the United States; so, even if the tree was planted, it's quite probable that it was still acquired (somewhat) locally. 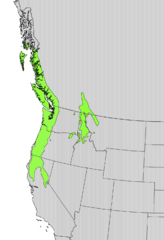 I had a difficult time finding an image that so directly matches the bark image you provide, just from where that tree is so young, but I was able to find a matured version of the tree, which still has a similiar color and bark pattern. I believe that when the tree matures, the vien-like bark sheds, which results in the "scarring" that can be seen in the following image. 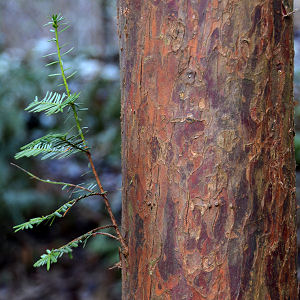 And then here's a few images that show the foliage. Notice the similarities in how the pines flare out, and the coloration of the branches. Once your tree matures, it'll get darker in color and develop small red berries, as can be seen in the following images.

The mature tree is on the left, and the right is still developing (which is most accurate to your images). 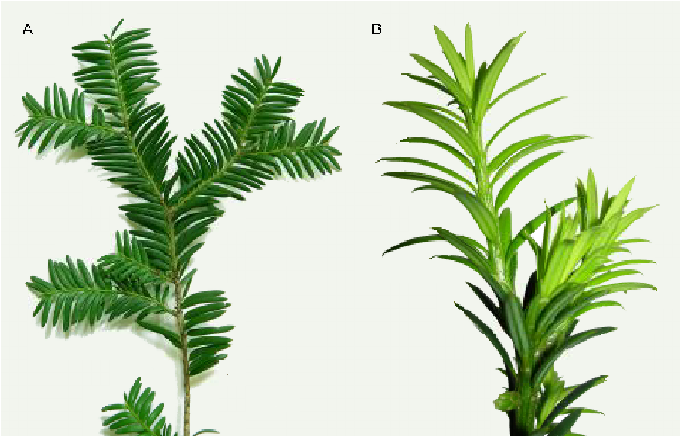 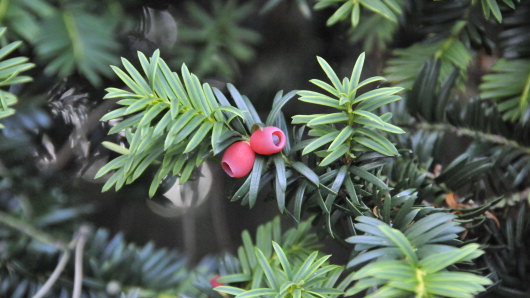 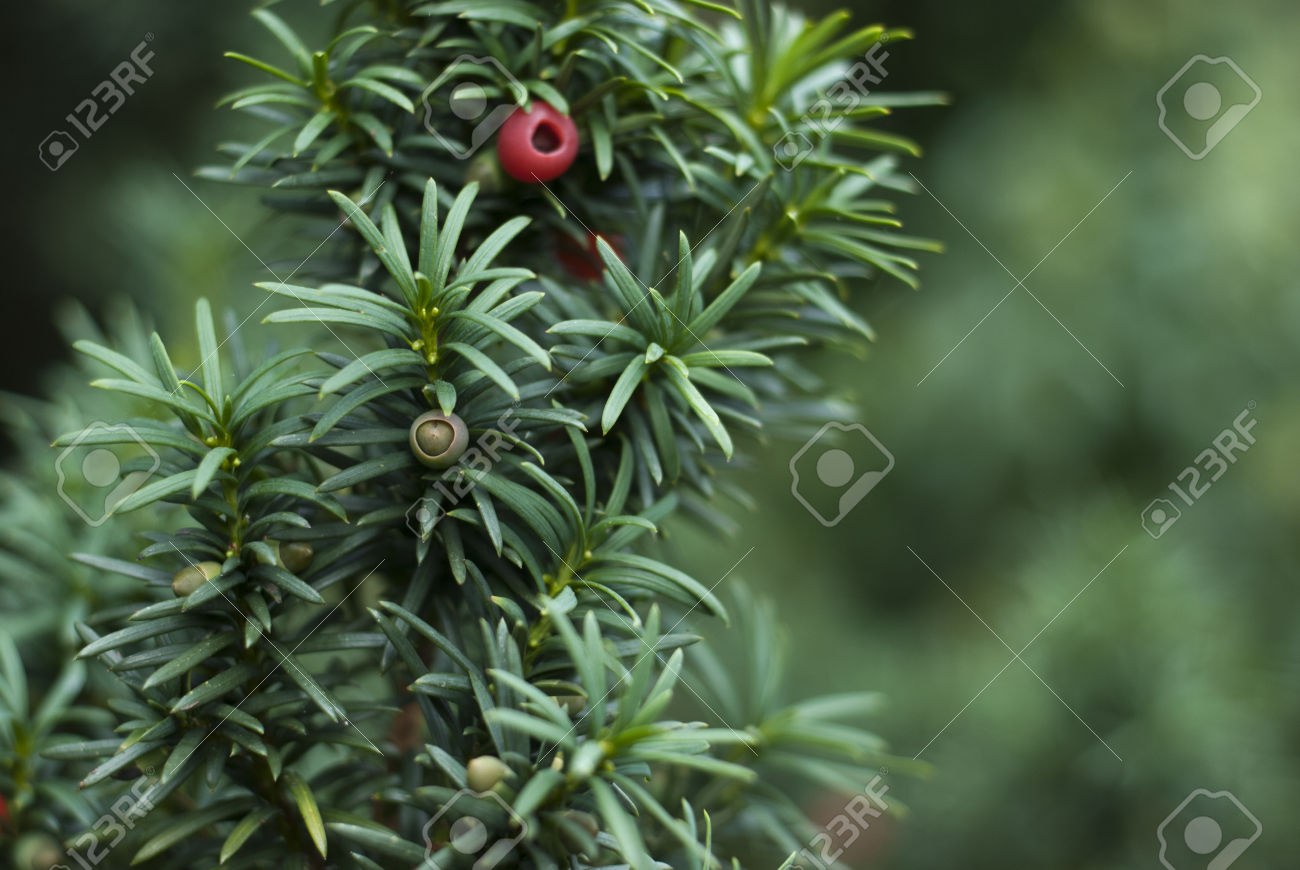 There is a small chance that the species provided by this answer is inaccurate, but I'm sure it's at least within the Taxaceae family.

Not the answer you're looking for? Browse other questions tagged species-identification botany trees or ask your own question.

3
Identify this waterfowl species?
8
Identification of this spider?
4
Do trees grow from the bottom or the top, or is that oversimplifying?
8
Australian Tree Identification Help
5
Tree identification - Oregon
5
What might a supposed “tree enzyme” be — injected into a Morton Bay Fig tree?
2
Is Black mulberry always deciduous?
7
What is the fate of the typical tree?